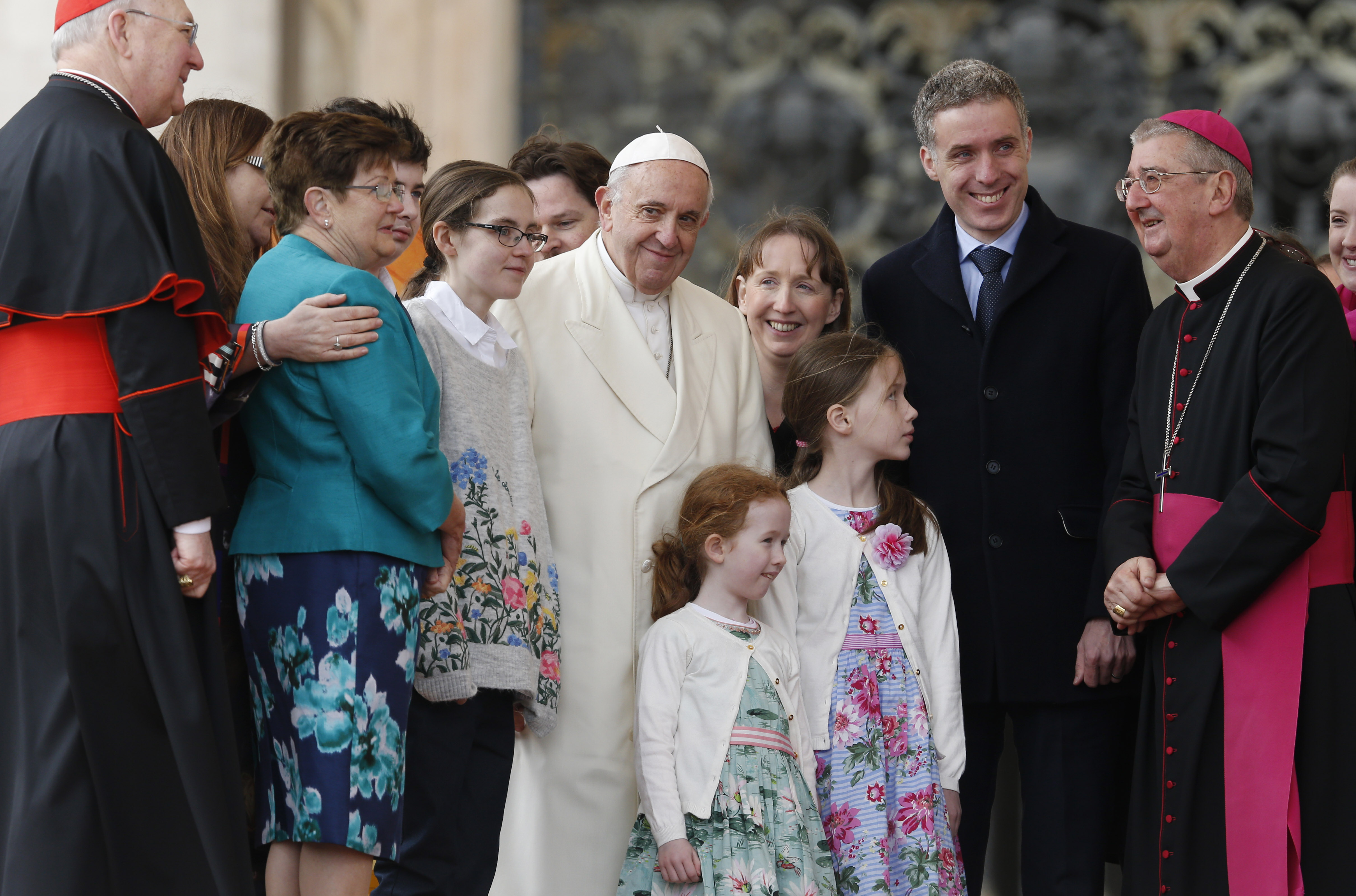 Pope Francis poses for a photo with a delegation of two Irish families led by Archbishop Diarmuid Martin of Dublin, right, during his general audience in St. Peter's Square at the Vatican March 21. (CNS/Paul Haring)

The world lacks tenderness today, but families can help bring it back, Pope Francis said.

"The family is the place of tenderness," he told thousands of Italian police officers and their family members during an audience at the Vatican May 25.

"This era is lacking in tenderness; it's necessary to recover it and the family can help with this now," he said.

The pope met with officials and staff of the Italian police force working in Rome as well as officials from the department of public safety's medical assistance division. Among the huge number of family members present, there were family members of officers killed in the line of duty or by acts of terrorism.

Francis thanked the police force for "the service it renders to the pope and the church."

However, he used his speech to highlight the role and importance of the family when it comes to creating good citizens and handing down religious faith.

The family can help bring balance to an officer's life by providing wisdom, guiding values and a human touch, he said.

"A good family also transmits civic values, educates (how to) feel part of the social fabric and conduct oneself like loyal and honest citizens," he said.

"A nation cannot hold on if families do not fulfill this task," the pope said. "The primary civic education is received in the family."

But the family is also where people learn the faith, learn about love and doing good, which is why healthy families are critical for the future of the world and the church, he said.

Jesus never abandons his children, and he accompanies and guides families in particular, Francis said. "His presence is shown in the tenderness, caresses and hugs of a mother, father and child," he said, adding, "please, never lose tenderness."