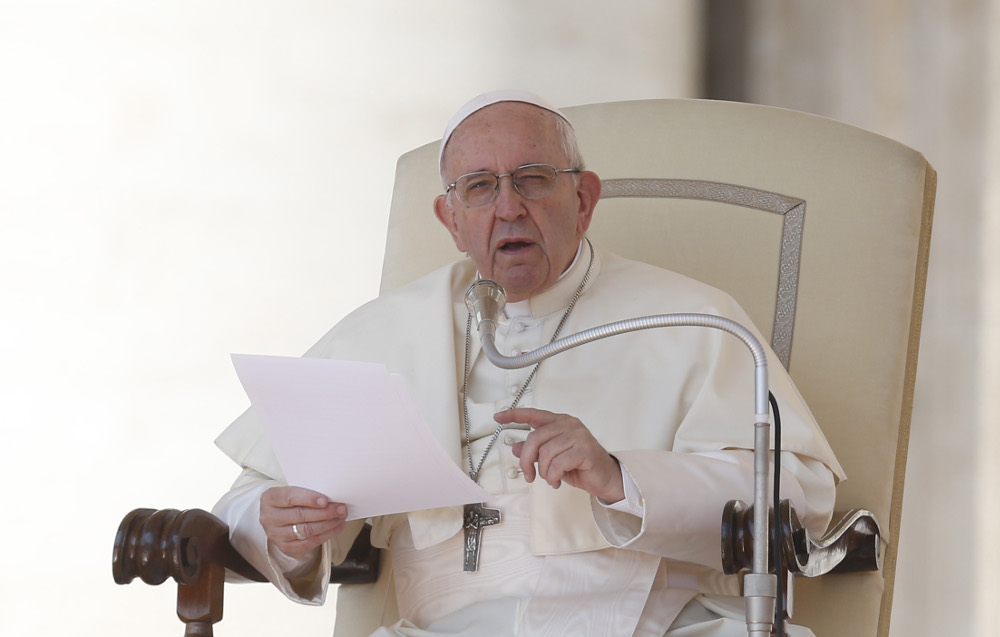 Christian conversion does not entail accusing others, but is shamefully recognizing and sincerely repenting one's own sins, Pope Francis said.

"A sign that a person, that a Christian does not know how to blame oneself is when they are used to accusing others, to badmouth others, to stick their noses in other people's lives. It's a bad sign. Do I do this? It is a good question for getting to the heart" of things, he said in his morning homily Sept. 6.

At morning Mass in the Domus Sanctae Marthae, the pope reflected on the day's Gospel reading of the call of Simon Peter, the fisherman (Lk 5:1-11). Peter was astonished to see the huge number of fish that was caught after Jesus told him to lower the nets into deep water even though they spent a whole night catching nothing. The amazing bounty led Peter to throw himself before Jesus and say, "Depart from me, Lord, for I am a sinful man."

"This is Peter's first decisive step" on the path of being a disciple of Christ — being able to accuse himself of being a sinner, Pope Francis said.

"And this is also the first step for each of us if one wants to go forward" spiritually, and in following and serving Christ. "Without accusing oneself, one cannot walk in the Christian life," he said.

But there is a danger, he said, that people may proclaim themselves "a sinner" superficially, much the same way people might declare themselves to be "human" or "an Italian citizen."

Accusing oneself means feeling shame and misery deep inside one's heart, he said.

This is the only way to make room in one's heart for Jesus and his salvation, he said.

Jesus needs a sincere admission of sins because his gift and grace are not "cosmetic" in which one gets a whole new look with just "a couple of brushstrokes."

Often people go into a confessional as if it were going in "to put on makeup, get made-up a bit so as to come out beautiful," the pope said.

The first step of conversion, the pope continued, is accusing oneself with shame and experiencing the astonishment of feeling saved by Christ.

"We must convert, we must do penance," he said, asking people to reflect on the temptation of accusing others.