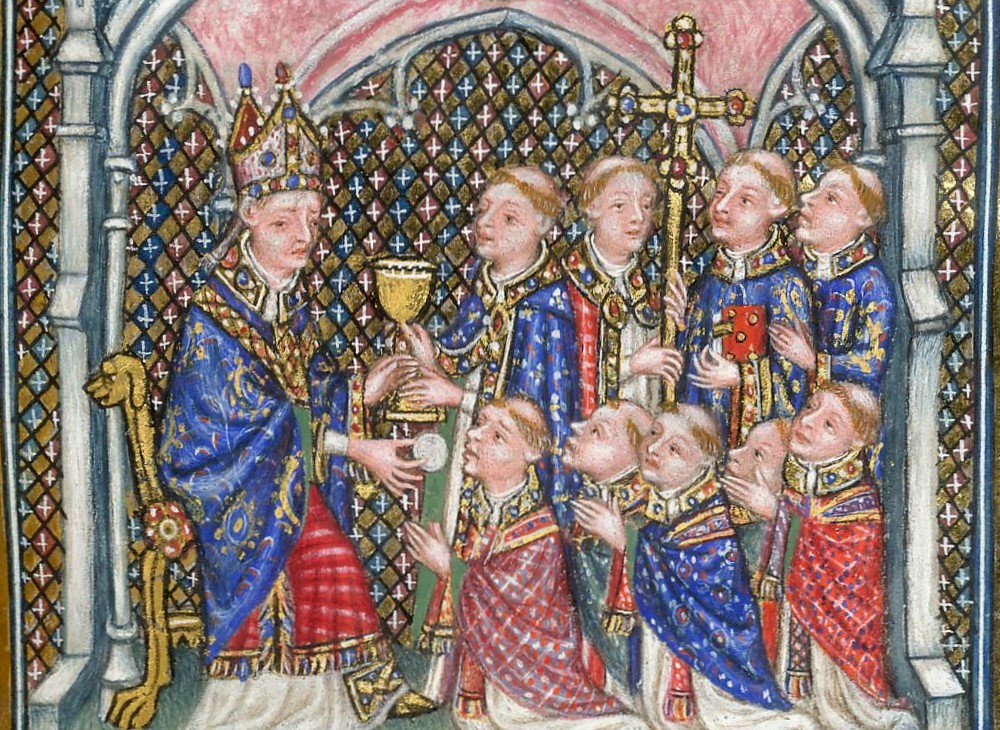 The Synod of Bishops for the Pan-Amazon region discussed two new-old ideas during its October Rome meeting: married priests and women deacons.

News flash: It's about law, not doctrine.

The custom of ordaining only celibate men as priests and the refusal to restore women to the ordained diaconate are practices rooted in legal, not doctrinal determinations. Each is what canon lawyers call a "merely ecclesiastical law."

The time-honored and valuable practice of priestly celibacy has a rather checkered past. Many of the historically documented calls for a celibate priesthood include derogatory comments about their current or potential wives. By the 11th century, priests could not marry and if they had been married before their ordinations, they were admonished not to have relations with their wives.

Well, throughout (and even before) the 11th century, councils and individual clerics argued that women were unclean. Touching a woman disqualified a man from touching the sacred, and there was documented distress about sexual relations. Cardinals and canonists alike routinely called women inferior, unclean and stupid.

For example, Benedictine Cardinal Peter Damian called women the "appetizing flesh of the devil." The Roman Council of 1049 sent wives of clerics off to slavery. In 1139, the Second Lateran Council decried men who were caught up in "marriage and impurity."

So much for women being made in the image and likeness of God.

Clerical celibacy and the abandonment of the tradition of ordaining women as deacons seem related. General misogyny capped by assertions of the "uncleanness" of women, with questions of property added to the mix regarding married clergy, solidified the arguments to keep women away from the sacred. By the 13th century, at least one Dominican scholar was calling women serving at the altar a "disease."

So much for the background. What about the law? Well, mirroring laws on clerical marriage and the ordination of women arise from the same misogynistic swamp.

Regarding clerical marriage: Canon 1037: "An unmarried candidate for the permanent diaconate and a candidate for the presbyterate are not to be admitted to the order of diaconate unless they have assumed the obligation of celibacy in the prescribed rite publicly before God and the Church or have made perpetual vows in a religious institute."

But these are merely ecclesiastical laws. The members of the synod for the Pan-Amazon region either recognized or did not recognize that the law regarding celibacy has been repeatedly and routinely dispensed on a case-by-case basis. Likewise, they either understood the implications of the end of the cursus honorum in 1972 or they did not. No longer is diaconal ordination tied inextricably to sacred ordination as priest. (There is no "unicity of orders" to worry about regarding the diaconate. The diaconate is not the priesthood.)

So, there is no doctrine to discuss. There is no need for yet another synod to figure out whether married men can be ordained as priests or women can become deacons.

Canon law is full of common sense, and all that has to happen is for it to be applied, specifically, Canon 85: "A dispensation, or the relaxation of a merely ecclesiastical law in a particular case, can be granted by those who possess executive power within the limits of their competence, as well as by those who have the power to dispense explicitly or implicitly either by the law itself or by legitimate delegation."

Nothing needs to be invented or changed. There is only the need for the church to exercise its own law.

[Phyllis Zagano is senior research associate-in-residence at Hofstra University in Hempstead, New York. She will speak Nov. 13 at Albertus Magnus College in New Haven, Connecticut. Her books include Women Deacons: Past, Present, Future (in Spanish as Mujeres Diaconos: Pasaso, Presente, Futuro), published in France and Canada as Des femmes diacres and in Portugal as Mulheres diáconos: Passado, presente, futuro. Study Guide is available for free download at https://sites.hofstra.edu/phyllis-zagano/.]