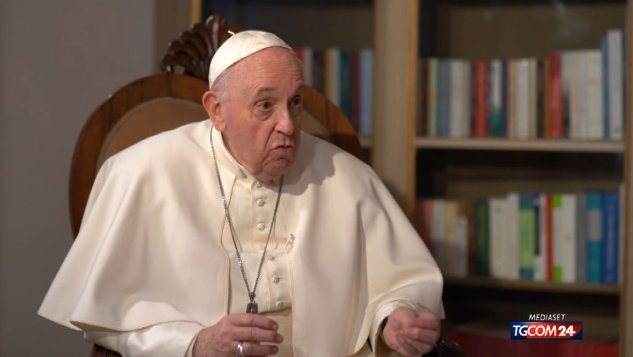 Pope Francis speaks to a reporter in a screen grab from clips of the Jan. 10 interview. (CNS screen grab)

Pope Francis suggested that people have a moral obligation to receive one of the new coronavirus vaccines as soon as possible, revealing in a new interview that he expects to get his own first dose this week.

"I believe that morally everyone must take the vaccine," the pontiff said in a Jan. 10 interview for Italy's TG5 news program. "It is the moral choice because it is about your life but also the lives of others." 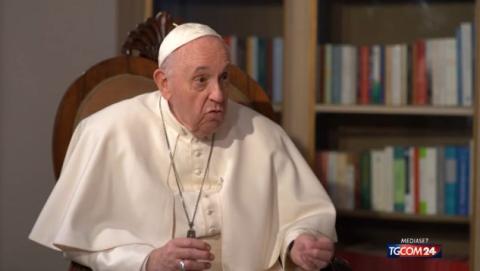 Pope Francis speaks to a reporter in a screen grab from clips of the Jan. 10 interview. (CNS screen grab)

The pope, who said he has already made an appointment with the Vatican's health service for his own inoculation, also lamented that some people are saying they will not take a vaccine.

"I do not understand why some say that this could be a dangerous vaccine," said Francis. "If the doctors are presenting this to you as a thing that will go well and doesn't have any special dangers, why not take it?"

"There is a suicidal denialism that I would not know how to explain but today people must take the vaccine," the pontiff continued.

Francis' remarks are the latest in a series of firm signals to the world's 1.3 billion Catholics that he and the Vatican strongly support the global vaccination effort.

Earlier in December, the Vatican's doctrinal office issued an unusually prompt note saying it is "morally acceptable" for Catholics to take the new vaccines. And the Vatican's own health service is about to begin offering the Pfizer/BioNTech vaccine to the city-state's residents, staff members, and their families.

Francis did not say specifically when he would receive the vaccine, and the Vatican has not offered further comment on the pope's plans.

The pontiff also spoke in the interview about the violent Jan. 6 attack on the U.S. Capitol, saying it left him "astonished" and surprised that such a scene could unfold in a country with a long history of practicing democracy.

Asked how his own daily life has changed because of the coronavirus pandemic, Francis said he first felt "caged in" during Italy's spring 2020 lockdown but then "calmed down."

"I took life as it came," said the pope. "You pray more, you speak more, you use the telephone more."

Francis also mentioned that he had to cancel several of his planned trips abroad, making 2020 the first year without papal travel outside Italy since 1979. The pope revealed he is not sure if his plan to visit Iraq this March will go forward.

"In conscience, I cannot cause assemblies, no?" said the pontiff. "Now, I do not know if the next trip to Iraq will happen."

"It has changed our lives," Francis said of the pandemic. "But the Lord always helps us."