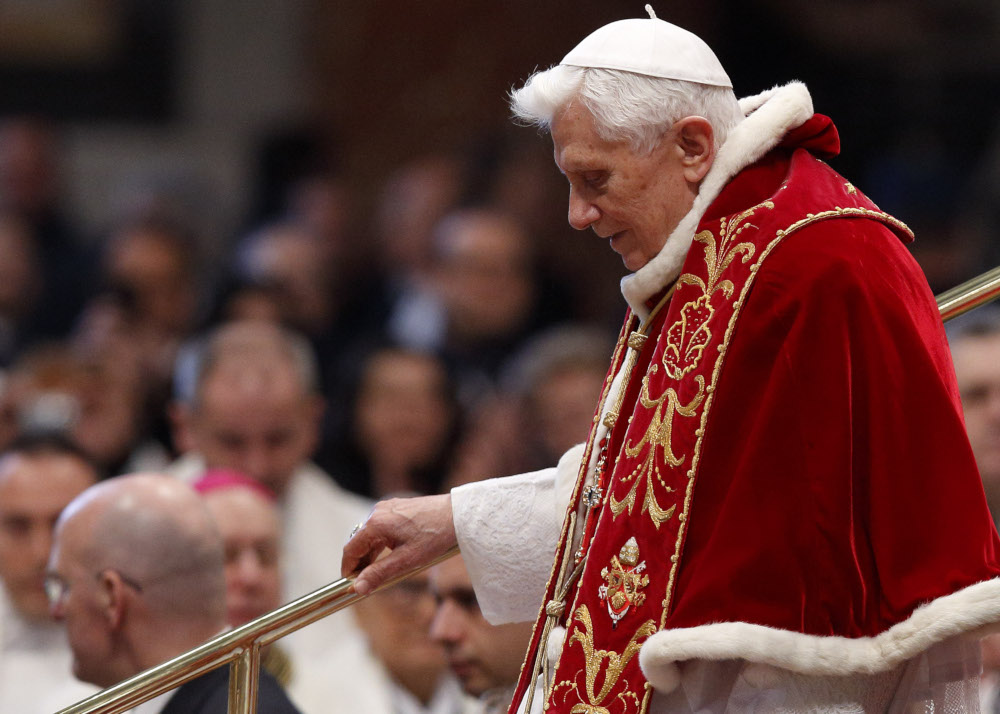 Retired Pope Benedict XVI has coauthored a new book defending the Catholic Church's practice of a celibate priesthood, in a shocking move that comes as Pope Francis is considering the possibility of allowing older, married men to be ordained as priests in the Amazon region.

According to excerpts from the volume released Jan. 12 by the conservative French outlet Le Figaro, the ex-pontiff says he could not remain silent on the issue as Francis is contemplating the move, which was requested by the bishops from the nine-nation Amazon region at October's Vatican synod gathering.

The book is co-written with Cardinal Robert Sarah, the head of the Vatican's liturgy office. It is to be released in France Jan. 15 and carries the title Des profondeurs de nos cœurs ("From the Depths of Our Hearts).

Although the volume is yet to be seen in full, it appears to signify something as yet unexperienced in the two millennia history of the Catholic Church: a retired pope openly weighing in on something currently under consideration by his successor, the reigning pontiff.

One noted theologian reached shortly after the release of the excerpts called Benedict's decision to write on the issue a "serious breach."

"It interferes with a synodal process that is still unfolding after the Amazon synod … and threatens to limit the freedom of the one pope," said Massimo Faggioli, a historian and theologian at Villanova University.

In a summary accompanying excerpts from the new book, Le Figaro indicates that Benedict and Sarah wrote separate portions of the volume, but co-signed both the introduction and the conclusion.

Benedict, according to the excerpts, claims that priesthood and celibacy are integrally linked together. The former pope, aged 92, also claims that while priests were commonly married in the first millennium of western Christianity, those with spouses were expected to observe abstinence after ordination.

Sarah speaks more directly to Francis, openly asking the pope not to allow for married priests.

"I humbly beg Pope Francis to … veto any weakening of the law of priestly celibacy, even limited to one or the other region," writes the cardinal.

The 185 members of October's monthlong synod gathering considered the issue of married priests from the perspective of the pastoral needs of the Amazon region, where some Catholics can go for months or even years without access to the sacraments because of the difficult terrain and a shortage in the number of active ministers.

In their final document, the synod members suggested by a vote of 128-41 that Francis allow for bishops in the region to ordain current married deacons as priests, should circumstances so merit.

The text also prioritized the place of the Eucharist in a Catholic's life. "There is a right of the community to the celebration, which derives from the essence of the Eucharist and its place in the economy of salvation," it said.

Francis is known to be working on an apostolic exhortation responding the synod document, in which he is expected to respond to the bishops' request to allow for the ordination of married priests.

Celibacy, which has been the norm for priests in the western church for about 800 years, is a practice and not a revealed dogma. The Catholic Church currently allows for the ordination of married priests in a number of different circumstances, such as when a minister from some other Christian denominations decides to become Catholic.

The Vatican press office did not immediately respond to a request for comment on Benedict and Sarah's book.