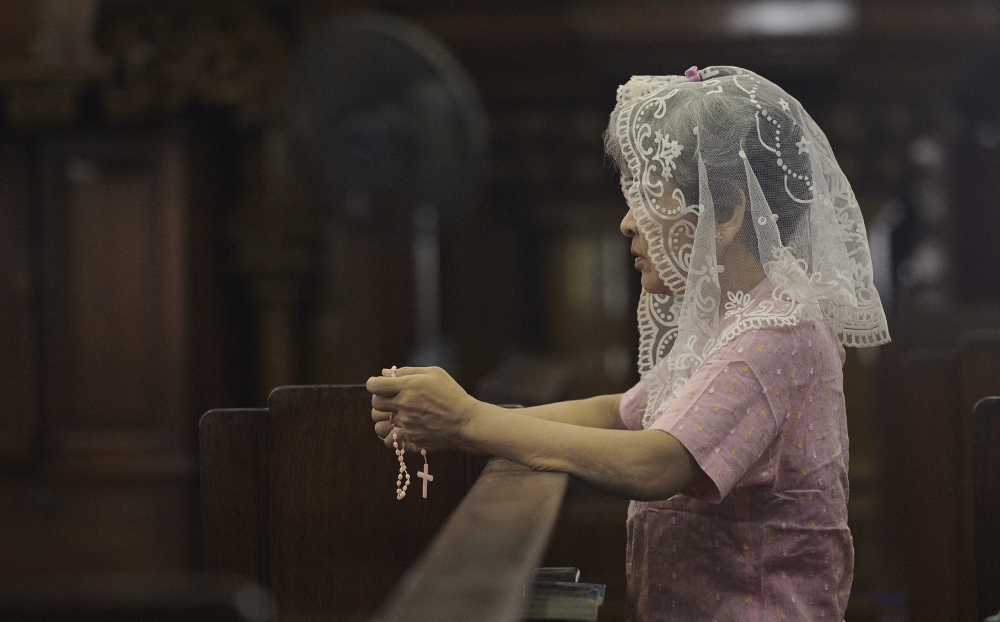 Pope Francis will undertake one of the most overtly political foreign visits of his papacy in late November, traveling to the Catholic minority countries of Myanmar and Bangladesh as global attention has been drawn to majority Buddhist Myanmar's persecution of hundreds of thousands of Rohingya Muslims.

While the pope has shown a unique ability to thread tough diplomatic needles in his trips abroad — his visit to Colombia in September, for example, was praised for the careful way he backed a widely unpopular peace deal with guerilla militants — the upcoming Nov. 26-Dec. 2 Asian sojourn may test even his skill set.

Human rights advocates and experts with experience in the region want Francis to confront Myanmar's de facto prime minister, Aung San Suu Kyi, a Nobel Peace Prize laureate, over her country's treatment of the Rohingya. Some 537,000 of the minority group have fled violence in Myanmar's western state of Rakhine for neighboring Bangladesh, according to U.N. figures.

But local church leaders have advised the pope to refrain while in the country from specifically mentioning the Rohingya by name, for fear of reprisals from Myanmar's military, which still has control of the nation despite a process of democratic reforms that began in 2015 after a half-century of military rule.

Experts said in interviews that Francis' best chance to bring about some change in Myanmar's treatment of the Rohingya might be in using his public addresses and private meetings in the country to draw on common Christian and Buddhist values of compassion and loving kindness.

David Steinberg, a specialist on Myanmar who has written several books about the country, said that should the pope focus on the convergence between Christian and Buddhist value systems, that "opens the way for him to say things that require him to be concerned about the plight of the Rohingya."

Lynn Kuok, a respected regional analyst who wrote a 2014 report on Myanmar for the Center for Strategic and International Studies after visiting the country, said she had hope that the pope's visit could "increase pressure on the government" to address its treatment of the Muslim minority.

The Myanmar military says it launched operations against the Rohingya earlier in the year following insurgent attacks in Rakhine. The top U.N. human rights official, Zeid Ra'ad Al Hussein, said in September that the military operations were "clearly disproportionate" to the original insurgent attacks and had resulted in "a textbook example of ethnic cleansing."

The Vatican announced Francis' visit to Myanmar and Bangladesh Aug. 28, before full details of Myanmar military's operation against the Rohingya were known. The trip was initially seen as a way for Francis — who had the Vatican establish full diplomatic relations with Myanmar for the first time in May after a visit to Rome by Suu Kyi — to support the country's transition to democracy. 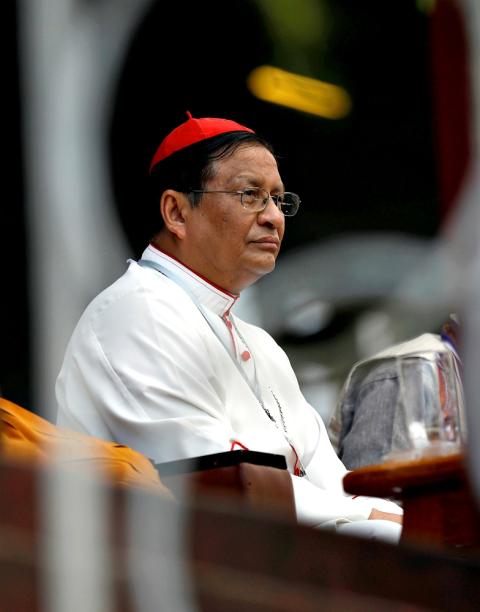 The pope has spoken specifically about Myanmar's treatment of the Rohingya. In remarks following his weekly Sunday Angelus prayer in St. Peter's Square Aug. 27, for example, he said he had learned of the "persecution" of "our Rohingya brothers and sisters" and asked for prayer that they would be "given their full rights."

But Myanmar Cardinal Charles Bo told Reuters in early November that he has advised Francis to stay away from specifically saying the word Rohingya while he is in their country, because the government views it as inflammatory.

"We have asked him at least to refrain from using the word 'Rohingya' because this word is very much contested and not acceptable by the military, nor the government, nor the people in Myanmar," said Bo.

An associate of Bo's told NCR the country's bishops had decided to honor a request from political authorities not to comment on the possible impact of Francis' visit before his arrival, and to ask lay Catholics to also refrain from commenting.

Kuok said she understood that Myanmar's Catholics face the danger of reprisal if they speak too loudly about the treatment of the Rohingya, but she found the idea of not mentioning the group by name "disappointing."

"I don't see how the pope can not talk about the Rohingya and name them by name [without] appearing to condone the Myanmar government's position," she said.

Francis' schedule in Myanmar is relatively light compared to his earlier foreign trips. His official visits will begin Nov. 28 with meetings with Suu Kyi and the nation's other political leaders.

The pope will then celebrate a Mass Nov. 29 for the country's small Catholic community before meeting with the State Sangha Maha Nayaka Committee, which oversees Myanmar's Buddhist clergy. He will leave for Bangladesh the morning of Nov. 30.

Both Kuok and Steinberg expressed most hope about the pope's meeting with the state-controlled Buddhist committee. Steinberg, a distinguished professor of Asian studies at Georgetown University, suggested that any concerns Francis expresses to the Buddhist leaders could "trickle up" to the military leadership.

"Any government in that country has to rely on Buddhism for their legitimacy," Steinberg said. "If the hierarchy comes out [on an issue] strongly enough, that is important to the military."

"The pope would not say something like this publicly, but he could say: 'Look, what is happening ... is destroying the reputation of the military as leaders of the country and as Myanmar on the world scene,' " Steinberg suggested.

Kuok called the meeting with the Buddhists a "good place to start." But she also said the committee does not represent some of the more right-wing Buddhist elements in Myanmar, which see the Rohingya as an ethno-nationalist threat.

"The pope certainly can speak to the council and talk about the importance of peaceful religious relations," she said. "But the question is how much can the state council influence the more radical right-wing Buddhist groups?"

Ali Riaz, a Bangladeshi native who is now a professor of politics and government at Illinois State University, said Bangladeshis expect Francis to "speak very clear and loudly" about the situation facing the Rohingya.

Riaz said his country expects the pope to "speak to the Myanmarese leadership in very clear, certain terms: This is unacceptable, this is not good for humanity, it is not good for anyone in the region and beyond." 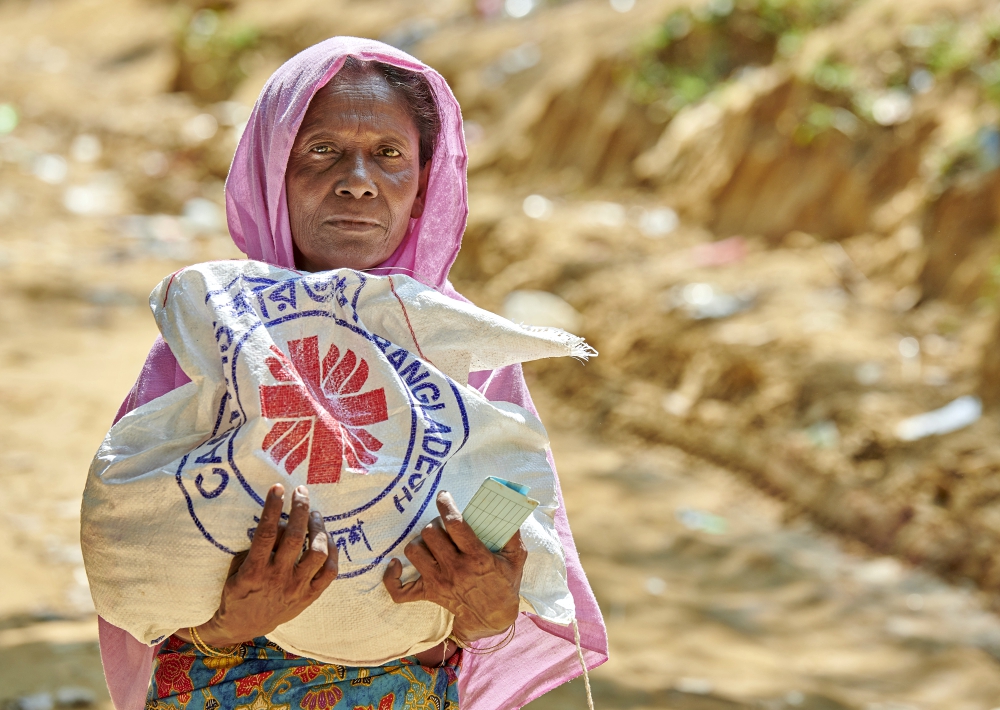 A Rohingya woman carries a bag of food provided by Caritas in the Mainerghona Refugee Camp Oct. 27 near Cox's Bazar, Bangladesh. (CNS/Paul Jeffrey)

In Bangladesh, Francis is to meet with President Abdul Hamid after landing in the capital of Dhaka on Nov. 30. The pope is to meet with Prime Minister Sheikh Hasina Dec. 1, after which he is to speak to the country's bishops and take part in an interreligious and ecumenical peace meeting.

Francis is to return to Rome Dec. 2 after meetings with Bangladeshi young people and priests and religious in the country.

Riaz, who has written several books on Bangladesh, including a 2016 history of its politics since independence in 1971, said the pope's visit will be a "momentous event" for his home country.

He said he hoped Francis would raise the theme of inclusion of religious and ethnic minorities while in the country and would ask political leaders to focus on helping the poor as the country continues its recent economic growth.

"The economic growth that Bangladesh has experienced needs to be shared," said Riaz. "The message of sharing should come from the pope and when it comes from the pope, it will make enormous impact on the society."

This story appears in the Francis in Myanmar and Bangladesh feature series. View the full series.
A version of this story appeared in the Dec 1-14, 2017 print issue under the headline: Asia trip may test Francis' diplomatic skills.