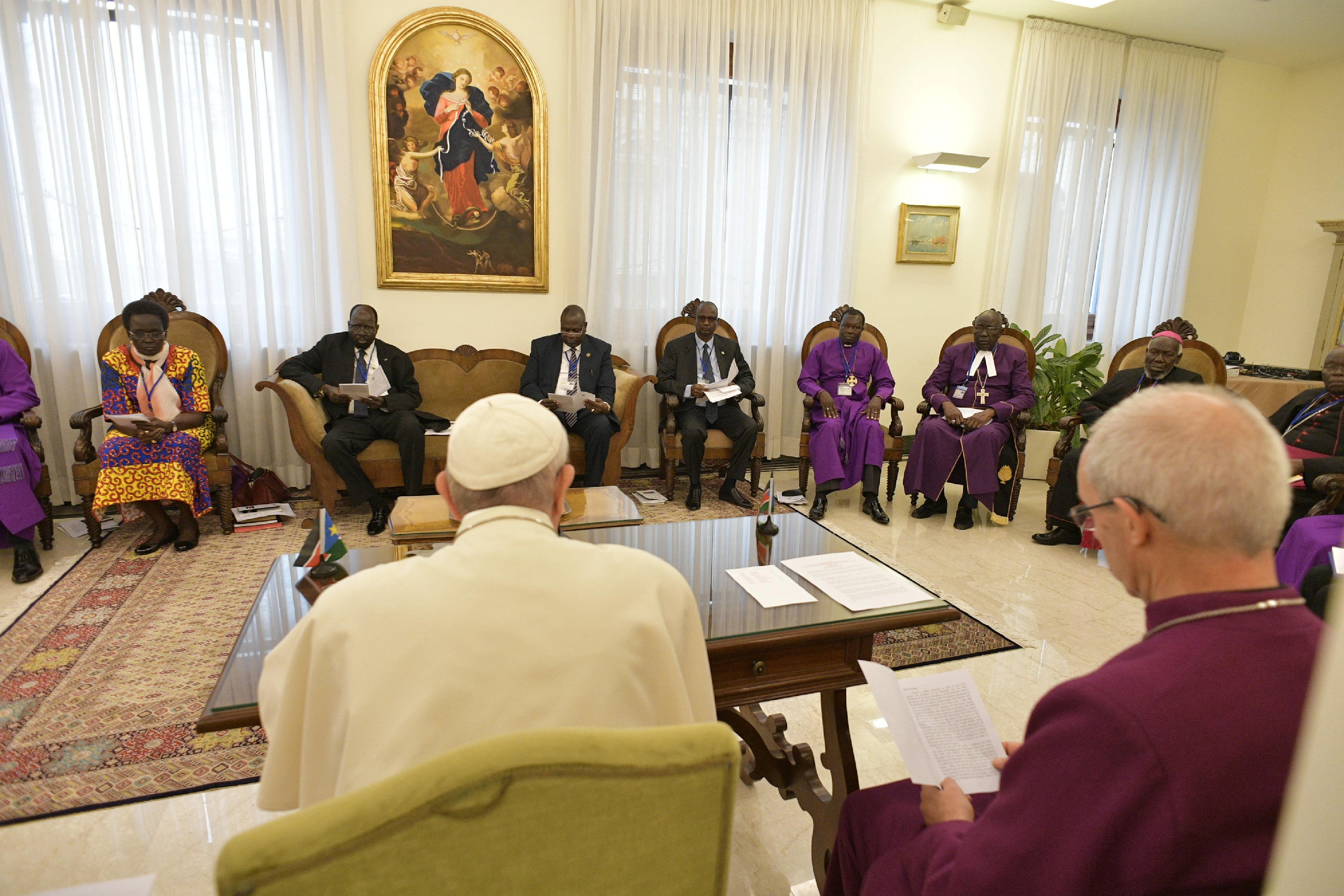 Pope Francis is seated next to Anglican Archbishop Justin Welby of Canterbury, England, spiritual leader of the Anglican Communion, during a meeting at the end of a two-day spiritual retreat with South Sudanese leaders at the Vatican in this April 11, 2019, file photo. The pope plans to visit South Sudan July 5-7. (CNS/Vatican Media via Reuters)

Pope Francis' much anticipated and twice delayed trip to South Sudan and the Democratic Republic of Congo is back on, the Vatican announced on Dec. 1.

Francis will travel first to the Democratic Republic of Congo capital of Kinshasa on Jan. 31, 2023 and then will visit South Sudan from Feb. 3 to 5, where he will be joined by the archbishop of Canterbury, Justin Welby, and the moderator of the Church of Scotland, Iain Greenshields.

The historic ecumenical trip will mark the pope’s third visit to sub-Saharan Africa. The journey will mark the first time a pope has visited the world's youngest nation of South Sudan and only the second papal visit to the Congo, which is home to Africa's largest Catholic population.

Plans for the three faith leaders to travel to the war-torn nation of South Sudan have been underway since 2017, when the visit was first canceled due to the country's violent conflict and deteriorating conditions.

In the years that followed, the leaders of the three Christian churches sought to encourage South Sudan's delicate peace process, meeting together with the South Sudanese president and the country's rebel leadership at the Vatican in 2019.

In a now memorable scene from that encounter, Francis knelt down and kissed the feet of the five-member leadership delegation, begging both the president and the rebel leadership not to return to civil war. Nearly 400,000 people have been killed since the war began in December 2013 and an estimated 4 million people have been displaced.

The visit was rescheduled for July 2022, but less than one month beforehand the pope was forced to cancel, citing ongoing knee problems.

Following this summer's postponement, the Vatican's secretary of state, Italian Cardinal Pietro Parolin, visited both countries in July, pledging that Francis would make the trip as soon as possible.

"I come, like John the Baptist, to prepare his arrival," Parolin said during his time in the South Sudan capital of Juba.

Although the 85-year-old pope continues to struggle with mobility issues and knee pain, in recent months he has traveled to Canada, Kazakhstan and Bahrain, using both a wheelchair and a walking cane when necessary.

During a virtual dialogue with students from across the African continent last month, one Congolese student asked the pope when he would visit to comfort those who are suffering.

"When will you come to meet all of those women and mothers who have suffered rape to express God's compassion to them?" she asked, citing the violence caused by rebel groups in the country.

At the time, Francis hinted that he hoped to travel there in February 2023, which will mark his 40th international trip since being elected pope in 2013.

This story appears in the Pope Francis in Congo and South Sudan feature series. View the full series. 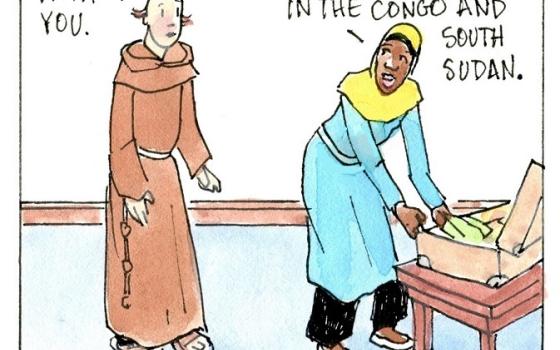