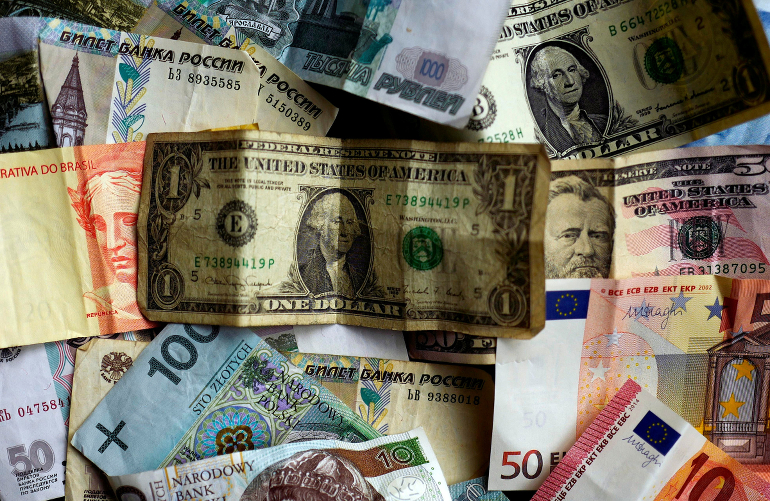 Two Vatican offices have taken the global financial system to task, decrying in a new document the way markets primarily serve the world's wealthiest minority and stress profit to an extent that creates "a profoundly amoral culture."

In a joint venture giving theological weight to Pope Francis' frequent criticism that "this economy kills," the Congregation for the Doctrine of the Faith and the Dicastery for Promoting Integral Human Development also warn that global markets are returning to past heights of "myopic egoism" 10 years after the financial crisis of 2008.

"Markets, the powerful propeller of the economy, are not capable of governing themselves," the Vatican offices state in the document, titled Oeconomicae et pecuniariae quaestiones and released May 17.

"It is time to initiate the recovery of what is authentically human, to expand the horizons of minds and hearts," they say. "It is ... the duty of the competent agents and of those responsible to develop new forms of the economy and of finance, with rules and regulations that are directed towards the progress of the common good."

The new document, given the subtitle "Considerations for an Ethical Discernment Regarding Some Aspects of the Present Economic-Financial System," fleshes out some of the critiques Francis has made of the capitalist system throughout his five-year papacy.

Over 16 pages, the two Vatican offices address both the overall vision of the world's market system and some of the technical aspects of finance that they say are worsening global inequality.

The central argument of the document is that the economic system should "aim above all to promote the global quality of life that, before the indiscriminate expansion of profits, leads the way toward the integral well-being of the entire person and of every person."

"No profit is in fact legitimate when it falls short of the objective of the integral promotion of the human person, the universal destination of goods, and the preferential option for the poor," it states.

While the document acknowledges that many financiers and stock traders are "animated by good and right intentions," it says global markets have become "a place where selfishness and the abuse of power have the potential to harm the community beyond match."

It says that although some modern wealth creation techniques are not "directly unacceptable from an ethical point of view," they can be "instances of proximate immorality, that is, occasions that readily generate the kind of abuse and deception that can damage less advantaged counterparts."

"Money in itself is a good instrument ... and is a means to order one's freedom and to expand one’s possibilities," it continues. "Nevertheless, the means can easily turn against the person."

"Likewise, the financial dimension of the business world, focusing business on the access of money through the gateway of the world of stock exchange, is as such something positive," it states. "Such a phenomenon, however, today risks accentuating bad financial practices concentrated primarily on speculative transactions of virtual wealth."

The document reserves some of its strongest language for the way those who run the financial system are trained in their craft, saying "the objective of mere profit easily creates a perverse and selective logic that often favors the advancement of business leaders who are capable, but greedy and unscrupulous."

Such training, it says, helps "create and diffuse a profoundly amoral culture — in which one often does not hesitate to commit a crime when the foreseen benefits exceed the expected penalty."

"Such behavior gravely pollutes the health of every economic-social system," it continues. "It endangers the functionality and seriously harms the effective realization of that common good, upon which is necessarily founded every form of social institution."

Among the financial practices that receive the sharpest criticism from the Vatican offices is use of offshore accounts in order to avoid taxation on wealth.

"Today, more than the half of the commercial world is orchestrated by noteworthy persons that cut down their tax burden by moving the revenues from one site to another," they state. "It appears clear that all these have removed decisive resources from the actual economy and contributed to the creation of economic systems founded on inequality."

"Tax avoidance on the part of primary stakeholders, those large financial intermediaries, who move in the market, indicate an unjust removal of resources from the actual economy, and this is damaging for the civil society as a whole," they continue.

"All this ... indicates a structure that, as it is formed today, seems to be totally unacceptable from the ethical point of view," they state.

The document concludes with a call for all people, even modest consumers, to work towards making the financial system fairer.

"In front of the massiveness and pervasiveness of today's economic-financial systems, we could be tempted to abandon ourselves to cynicism, and to think that with our poor forces we can do very little," it states. "In reality, every one of us can do so much, especially if one does not remain alone."

Giving the example of someone choosing what to buy at a store, it says "it is necessary to train ourselves to make the choice for those goods on whose shoulders lies a journey worthy from the ethical point of view."

The Vatican document, dated Jan. 6 and approved by Francis, is signed by the heads of the two dicasteries: Archbishop Luis Ladaria and Cardinal Peter Turkson, along with their seconds-in-command.

A version of this story appeared in the June 1-14, 2018 print issue under the headline: Vatican denounces unfair global financial system.