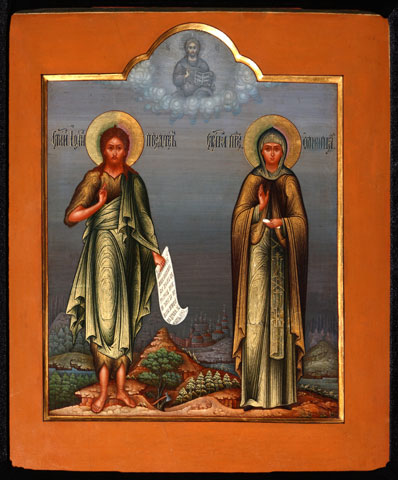 Pope Francis' call for a discussion of reestablishing women deacons in the church has understandably renewed interest in the history of women deacons. Three very important questions are being asked:

First, there is no question that there were women deacons in the past, both in the Eastern and in the Western churches. I refer to "women deacons" in this article, not "deaconesses." Though historical sources use diacona (women deacon) and diaconissa (deaconess) interchangeably, there were not two groups, only one. Using the one term removes any ambiguity.

Women deacons continue to exist in some Eastern Christian communities down to the present day. The existence of the order of women deacons in Christian tradition is not, and should not be, in dispute.

What, then, did these women deacons do? Not surprisingly, they played different roles in different times and places. This is true of all of the orders in the church. Church structure has changed throughout history to meet to the needs of the time.

The roles that all these women held in common seem to have been the reading of the Gospel, preaching and teaching. Some played liturgical roles, particularly in the East. These roles paralleled the roles played by male deacons and that is why, of course, the women were called deacons at all. One was not likely to call them deacons unless they did what deacons do.

This wide variety tells us something important. If women deacons are once again established in the Roman Catholic church, their role should depend on the needs of the church now, not on one of their earlier incarnations.

If we wish to be traditional, we should do what our predecessors did, that is, provide an ecclesial structure and roles within that structure that best enable the Christian community to live the selfless life that the risen Lord empowers us to lead. This is what the Second Vatican Council (1962-65) did when it reestablished the permanent male diaconate.

In short, the past does not and should not tell us what a re-established female diaconate should look like, beyond the obvious point that women deacons should do what all deacons do, provide service to community, preach and play certain liturgical functions.

The thorniest question of all, of course, is whether women deacons in the past were considered part of the major order of the diaconate and so equivalent to the male deacons. The question is tricky because ordination itself was understood very differently in the first millennium of Christianity.

Ordination originally meant the selection of a member of a particular Christian community and installation of that member into a particular function within that community. Ordination did not give a person an irrevocable power that she or he could exercise anywhere.

Since there was no ontological difference between the different orders, the distinction between major and minor orders was simply not that important. Some jobs might be more important than others, but all were service to the local community.

Perhaps the best one can do is look to see if women deacons were treated the same way in ordination ceremonies as male deacons were.

On the other hand, the ordination, like that of a male deacon, is performed by the bishop at the altar during Mass, during which the bishop places the stole of a deacon (an orarium in Latin) on the shoulders of the woman deacon.

In the Eastern rites, the similarities between the ordination of a male and female deacon are more striking. Both ordinations were held at the altar, not outside the altar area, as were the minor orders. The bishop placed his hands on the head of the candidate for the ordination and places the stole (orarium) around her neck in the same way as was done for the male deacons.

On the whole, the arguments for the latter seem stronger, but again history will not solve this issue. Rather, history tells us that we can, if we wish, ordain women into the major order of the diaconate but, again, we are free, as were our foremothers and forefathers, to do what is best for the church as it exists now.

To conclude, the most important lesson the history of women deacons offers the church as it considers their re-introduction is that the diversity of history should free us to choose what is best for the church now. Indeed, that is what real fidelity to tradition means and has always meant.

[Gary Macy holds the John Nobili, SJ, Chair of Theology at Santa Clara University and directs the Graduate Program in Pastoral Ministries at the university.]

A version of this story appeared in the June 3-15, 2016 print issue under the headline: Women deacons in history.