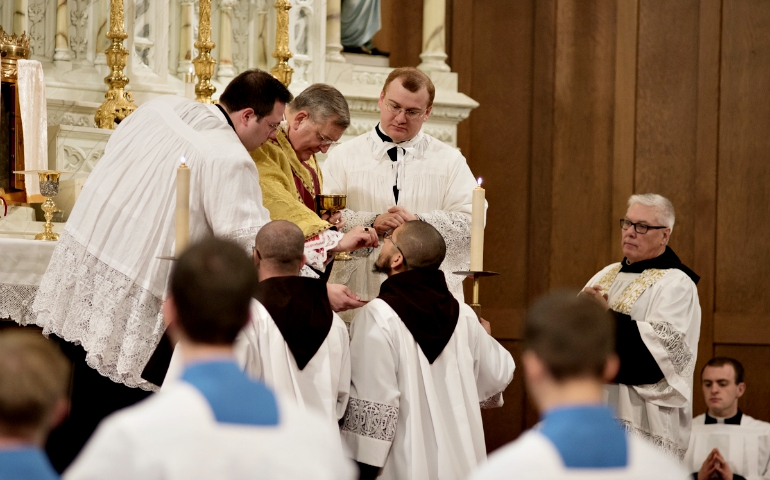 Today is the 10th anniversary of Pope Benedict XVI's apostolic letter Summorum Pontificum. This document gave wider permission to the clergy to celebrate Mass according to the 1962 missal of St. Pope John XXIII and gave instructions to the bishops to permit the lay faithful to celebrate this "extraordinary form" of the Mass when they so desired.

Benedict knew his decision would be controversial. After the close of the Second Vatican Council, the "liturgy wars" had been among the nastiest ad intra conflicts, as Benedict acknowledged in a letter, issued on the same date, in which he explained his decision. That letter shows the pastoral care Benedict brought to his job, his real human touch, as he set forth the two fears that had previously counseled against issuing such a text. That letter also showed how mistaken he was about the consequences of his decision.

The first fear Benedict addressed is that the increased usage of the old rite "detracts from the authority of the Second Vatican Council, one of whose essential decisions — the liturgical reform — is being called into question. This fear is unfounded."

This is true but not exhaustive. There are those who have made the extraordinary form the symbol of an ecclesial agenda that certainly runs counter to much of what Vatican II achieved. If you spot a bishop who likes to don the cappa magna, or a seminarian with a biretta, you can bet that they likely are inclined toward a triumphalist view of the church and a more rigid theological stance than the council required.

This is not always the case to be sure. Some people just love the music that accompanies a Latin Mass and I am one of them. There simply has not been a Palestrina or a Mozart or a Byrd since the close of the council and much of the music produced in English is dreadful. One does not need to be an aficionado of the old rite to enjoy this great repertoire of music, but very few churches host a novus ordo Latin Mass. I wish more did: It is my liturgical sweet spot, but, in all candor, I only know a couple other people who feel as I do.

There are some Catholics who call themselves traditional although they are, like fundamentalist Christians, usually more novel in their interpretations than they realize. They may not explicitly question the authority of Vatican II and they may not be headed to Ecône, but they get hives when Pope Francis starts talking about making mercy more effective in the life of the church. There is no necessary connection between this type of Christian and a devotion to the old rite. It is possible to like a traditional Mass and Cardinal Walter Kasper's theology, but the old Mass has for many, even most, become symbolic of a kind of integralist Catholicism we associate not with Vatican II, but with Popes Pius IX and Pius X, a Catholicism of the "golden age," resistant to modernity.

Benedict identified this association of the old rite with a broader ideological agenda as the second fear that some harbored about his text. He noted, "The fear was expressed in discussions about the awaited Motu Proprio, that the possibility of a wider use of the 1962 Missal would lead to disarray or even divisions within parish communities. This fear also strikes me as quite unfounded. The use of the old Missal presupposes a certain degree of liturgical formation and some knowledge of the Latin language; neither of these is found very often."

True enough about the lack of formation and limited facility in Latin, but in the internet age, you can start a movement on the cheap and across a wide geographical reach.

Benedict acknowledged that "there have been exaggerations and at times social aspects unduly linked to the attitude of the faithful attached to the ancient Latin liturgical tradition." He told the bishops, "Your charity and pastoral prudence will be an incentive and guide for improving these."

The Holy Father emeritus misunderstood the degree to which such pastoral prudence is efficacious when most Catholics do not know who their bishop is. And he totally failed to perceive the potential for the development of websites with a kind of cult following, sites that are ostensibly devoted to the extraordinary form of the Mass but that also serve as a conduit for a crimped, theologically unsophisticated form of Catholicism, combined with right-wing political agitprop. Fr. John Zuhlsdorf and Church Militant and Rorate Caeli all traffic in this nasty brew.

Increasingly, it is hard to distinguish between more mainstream conservative outlets like EWTN and these more fringe sites as the opposition to Pope Francis, and specifically to Amoris Laetitia, brings them together. This confluence is why the bishops should pay close attention to EWTN and what it is peddling and the people to whom it is peddling. I was at a July 4 cookout and fell to talking with two older women who watch EWTN regularly. They do not have much good to say about the pope, they admire Cardinal Raymond Burke, they are suspicious of Cardinals Blase Cupich and Joseph Tobin, etc.

The concern is that instead of the old rite bringing renewed appreciation for the new, as Benedict hoped, the zany right is bringing renewed zaniness to previously unzany conservatives. This could have happened if Summorum Pontificum had never been issued, but once issued, it became a new battlefront within the church.

Ten years on, it would be interesting to know what Benedict thinks of his decision. Does he see that, in an effort to ameliorate an old wound, he unintentionally erected new sources of divisiveness? I fear that the effects of this apostolic letter have been especially deleterious in seminaries, which are unnatural environments to begin with, and where divisions get intertwined with intense interpersonal relationships.

There is no point in rescinding it, but I hope the bishops will be vigilant: A devotion to the 1962 missal may be a sign of quirky but harmless devotion, like any love of the antique, but it may be more and that more may be worrisome. It may not make sense to undo Summorum Pontificum but it is hard not to conclude that the church would have been better off had it not been issued in the first place.