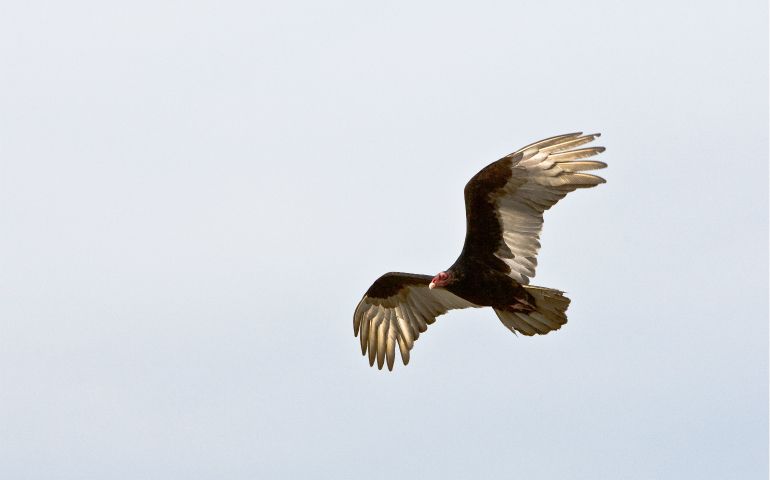 Puerto Rico's creditors, including some hedge funds known as "vulture funds," are reluctant to settle debts in bankruptcy proceedings that could reduce their profits. (Unsplash.com/Michael Baird)

Last year, as part of the legislation passed by Congress to help Puerto Rico restructure its debt, a moratorium on lawsuits by creditors was put in place. This measure was intended to allow time for negotiations between the government of the commonwealth and the various creditors. It expires on Friday, April 28. If the fiscal control board established by the legislation and Gov. Ricardo Rosselló are going to act, now is the time.

The action that is needed is obvious. The legislation, known as PROMESA, includes a provision for Puerto Rico to enter what is essentially a bankruptcy process. The creditors, especially the hedge funds, wish to avoid that at all costs. They prefer to drag these negotiations out, putting political pressure on politicians both in San Juan and in Washington. Some hedge funds, known as "vulture funds," are notorious for holding out against any settlement that involves a haircut on their profits. They did this in Greece and they did this in Argentina.

The choice is clear: Either the people of Puerto Rico will win or the hedge funds will win.

San Juan Archbishop Roberto Gonzalez, OFM, a Franciscan who is president of the Episcopal Conference if Puerto Rico, and Rev. Heriberto Martinez, president of the Puerto Rico Bible Society, have been deeply engaged in the effort to protect the people of the island, especially the poor, and even more especially, the poor children. Some studies indicate that as many as 60 percent of the island's children live at or near the poverty line.

"Now Puerto Rico is at a cross roads. One road leads down a path where our people are held hostage by chaotic debt lawsuits and 'vulture' funds. Puerto Rico will be sued and some creditors will try and collect their debts by targeting dedicated monies for pensions, schools, social services and health care," the religious leaders said in a statement issued April 25. "The other road leads to the process for debt relief we've been promised by PROMESA. It is the Title 3 bankruptcy process that would force the debt to be cut and ensure greater transparency in our island's finances."

Title 3 bankruptcy can only begin if the control board authorizes it, and, sensitive to the fact that the board was not democratically elected and was wildly controversial on the island and seen as a denigration of the islands sovereignty, the board is reluctant to pull the bankruptcy trigger unless the governor requests that they do so. Interestingly, the control board, which includes people with strong Wall Street ties, appears more willing than the governor to push the reset button on the island's debt by invoking Title 3. The governor is under enormous pressure from the hedge funds not to recommend that the board authorize Title 3. He, too, must choose whether he will support those vulture funds that want to squeeze as much money out of Puerto Rico as they can, or if he will stand by the people of the island.

Politicians of all stripes on the island have been skeptical of the control board. Politically, however, the board is able to do things the politicians are not willing to do precisely because they are not up for election anytime. And a smart politician would see that he or she can blame the control board for years by letting it take the lead. Why is Gov. Rosselló so reluctant to ask the control board to take the necessary step of entering a bankruptcy process?

The religious leaders are concerned about the consequences of failing to act now:

If the oversight board and Governor do not act by April 28, we fear that Puerto Rico could be held hostage by predatory actors and 'vulture' funds. This means it will be more difficult to negotiate a positive outcome and there will be more suffering for the most vulnerable, if Title 3 is not authorized. New austerity programs are being forced on our people and we must now receive the debt relief we are promised. It is immoral and unethical for any person or group to attempt to deny our people access to promised debt relief processes. We urge Congress to do nothing that would alter or delay access to the debt restructuring process it passed for Puerto Rico during the summer of 2016. Economic development can only begin with a comprehensive process that restructures all of our debt.

There is an additional worry. The U.S. government will shut down unless Congress passes an omnibus funding bill. Such bills, because they must pass, often attract highly objectionable legislation that is sought by well-heeled donors. Congress could slip in a provision that would delay Title 3 proceedings, or otherwise throw a monkey wrench into the process on behalf of the hedge funds. And sources close to the negotiations say that carrying water for the hedge funds is a fully bipartisan activity in Congress, with many Democrats willing to throw the island under the proverbial bus, too.

Until the debt is restructured, it is well nigh to impossible to begin addressing what is the most important question: How can we create more economic activity on the island? Whatever debt restructuring deal the control board, the governor and Congress come up with, nothing will work unless there is a renewal of economic activity on the island. Already, one unfortunate side, negotiation regarding the debt of the island's public utility, PREPA, will likely make it harder for the island to pursue the most obvious path towards a growing economy: converting to sustainable energy. The island, which has ample wind and solar resources, currently gets almost all of its electricity from diesel-powered generators. Families and business pay more than double for their electricity what we pay in the States.

Eric LeCompte, executive director of Jubilee USA Network, a nonprofit advocacy group that seeks to help countries facing sovereign debt crises, has been deeply involved in the negotiations, both to enact PROMESA last year, and in the effort to implement a plan that will help stave off further austerity on the island. "We've kept Puerto Rico on Congress' agenda, even though Congress is pretty distracted with other issues," LeCompte told . "We've been moving forward bipartisan recommendations to provide the same health care financing and child tax benefits to American citizens in Puerto Rico that citizens receive in the 50 states. This is important because we need more financing for Puerto Rico to ensure average people are protected as Puerto Rico restructures its debt."

"Some of the creditors are back in full force on Capitol Hill, and they are trying to stop the bankruptcy process. There even have been efforts to delay health care and‎ child benefit financing by some of the creditors," LeCompte added. "Some of the creditors are desperate because they will profit less with an orderly bankruptcy process that protects interests of the people on the island. As always we see Members of Congress on both sides of the aisle influenced by the powerful creditor lobby. But I still have great hope and know we will win because both Republican and Democratic leadership firmly supports our efforts for the people of Puerto Rico."

It will be a long time before Puerto Rico has a growing economy. But in the next 48 hours, the governor and the control board need to take the first, essential step and let the bankruptcy process begin.

Bankruptcy may lead to sale of Twin Cities chancery, other buildings