Olympic commissioner steps down from post, stands up for Bhopal

A commissioner with the sustainability watchdog group for the London 2012 Olympic Games has stepped down from her post due to the sponsorship by a company associated with the 1984 Bhopal plant disaster in India.

Meredith Alexander, one of 12 commissioners with the Commission for a Sustainable London 2012, announced her resignation Wednesday in protest of Dow Chemical’s sponsorship of a wrap of London’s Olympic Stadium. In December Dow sought to appease protesters by removing corporate branding from the wrap, but opposition remained. 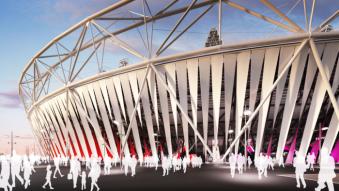 “I feel that I was part of a body that has been used to legitimize Dow’s claim that it has no responsibility for Bhopal,” she told BBC News, adding “this is one of the worst abuses of human rights in my generation, and I just couldn’t sit by and let it stand as it was.”

Alexander and others believe Dow has unfinished business regarding Bhopal, capital of the Indian province of Madhya Pradesh. In 1984, poisonous gas escaped a Union Carbide pesticides factory in the town, killing upwards of 20,000 people, while causing injury to tens of thousands more. Some, like Alexander, view Bhopal as the world’s worst industrial accident.

"It is appalling that 27 years on, the site has still not been cleaned up and thousands upon thousands of people are still suffering," she said in the London-based Guardian.

"I believe people should be free to enjoy London 2012 without this toxic legacy on their conscience."

Dow purchased the U.S. chemical firm Union Carbide in 2001, and claims all liabilities were settled when Union Carbide paid $470 million in compensation to victims and their families. Reports say the Indian government, who also protests Dow’s Olympic sponsorship, seeks an additional $1.1 billion and completing the cleanup of still-contaminated areas.

Update: On the Guardian's website, Alexander has in her own words the reason for her resignation. Read her explanation here.

EarthBeat | Olympic commissioner steps down from post, stands up for Bhopal