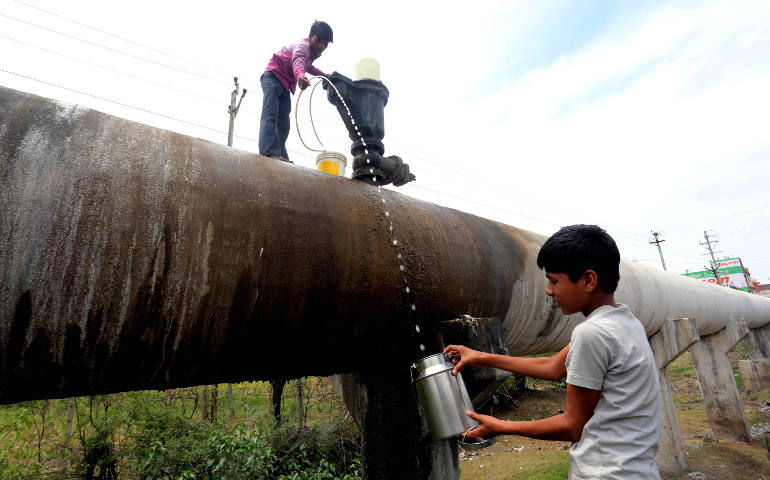 "It is a continuing shame," too, that people's needs "are secondary to industries which take too much and that pollute what remains," said the president of the Pontifical Council for Justice and Peace.

It's also a shame "that governments pursue other priorities and ignore their parched cries," he said in the keynote address to an interfaith meeting Monday in Stockholm, Sweden. The Vatican office sent Catholic News Service the cardinal's written speech the same day.

The meeting on how faith-based organizations could contribute to the United Nation's Sustainable Development Goals dealing with water was part of Stockholm's annual World Water Week gathering, which seeks to find concrete solutions to global water issues. The meeting also came in the run-up to the Sept. 1 World Day of Prayer for the Care of Creation.

With speakers representing the Jewish, Christian, Muslim, Hindu and Buddhist communities, the Aug. 29 meeting looked at how religious communities could promote guaranteed access to sanitation and clean water for everyone. Some 660 million people are without adequate drinking water, and every year millions, mostly children, die from diseases linked to poor water supply and sanitation, according to the United Nations.

Faith-based organizations can help youth embrace the values of "solidarity, altruism and responsibility" needed to become "honest administrators and politicians," he said.

Religious leaders could also help organize "interreligious campaigns for cleaning rivers or lakes in order to foster mutual respect, peace and friendship among different groups," as well as promote "a wise hierarchy of priorities for the use of water," especially where there are competing demands, he said.