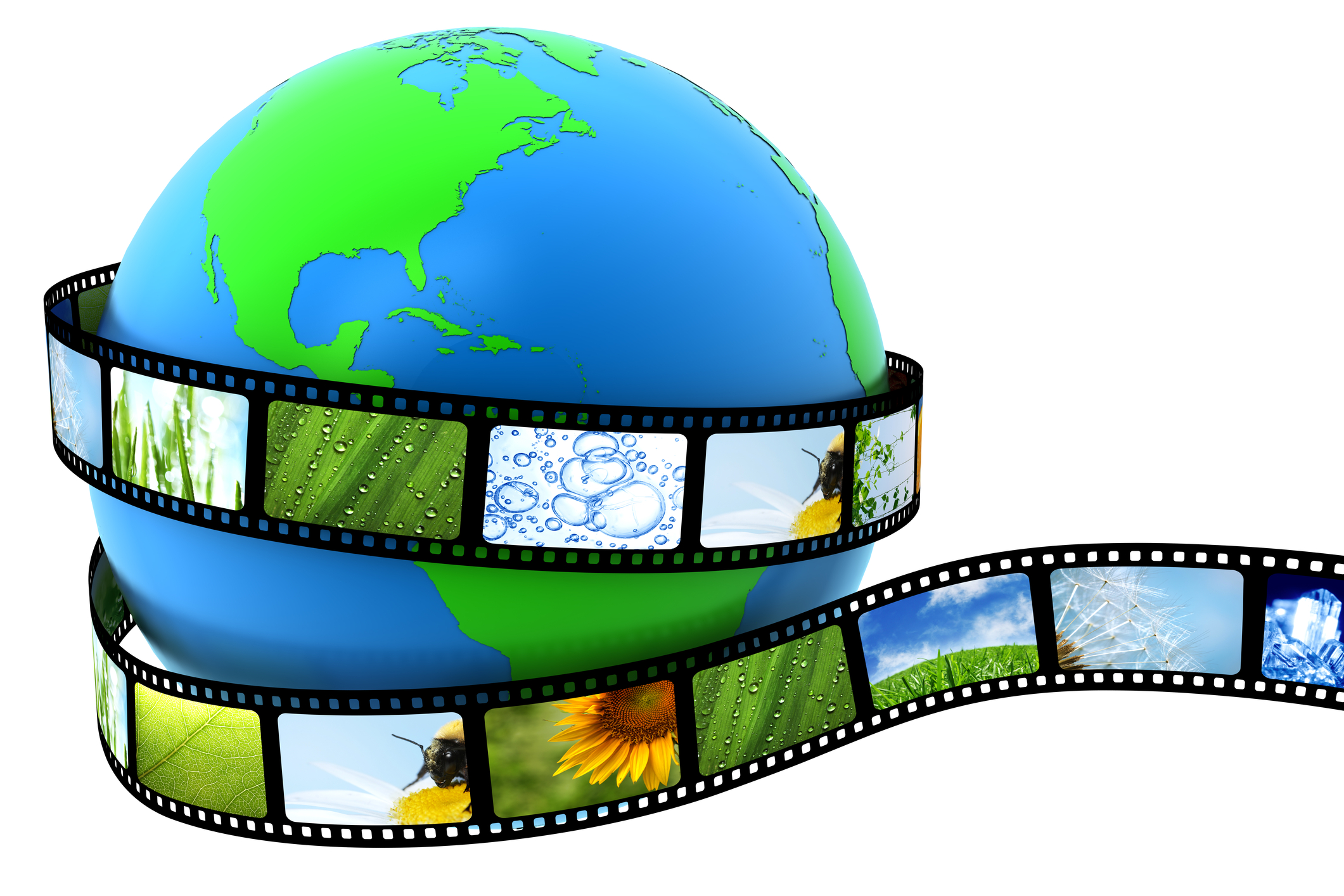 "Have you ever wondered what would happen, if all the geniuses, the artists, the scientists, the smartest, most creative people in the world decided to actually change it?"

In last summer's dystopian blockbuster "Mad Max: Fury Road" the character Nux exclaims, "We are not to blame!" to which The Splendid Angharad replies, "Then who killed the world?"

Pope Francis' prophetic encyclical "Laudato Si', on Care for Our Common Home" is dated May 24, 2015, Pentecost Sunday, a week after George Miller's "Mad Max: Fury Road" was released. They share common themes and both are calls to conversion. The film is certainly bleak, but a call to change nonetheless.

The pope, serious yet hopeful, clearly expresses the sources that cause the environmental destruction of the Earth, our common home: a throwaway culture, consumerism, the thirst for short-term profit over long-term benefit, consequences of climate change, lack of concern for human life and the poor, and the unbridled quest for power.

The themes of "Mad Max" are a dreary turn on these ideas as imagined by the filmmaker: war, violence, community, relationships, dire consequences of unregulated growth and hyper dependence on technology, the lack of water, thin crops and food shortages, pollution, human trafficking, conversion, and, above all, the thirst for power and dominion over the Earth and people.

But "Mad Max: Fury Road" is not the only film that deals with these issues. There are so many. Going back as far as Fritz Lang's 1927 no-words-needed silent film "Metropolis" about an artificial technological utopia built upon and feeding off oppressed workers, the films keep coming.

Some say that the films about the environment really started in 1973 with "Soylent Green" about the greenhouse effect, followed by "Chinatown" in 1974 about the manipulation of water for profit.

It occurred to me that the encyclical could be a very fine guide indeed to a family film festival or school, parish or group, but you need a license to show the films outside of the school day. (See Church Video License.)

In Paragraph 79 of Laudato Si', Francis opens the door to using film to understand the crisis as well as to engage our moral imaginations to come up with solutions:

Faith allows us to interpret the meaning and the mysterious beauty of what is unfolding. We are free to apply our intelligence towards things evolving positively, or towards adding new ills, new causes of suffering and real setbacks. This is what makes for the excitement and drama of human history, in which freedom, growth, salvation and love can blossom, or lead towards decadence and mutual destruction. The work of the Church seeks not only to remind everyone of the duty to care for nature, but at the same time "she must above all protect mankind from self-destruction."

In Chapter Two, Part VII, the pope writes about the "gaze of Jesus," where he looks in his world, what he points to, and speaks about. Cinema tells stories that direct our gaze as well, and sometimes they converge with faith in startling, prophetic ways.

In 12 different places, the pope speaks of "vision," the need for seeing what is wrong and what is good. Film can offer us these broad visions that are often sacramental: visible signs of invisible realities, the bad and the good — and possibilities for change.

Laudato Si' is divided into six chapters, with an introduction and a conclusion consisting in two prayers: "A prayer for our earth" and "A Christian prayer in union with creation." These prayers are ideal ways to begin and close a film festival. The first invites us to see God present in the entire universe and the second is a hymn of praise asking God to let us be channels of peace in the world.

The pope quotes Scripture passages frequently; you can read these before or after the film as a way to do a kind of lectio (or cinema) divina. There will be at least one film for the entire family in each section as a way to introduce children and teens into a catechesis of ecology. Several films can be used in more than one section.

Here is a list of films that form a space to talk about care for the Earth, according to framework of Laudato Si'. I have listed only some of the many themes from each chapter along with films that express and explore the same ideas.

Themes: the Earth, our common home; global environmental deterioration; exploitation of nature; ecological catastrophe; need for conversion; authentic human ecology; structural causes of environmental harm; misuse of creation; individualism; stripping the Earth of wetlands and forests; integral ecology lived joyfully; nature; justice for the poor; openness to awe and wonder; beauty and goodness as expressed in Scripture; the Earth as a joyful mystery; sustainable and integral development; denial of problems; human suffering; the fragility of the planet; Catholic social teaching.

Chapter One: What Is Happening to Our Common Home

Themes: pollution and climate change; waste and the throwaway culture; crisis of water — scarcity, pollution, privatization; the oceans; increase in the cost of food; loss of biodiversity; monoculture; loss of species of birds and insects; industrial waste and contamination; deforestation; decline in the quality of life and the breakdown of society; drugs; violence, trafficking; war; global inequality; weak responses; diverse opinions and dialogue.

Films: WALL-E; The Story of Stuff; The Burning Season (1994); They Killed Sister Dorothy; Quantum of Solace; Blackfish; The Whistleblower; Maria Full of Grace; Trade; Countdown to Zero; Noah; 2012; The Day After Tomorrow; Children of Men.

Chapter Two: The Gospel of Creation

Themes: Respect for cultures; faith as motivation to care for the Earth; the Christian's responsibility to care for the Earth; the goodness of creation; human dignity; the wisdom of biblical accounts; spirituality that remembers God is all-powerful and creator; the mystery of the universe; human beings are not objects; human trafficking; "winner takes all" is not Christian; the harmony of creation; all of creation linked and in relationship; the common destination of goods; the fundamental rights of the poor and underprivileged; the gaze of Jesus toward creation; living in harmony with creation.

Chapter Three: The Human Roots of the Ecological Crisis

Themes: Technology, creativity and power; technoscience; globalization of one-dimensional technocratic paradigm; extracting everything from creation; myth of infinite supply of Earth's resources; the crisis of modern anthropocentrism; Christian anthropology; stewardship; incompatibility of the concern with protection of nature and the justification of abortion; misguided lifestyles; hunger; relativism; objectification of the person; work; the need to provide employment; responsibilities of civil authorities; rethinking goals of human activity; genetic modification of seeds; ownership of seeds; monoculture; technology severed from ethics.

Films: Fern Gully: The Last Rain Forest; Bhopal: A Prayer for Rain; At Any Price; Erin Brockovich; A Civil Action; Food, Inc.; More than Honey; Queen of the Sun: What Are the Bees Telling Us?; Blade Runner; Blood Diamond; The Constant Gardener; American Psycho; The Rainmaker; The Great Invisible; A Place at the Table; A.I. Artificial Intelligence; Ex Machina; The Matrix.

Films: Chasing Ice; Park Avenue: Money, Power and the American Dream; Tomorrowland; The Tree of Life; Michael Clayton; End of the Spear; Amistad; The Pursuit of Happyness; Virunga; A Better Life; The Company Men; Over the Hedge; Earth.

Themes: Toward a new lifestyle; needless buying and spending; compulsive consumerism; purchasing as a moral act; going outside of self to others; reflecting on your actions; overcoming individualism; the covenant between humanity and environment; ecological citizenship; ecological conversion; personal qualities of self-control; spirituality that can motivate us to care for the Earth; contact with nature for joy and peace; developing music, art, prayer, service; sobriety and humility; civic and political life; sacramental signs and the celebration of rest; the Trinity and the relationship between creatures; Mary, Queen of Creation; St. Joseph; God's infinite beauty.