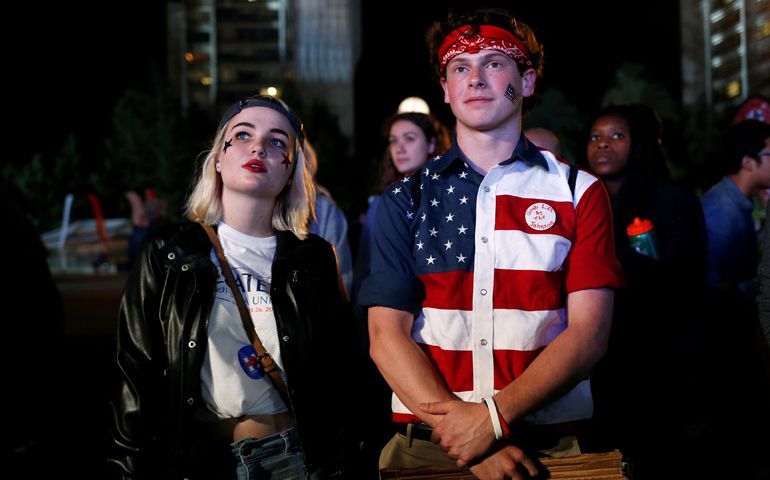 Earlier this week at a Fordham University panel discussion on the election, I was asked, "Is there some similarity between the dissatisfaction and disengagement we see among Americans for religious institutions with the same phenomena for political parties?"

It is a thought provoking question. There are some interesting parallels between what is happening in the political and religious arenas.

In 2014, 39 percent of Americans identified as independents, 32 percent as Democrats and 23 percent as Republicans according to Pew Research Center. Pew reported that "this is the highest percentage of independents in more than 75 years of public opinion polling."

Likewise, the number of people identifying as "nones," that is not identifying with any religion, has also been increasing. Today, according to PRRI, 25 percent of the U.S. population identify as nones, about the same as identify as Catholics.

It is especially among young people that the percent of nones is rising. Nearly 40 percent of those under 30 are unaffiliated with any religion. The alienation of young people from religious institutions is a growing phenomenon.

Young people also tend to identify as political independents more than do their elders.

This growing alienation does not look good for either political parties or organized religion.

The conflicts within political parties and religious organizations are also significant. Various factions are fighting over the soul of the institution, whether church or party.

The Republican Party is divided among evangelicals, business elites, tea party activists, and establishment politicians. The divisions are so great many observers are wondering whether the party will survive this election.

Democrats are also divided between progressive activists and establishment politicians. Hillary Clinton is having a hard time getting the Bernie Sanders supporters excited enough to come out and vote. Without them, she is in trouble.

These religious and political disputes are seen in apocalyptic terms. The world will come to an end if my opponents win. Those fighting see everything as a matter of principle, which cannot be compromised. The fights are often bitter with people abandoning the party or church if they lose.

Catholics, for example, have better relations with mainline Protestants, Evangelicals, Jews, and Mormons than at any time in American history. It is not perfect, but the attitude of religious bodies toward one another is a lot better than previously. The only major exception is Islam, which is suffering from growing antagonism in the U.S.

In short, ecumenism has succeeded where bipartisanship has failed. Partisanship reached new heights when the Republican Congress decided in principle to oppose anything on the Obama legislative agenda.

Party members, on the other hand, hate political opponents within and outside their party ranks. Often the only thing that unites party members is their opposition to the other party. They may fight like crazy in the primaries, but they unite against the other party during the convention.

Churches, for the most part, have moved beyond that and no longer want to have fights with other churches.

A final similarity is that religious and party followers are both looking for a messianic leader to implement their views and save the world. Conservative Catholics saw John Paul as this leader, while progressive Catholics look to Francis. Antiestablishment Democrats turned to Bernie Sanders, and antiestablishment Republicans turned to Donald Trump. Establishment types liked Hillary Clinton and Jeb Bush.

The problem with putting your hopes in one leader is that you can be disappointed, as many Democrats were by President Obama. He failed to accomplish all the things he promised, although his defenders will point out that it was the Republican Congress that stopped him.

Today, however, the stakes are very high.  We need to get it right. We need to figure out how to make these institutions work for the common good of all humanity.

Politics | Churches and political parties are in the same pickle

The Democrats and tax reform

Democratic candidates should listen to party's people, polls, not the elites

Politics used to be fun. Now, it is depressing