From health care to tax reform, from the frying pan into the fire 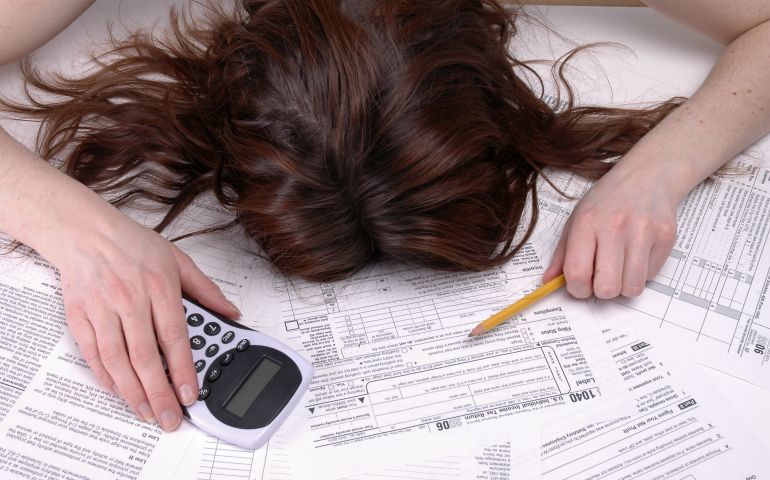 After experiencing a humiliating failure to pass a health care bill, President Donald Trump and House Speaker Paul Ryan have decided to move on to tax reform. Talk about jumping from the frying pan into the fire!

Tax reform is something I have followed since around 1972, when as a political science graduate student at the University of California Berkeley, I foolishly chose to write my doctoral dissertation on the tax making process. I knew very little about the process other than that Wilbur Mills headed the tax writing committee in the House and Russell Long headed it in the Senate. There was practically nothing written on the topic at the time, and I soon learned why.

Taxes are incredibly complicated. Before even beginning my research, I had to take a course in public finance just to understand what people were talking about. Then there is the complexity of the tax code, with hundreds of obscure provisions that make tax law a lucrative profession for anyone who masters the technicalities.

After interviewing about a hundred people involved in the tax making process in Washington, I was finishing up my dissertation and converting it into a book (The Politics of Taxation) when I took a job as a lobbyist for a tax reform organization called Taxation with Representation. After a few years, I concluded that the chances for tax reform were close to nil, and I eventually abandoned the field, kicked the dust off my feet, and moved on to America magazine at the end of 1978.

To anyone who wants to reform the U.S. tax system, I say, "Good luck. Been there. Tried that."

Tax reform is seductive because, in principle, it is fairly simple. A good tax system should be fair and simple. In fact, the tax system is unfair, with people earning the same income paying very different amounts of taxes. It is also anything but simple. It is filled with tax provisions that help narrow classes of people. Congress made it that way and it is unlikely to reform it.

Every speech or article in favor of tax reform promises to make the system simpler and fairer by eliminating tax loopholes and reducing tax rates. This is true of both liberals and conservatives. The major difference is that liberals also want a progressive tax system with the rich paying a higher rate of tax on their income while conservatives prefer a flat rate with everyone paying the same percentage of their income in taxes.

But if you look closely, you will discover that these so-called reformers rarely say what loopholes they will close. If they did, they would be viciously attacked by the people and industries who benefit from the loopholes. Anyone who benefits from a loophole does not consider it a loophole but an "incentive," a legitimate deduction, or even a God given right.

One person's loophole is another person's legitimate provision. Voters will only support tax reform that preserves their loopholes (or ones they think they may use someday) while getting rid of everyone else's.

A quick look at the federal personal income tax shows the problem. In order to significantly cut tax rates, you would have to eliminate tax provisions that cost the Treasury a lot of money. The problem is these are very popular.

Unless at least some of these provisions are repealed, there will not be enough money to significantly reduce tax rates without running up the deficit. The grand bargain of tax reform is that everyone has to lose their loopholes so that the tax rates of everyone will be lowered significantly. No one believes that will happen.

If you think repealing even one of those provisions will be easy, you don't understand politics. Every time in the past that Congress has looked at tax reform, it has concluded that it upsets too many people to be politically viable. The problem is that those who are hit by the elimination of their loopholes are mad while those whose tax rates are reduced are not all that grateful. Psychologically and politically the tax reform benefit is overwhelmed by the tax reform bite.

As a result, there will probably be no reform of the personal income tax. The Republicans will pivot away from revenue-neutral tax reform to huge tax cuts. They may even add some loopholes. Will the House Freedom Caucus, the three dozen conservative House Republicans who refused to support the Ryan-Trump health care bill, and other fiscal hawks accept the increased budget deficits that will come with tax cuts? Wait and see.

Politics | From health care to tax reform, from the frying pan into the fire

Fight the tax plan and the coming budget cuts