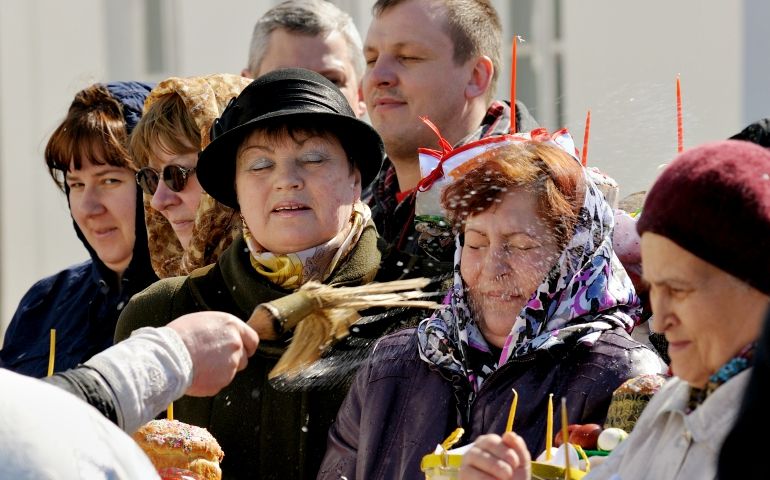 When it comes to theology, the Catholic Church and the Orthodox churches are very close. We accept the same Nicene Creed, we recognize each other's priestly and episcopal ordinations, as well as the sacraments of baptism, confession and Eucharist. Catholic and Orthodox teaching on morals are also quite compatible, with both being more conservative than their Protestant colleagues.

The touchy issue has always been the role of the papacy, but Pope John Paul II invited a worldwide dialogue on this topic, showing that the Vatican is open to a less intrusive role for the pope in the Eastern churches than in the West. There were even attempts to resurrect the title of patriarch of the West for the bishop of Rome, in order to distinguish his robust role in the Western church from his role in the East.

Rome has constantly reached out to the Orthodox churches, especially to the patriarchs of Constantinople and Moscow. Relations with the patriarch of Constantinople have improved significantly since the Jerusalem meeting of Pope Paul VI with Patriarch Athenagoras in 1964 and lifting of mutual excommunications in 1965. Popes and the ecumenical patriarch meet so frequently that it is now hardly newsworthy.

It took much longer for a pope to meet with the Russian patriarch, which finally occurred in Cuba last year. The meeting between Francis and Patriarch Kirill of Moscow was probably as much a reward to the pope for his opposition to President Barack Obama's threat to bomb Syria as it was a show of ecumenical progress.

The Vatican has continued to mute its criticism of Russia in Syria and Ukraine lest it upset it budding relationship with Kirill, who is closely aligned with Vladimir Putin.

In ecumenical circles, it was always presumed that Catholics and Orthodox would find their way to communion long before Catholics and Protestants did. Some Catholic bishops even wanted to open our Eucharist to Orthodox Christians, but backed down quickly when Orthodox bishops objected.

The honest truth is that the Orthodox bishops are not really interested in reunion.

Thanks to a new survey of religion in Eastern Europe, we now know that it is not just the Orthodox bishops who are not interested in reunion. The Pew Research Center found that "few Orthodox Christians in the region say the two churches should be in communion again, including as few as 17% in Russia and 19% in Georgia who favor reuniting with the Catholic Church."

In countries where there are significant numbers of both Catholics and Orthodox, the Catholics are much more interested in communion than Orthodox. According to Pew, "In Ukraine, for example, about three-quarters (74%) of Catholics favor reunification of Roman Catholicism and Eastern Orthodoxy, a view held by only about one-third (34%) of the country's Orthodox population."

This is not good news for ecumenists. It shows that although theologians may issue consensus papers and bishops may issue joint statements, Catholic-Orthodox relations at the ground level are pretty weak, especially among the Orthodox. All of this may prove that culture may be much more important than theology in relations between Catholics and Orthodox.

Bulgarian Orthodox: No common prayer for their clergy during papal visit

Editorial: Time for Pope Francis to speak up about Russia's invasion of Ukraine