Will we listen to Pope Francis? 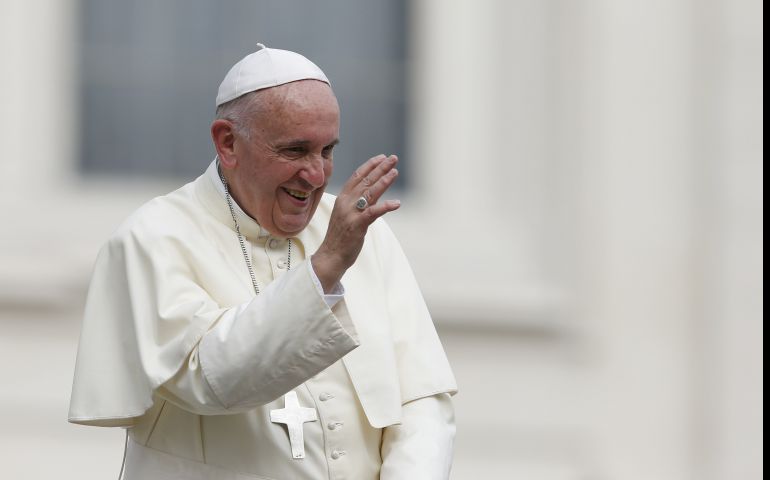 Pope Francis waves as he leaves his general audience in St. Peter's Square at the Vatican Sept. 16. (CNS/Paul Haring)
This article appears in the Francis in the United States feature series. View the full series.

For the last couple of weeks I have been talking to numerous members of the media about the upcoming visit of Pope Francis to the United States, so much so that I feel like Paul Revere: “The pope is coming! The pope is coming!”

For the most part, the questions from the reporters fall into two categories: What is he going to say and do? And will it make any difference?

I have already written about what I think the pope will say, here I want to talk about what effect the pope’s visit might have.

What effect the pope’s visit might have, in a sense, all comes down to whether we will listen to him or not. There are a number of barriers in the way of our really hearing what the pope says.

First, it is going to take some time. The pope is giving a number of important speeches, principally to a joint session of Congress, to the U.S. bishops and to the United Nations. But there will also be interesting speeches at the White House and, of course, his homilies at the Masses in Washington, New York and Philadelphia. Will the American public have the patience to sit through these, especially when some of them are in Spanish with simultaneous translations?

In addition, on the East Coast, many of these will occur while people are at work. Is your boss going to let you listen to the pope? Meanwhile, on the West Coast, some of the talks will be early in the morning, while people are asleep or rushing to work.

Second, even if we watch the speeches, will we actually hear what he says? Humans have a marvelous ability to believe that people they like and admire hold the same views as we do. How many couples get married only to discover afterward how little they have in common? There is polling data that show many people think that the pope agrees with them on a series of issues when in fact he does not. We easily tune out disagreements and emphasize agreements. This could be a problem for progressives.

Third, many people will never get around to listening to or reading the pope’s addresses. They will get his message secondhand through reporters and commentators. Reporters must simplify and summarize complex thoughts quickly and briefly. And commentators have their own agenda, so they will be tempted to spin the pope’s words for their own purposes.

Fourth, there is the temptation to focus on what the pope does not say and make that the story. Some reporters kept pressing me on what will the pope say about birth control, women’s ordination and gay marriage. The answer is little to nothing. If we are so focused on listening for what he has to say on a narrow list of issues, we may miss what he actually says.

The final hurdle to being moved by the pope’s words are our own partisan biases. Our country is so divided by partisan views that some, especially conservatives, will quickly write off the pope when he strays from their political orthodoxy on immigration, climate change, or capitalism.

Despite all these hurdles, I still think the pope can have a significant impact while he is here.

First, he is going to be greeted with affection and respect by most of the American public. His approval ratings are very high, the kind of numbers politicians would kill for. It is easier to listen to someone that you love and respect.

For example, if Al Gore or Hillary Clinton says that climate change is happening and is caused by human activity, Republicans will not give them the time of day. But if the pope, whom most self-identified conservative Catholics admire, says the same, they might listen. They might say, “Well, maybe I should take another look at that.”

People are responding to Francis because they see a man who not only talks the talk, he walks the walk. He practices what he preaches. He is the real deal. He is authentic. He is not trying to sell himself, as do most politicians and celebrities; he is selling Jesus and the Gospel.

A second reason the pope’s message may get through is that the media loves him. Catholic, ex-Catholic, non-Catholic, even nonbelieving journalists love the pope. Every day they have to deal with egomaniacs and it is so refreshing for them to cover someone they can truly admire.

In addition, he makes great copy. Religion reporters suddenly get their stories on the front page of papers, rather than having them buried somewhere in Part C. And the issues that the pope is talking about — immigration, poverty, peace, and environment — are the kind of big issues that most people wanted to cover when they became journalists. Covering the pope is exciting, important and fun.

The third reason the pope’s message may get through is that Francis is an extraordinary communicator in both words and actions. He knows how to use simple language to communicate. He is not afraid to use graphic images when speaking. He avoids academic language and abstractions. He preaches the Gospel, not the catechism. He is more interested in how people live their faith than how they articulate it.

As a person of faith, I also have to believe that the Spirit will be there drawing people to the words of Francis. Like most priests, before I preach, I bow before the altar and pray to God that he might use my words to inspire people to hear his Word, not mine. Ultimately, it is all about the Spirit. Will our hearts be touched when Francis talks about the compassion and love of God and our responsibility to respond to that love by loving one another, especially the poor?

People | Will we listen to Pope Francis?

The tattooed feminist Catholic who chooses conscience over catechism

South the most religious part of the nation, says Gallup poll

Brennan remembered as 'wonderful gift to the whole church'