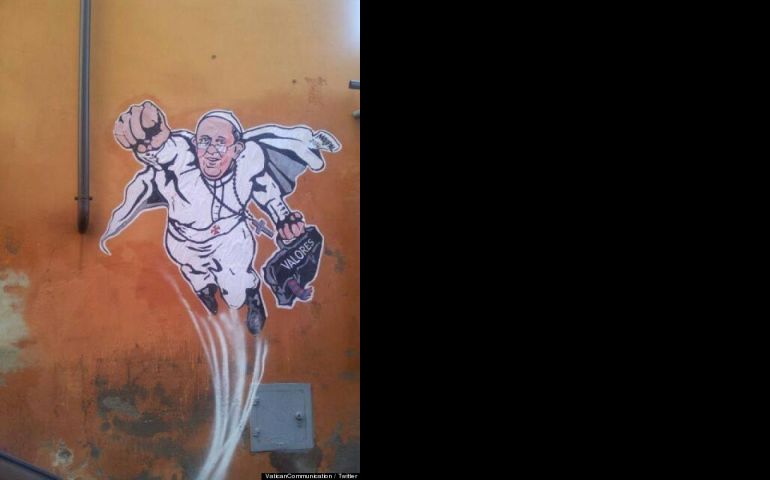 Pope Francis has been depicted soaring into the sky, fist outstretched and crucifix swinging in the wind, on a wall of the Borgo Pio district near St. Peter's Square in Rome, complete with a white cape and a satchel branded with "valores," the Spanish word for values.

The graffiti mural, being dubbed "SuperPope," was spotted on Tuesday and is the work of Italian street artist Mauro Pallotta.

"It marked a new city record given the piece went up Monday night and most illegal urban 'decorations' are ignored for years," wrote CNS reporter Carol Glatz on the news service's blog.

Pope’s quotes: ‘Open your heart to the Lord’

Pope's quotes: 'I dream of a Europe'