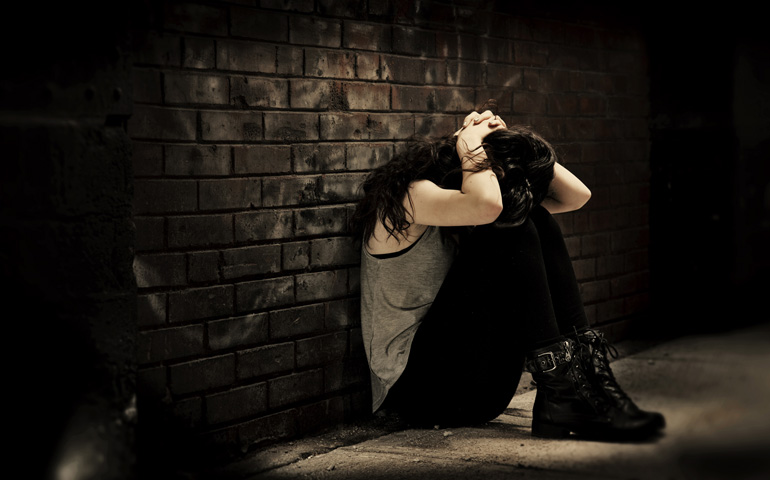 Editor's note: Jamie Manson is on hiatus to work on several writing projects. Jamie has invited NCR Today contributor Kelly Stewart to fill in for her while she is away.

After Rolling Stone published, promoted, then distanced itself from a story about the gang rape of "Jackie" at the University of Virginia, a number of commentators reached a bizarre and irresponsible conclusion: Our culture is too committed to believing rape victims.

Rosin also suggests in The New York Times that identifying oneself as a rape victim is now so rewarding that it's easy to see why a woman might do it, even if she hadn't been assaulted:

If you are honest you will also admit that if the story of gang rape at the University of Virginia turns out to be fake, you can easily see how it might have happened. A young woman might have attached herself to a loving and protective community of sexual assault survivors in her freshman year and she adopted their identity as her own. Then, the reporter called.

In "The College Rape Overcorrection," Emily Yoffe -- who has a history of minimizing and denying rape in her "Dear Prudence" column -- argues that new campus sexual assault policies are too biased toward believing victims. As a result, she claims, these new policies "abrogate the civil rights of men" and "have left some young men saying they are the ones who have been victimized" by a disciplinary process Yoffe characterizes, at one point, as a "Soviet-style show trial."

According to Yoffe and Rosin, we used to punish women for reporting rape, but now we have overcorrected for that error. And our overzealous commitment to believing women, they claim, is victimizing men.

If you follow feminist and antifeminist politics, you've heard this narrative before. The narrative that says we're too sensitive to victims, too willing to believe women's stories of sexual assault, and too quick to condemn men accused of rape. That we've mischaracterized "bad sex," "regrettable sex" and "drunk sex" as sexual assault, and therefore overestimated how prevalent sexual assault is.

This narrative is ubiquitous in discussions of campus sexual violence despite how much evidence one has to ignore, deny or mangle to make it work.

Still, it's not hard to see what might account for its popularity. It lets us avoid grappling with the ugly realities of sexual violence. It lets us sidestep hard conversations about misogyny, power, sexual entitlement, predatory behavior, and institutional cover-ups. And it supports the reassuring fantasy that rape is rare, and rapists are mythical, monstrous creatures -- not real people we may know, or like, or even love.

In her article "We Always Blame the Victim" at Dame Magazine, Kate Harding describes our "unfortunate cultural preference for believing in bogeymen, rather than facing facts about violence and power" and our reluctance to hold "actual human perpetrators" accountable. She sees these tendencies at work in recent responses to both sexual assault and racist police violence.

"We live in a country full of racism, but no racists; rape, but no rapists," Harding writes. That is, we oppose racism and rape in the abstract. But when faced with an actual example of racist police violence or sexual assault, we deny it or explain it away as "an unfortunate individual misunderstanding."

That "individual misunderstanding" framework presents sexual assaults and acts of police brutality as isolated and relatively rare tragedies. It suggests that there is no history of the state subjugating black people or of men controlling women with violence.

Or, in many cases, it suggests that there is such a history, but that history has been so utterly overcome that it has no place in our analyses of contemporary problems. The "individual misunderstanding" framework proposes that ours is a post-racial America, that "men have ceased to be the dominant sex," and that feminist and anti-racist frameworks committed to believing victims and amplifying marginalized voices are, therefore, out of date.

Frameworks that assume the over-and-doneness of struggles for justice cannot account for UVA or Ferguson, Steubenville or Eric Garner. And when these frameworks are applied to issues of oppression, the resulting analysis tends to blame victims and even, in many cases, reverse victim and perpetrator -- Emily Yoffe's "The College Rape Overcorrection" offers one example.

Unfortunately, though, there are many other examples. These sorts of frameworks are popular, as self-serving narratives tend to be, and their popularity extends beyond issues of campus sexual assault or racist police violence: to domestic violence, child abuse and neglect, colonialism, torture, homophobia, and clergy sex abuse.

Without denying social and historical changes, we should be careful of the temptation to talk about these issues in the past tense and wary of narratives that deny the suffering around us by declaring victory too soon.

[Kelly Stewart earned her Master of Arts in Religion at Yale Divinity School, where she studied feminist and queer theory and Catholic sexual and reproductive ethics. She is a former Loretto Volunteer.]

Editor's note: We can send you an email alert every time "Grace on the Margins" is posted. Go to this page and follow directions: Email alert sign-up.