Skip to main content
This story appears in the Synod on the Family feature series. View the full series. 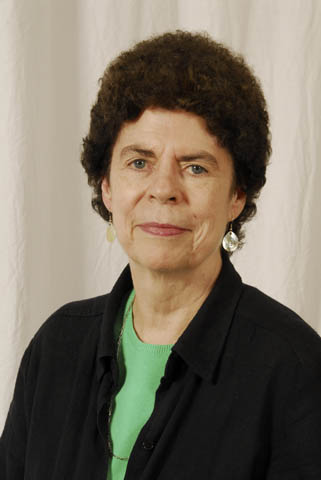 The extraordinary Synod of Bishops on the family has cast a new spotlight on the Roman Catholic church's teachings on divorce and remarriage. According to doctrine, Catholics who divorce and remarry outside of the church are prohibited from receiving the Eucharist. For decades, theologian and ethicist Mercy Sr. Margaret Farley has written about the church's teaching on divorce and remarriage, asking new questions about the nature of commitment and the conditions for release from obligations. She does this work most notably in her books Personal Commitments: Beginning, Keeping, Changing (Harper and Row, 1986; Orbis Books, 2013 rev. ed) and Just Love: A Framework for Christian Sexual Ethics (Continuum, 2006). NCR sat with Farley to discuss these themes and her own take on the possibilities for change in the church's teaching.

NCR: In its annulment process, the Catholic church provides conditions under which it can be argued a sacramental marriage did not take place. Do you think those conditions are adequate for justifying a divorce?

Farley: In Catholic teaching, there is a radical difference between annulment and divorce. The Catholic church recognizes that it can be justifiable to remove a marriage obligation when the original "marrying" was marked by some basic flaw. For example, a lack of full consent, a flaw in the procedure, or circumstances where at least one partner was physically, psychologically or morally incapable of making the commitment. In such cases, one can argue that there was no marriage, or at least no sacramental marriage. The marriage did not really, validly take place. So this isn't finally a release from an obligation, but an acknowledgement that no marriage obligation was ever truly undertaken. The more difficult question is whether the obligation intrinsic to a sacramental marriage can ever be ended without betrayal and without an unjustified and unjustifiable violation of the commitment.

In your book Personal Commitments, you talk about the conditions under which couples can be released from a marriage obligation. What are those grounds?

In that book, I talk generally about possibilities of releasing obligations, especially those generated through the making of a profound commitment. Sometimes commitments simply cannot hold in the face of radical change. In the case of the marriage commitment, sometimes partners change radically, the relationship changes, the original reasons for the commitment are gone. My own position is that there are three grounds on which a nearly unconditional commitment may no longer bind: First, it becomes morally impossible to keep; or second, it no longer fulfills any of the purposes it was meant to serve; or third, another obligation is judged to override the marital obligation. It can be very difficult to discern when any of these conditions arise within a commitment, but that they sometimes do appears certain, even in commitments to the framework of life which is marriage.

Church leaders often talk about divorce as the failure of two people or a sin in need of atonement. Do you believe this is always the case?

The experience of some persons is that divorce does not always follow from culpable failures of either or both partners in a marriage. Sometimes neither spouse is guilty, sometimes only one spouse is guilty. There are cases where divorce is the result of sheer human limitation in the face of the challenges of blending lives together. Other times, marriage commitments can no longer hold without self-destruction or profound harm to another, or when the very purpose of the marriage is seriously compromised or lost, or when another commitment justifiably supersedes the marriage commitment. If a marriage must end, the hope is that, if possible, it ends in a way marked by mutual respect.

Cardinal Walter Kasper has been receiving good press from the more progressive wing of the church for his idea that after a period of penance, divorced Catholics who remarry outside of the church may be able to receive Communion again. What is your take on this idea?

I appreciate very much Cardinal Kasper's ideas on the mercy of God and the mercy of the church. One problem remains, perhaps, in what I have read of his proposal regarding repentance, forgiveness and invitation to Communion; that is, it appears to assume that one or both partners are always guilty of the marriage failure. As I said, there are some divorces where no one is guilty. There are other divorces where only one partner is guilty, for example, in the case of domestic violence. What do we say to a battered woman? That she needs to repent and undergo conversion?

The church's prohibition of remarriage rests primarily on the idea that the marriage commitment, with valid consent and sexual consummation, changes the spouses' very beings. So they are bound not simply legally or morally, but ontologically.

My concern about the "ontological union of spouses" image is that it runs the risk of ignoring the realities of individual persons. I don't dismiss the possibility that marriage transforms spouses' very being. When two persons commit themselves in a profound sense, when they share their lives together over time, I believe they are changed somehow in their beings. This change can endure in several ways. Because a sexual relationship was once part of the marriage, there may be a "bodily" form of bonding. There is also a spiritual bonding that comes as a result of years of a shared history. Of course, these bonds may now be experienced positively or negatively, but my point is that they can endure beyond the breakdown of a marriage.

Should that remaining bond prohibit a second marriage?

In my opinion, it need not. The residual bond may entail some ongoing obligation, for example, if the former partners have children together, or at the very least a general Christian obligation to love of neighbor. But this need not disallow a second marriage any more than it would disallow a widow or widower from marrying again.

This is a difficult question because of the complexity of beliefs about life after death and whether relationships that begin on Earth experience an ongoing fulfillment in the next world. One argument is that the " 'til death do us part" vow allows for a new marriage in cases where one partner dies because God only intends for marriage to be in this world. Therefore, the bond of marriage is dissolved once one partner dies. But many Christians believe in the possibility of union after death. In that case, those who die still live in another world, so the ontological bond between spouses remains. My point is, I'm not sure we can justify treating remarriage after divorce as if it were completely different from remarriage after the death of a spouse.

In your book Just Love, you suggest that we explore "the faithful ways of ending marriages and the faithful possibilities of beginning again." Can you say more about that?

Christians believe that the grace of God is available in and through Christian marriage. The evidence of failed marriages suggests that this grace is not automatically effective. So we have to broaden our questions and explore the ways in which grace works in our loves, our capacities and incapacities, our promises, our ordinary efforts to live out our lives together, and even in our failures. It is especially important to look more deeply into what I call "the way of fidelity," which is what I do in Personal Commitments. As we gain wisdom from exploring and living all of these questions our hope can be that we -- the whole church -- will find healing words that will both strengthen marriages and, if and when it is necessary, ease the suffering of their ending. I believe that grace can extend in all of these directions.

A version of this story appeared in the Oct 10-23, 2014 print issue under the headline: Margaret Farley talks divorce, remarriage and Communion.