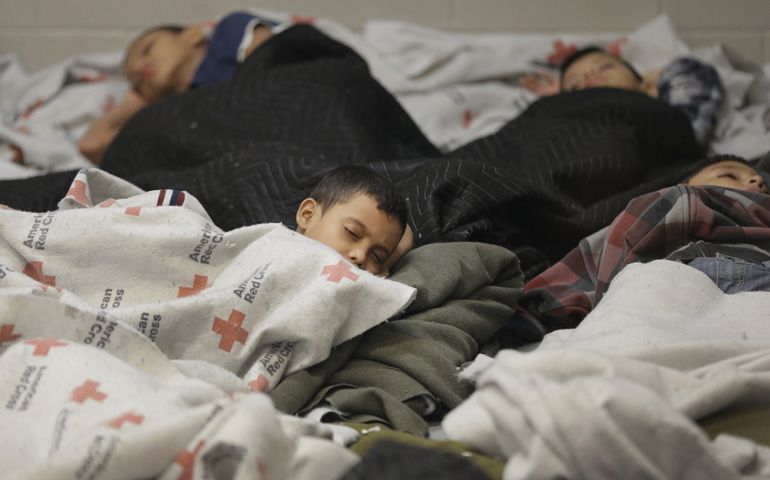 In a nation of more than 318 million, 36,110 people are a very small sliver of the electorate. But that is all it took to send shockwaves through Washington, D.C., in June, when those 36,110 people in one Virginia congressional district cast ballots for tea party challenger David Brat, compared to only 28,898 who voted for incumbent House Majority Leader Eric Cantor. For the first time in history, a majority leader has lost a primary election.

The pundit class immediately concluded that Cantor was defeated because he was not sufficiently opposed to comprehensive immigration reform. It is true that Brat hammered Cantor on the issue, suggesting that Cantor said one thing in the district and another in Washington. But the idea that Cantor lost on this one issue did not square with the fact that voters in South Carolina's Republican Party primary overwhelmingly voted for Sen. Lindsey Graham, who had actually voted for the Senate immigration reform legislation. South Carolina Republican primary voters are not exactly a bastion of liberal sentiment.

There were other plausible reasons for Cantor's defeat. When the Republicans took control of the Virginia governorship and both houses of the state legislature in 2009, they completely controlled the last round of re-districting. Cantor thought they were helping him when his district became even more ruby red than it was before, making it easier to cruise to victory in a general election. But the redrawn lines meant that the district was even more conservative and, in a primary race, it tilted so far to the right that a tea party upstart like Brat could fell the highest-ranking Virginian in Washington.

Additionally, as is often the case, when leaders of either chamber assume more responsibilities in Washington, they tend to neglect their own districts. If they interview a bright new potential staffer, will they send her to the district office to handle constituent requests, or bring her into the inner sanctums of political power in D.C.? Do you skip the meeting with senior Washington officials to attend that barbecue back in the district? As a politician rises to power in Washington, it is all too easy to neglect the folks back home, and this seems to have played a large part in Cantor's defeat.

No matter. In Washington, the boundary line between image and reality is not very distinct. Even though a recent poll showed a large majority of voters in his district actually support comprehensive immigration reform, the pundits declared that it was Cantor's stand on immigration that cost him the race, so comprehensive immigration reform was believed to be as handily defeated as Cantor. Not for the first time, reform efforts were pronounced dead in the U.S. House.

Two weeks before the Virginia primary, a group of Catholic bishops celebrated Mass at St. Peter's Catholic Church on Capitol Hill. In his homily, Miami Archbishop Thomas Wenski said, "When laws fail to advance the common good, they can and should be changed. Outdated laws, ill-adapted to the increasing interdependence of our world and the globalization of labor, are bad laws."

After the Mass, which was attended by White House Chief of Staff Denis McDonough, the bishops spoke with the media and then headed over to Capitol Hill to meet with congressional leaders and make the case for passing the reform legislation.

Kevin Appleby, director of migration policy and public affairs for the U.S. Conference of Catholic Bishops, thought Cantor's primary loss did not completely overwhelm the bishops' push for final passage of the reform bill. "Cantor's loss was definitely a setback, at least from an inside-the-Beltway mentality, but the political dust needs to settle before we put any nails in the immigration reform coffin," he told me. "In the meantime, the Catholic community needs to keep pushing, as the result of one election does not change the Catholic position or the reality of our broken immigration system."

Appleby takes the long view on the issue. "The fundamentals are still in place and have not been changed by one primary election," he said. "The demographics of the nation, and the electorate, are changing rapidly and the American public as a whole support immigration reform. Anyone on the wrong side of this issue will find likely find themselves on the wrong side of history."

He added, "At this point, if you are opposed to immigration reform, you are considered in support of the status quo, which a large majority of the American public want changed. So, the passage of immigration reform is not about if it will happen, but when and what it will look like."

Of course, in the meantime, the times can be very hard for those who live in the U.S. without documents. According to most estimates, 11 million undocumented immigrants reside in the U.S. -- more precisely, in the shadows of U.S. society.

A couple of weeks after Cantor's defeat, media attention focused on the large number of unaccompanied young people crossing the border, often held in deplorable conditions in detention centers. Conservative commentators, like FOX News' Bill O'Reilly, suggested the nation can't afford to take care of these children, while he simultaneously urged a far more expensive military engagement in a fast-disintegrating Iraq. And O'Reilly is relatively moderate on the immigration issue compared to conservative pundits Ann Coulter, Sean Hannity and Laura Ingraham, all of whom fit Wenski's characterization as "modern-day Javerts."

What is most frustrating is that most analysts know there are enough votes in the House to pass the Senate bill. The problem is that the leadership is unwilling to bring the measure to a vote, for fear of igniting the wrath of the conservative base of the party. In the wake of Cantor's defeat, House Republicans elected Congressman Kevin McCarthy of California as their new majority leader, even though McCarthy supports immigration reform. And Congressman Steve Scalise of Louisiana was chosen to replace McCarthy as majority whip. These two join Speaker John Boehner for what is now an all-Catholic House leadership. Frustration gives way to irony.