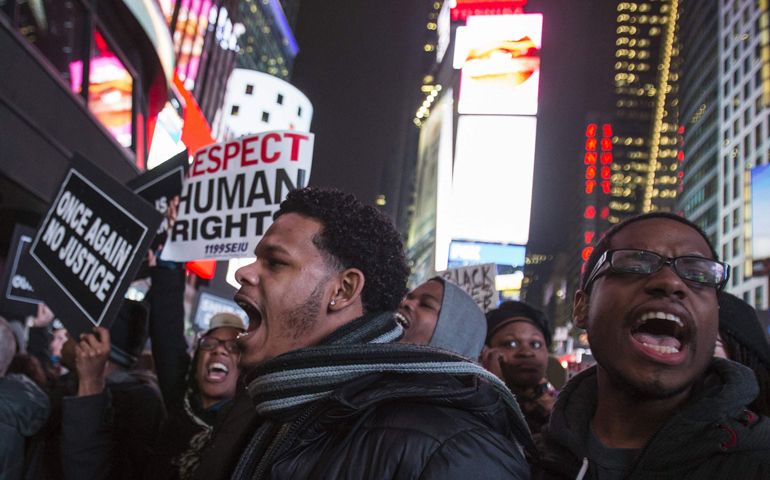 I believe it is wrong to use journalistic spaces, even opinion pieces, to launch personal attacks, so this isn't a personal attack. It is, however a very direct response to Bob Russell's recent post, "Hands up. Don't shoot." In the post, he acknowledges his bias as the father of a police officer and proceeds to advise "parents of every race" to teach their children to "respond with a spirit of submission toward [police's] authority" when they are threatened with arrest.

You may not be aware that Russell is the former pastor of Southeast Christian Church, the largest church in Kentucky and one of the largest evangelical churches in the nation. When Russell retired in 2006, the church boasted 18,000 members, and it has continued to grow.

All that to say, although he's been retired for nearly 10 years, Russell is a man of high esteem, respect and influence here in Kentucky and beyond. As a religious leader, he (in theory) is able to discern people's perceptions and is undoubtedly able to shape those perceptions. He had the opportunity to demonstrate how Christians could say to themselves, "I know where I stand, but I'm going to try to see this from another perspective." Instead, Russell goes into paternalistic mode and decides that from his vantage point as a white man in America with a white wife and white children, he can advise "parents of all races."

"Of course he can," you're saying. "The Word of God applies universally to everyone. The messenger doesn't matter." (If you're saying that but don't believe women should be ordained to preach, your argument has a problem. But I digress.)

The messenger doesn't matter. Fine. What does matter is that the message is true and that it is delivered with care and empathy.

The latter issue first. Russell doesn't demonstrate care and empathy for anyone other than the police, and neither do the people who change #BlackLivesMatter to #AllLivesMatter or the African-American preachers who have attempted to redirect the focus to the fictional "black on black crime." Even if they are unsure of the circumstances of each instance of excessive force, every religious leader should be able to understand that, as a Facebook friend of mine stated, "people are truly hurting over this." Every religious leader should be able to take a moment to understand that black women pregnant with sons are terrified, not just of motherhood, but of bringing a child into a world where he is not seen as human, much less equal. Everyone should be able to understand that to consistently not have one's humanity recognized hurts in deep and real ways.

The other issue at hand is whether the message is true. Here are 10 things Russell gets wrong:

Pope Francis continues to denounce use of chemical weapons

Shelter helps migrants expelled from US via Mexico to Guatemalan jungle