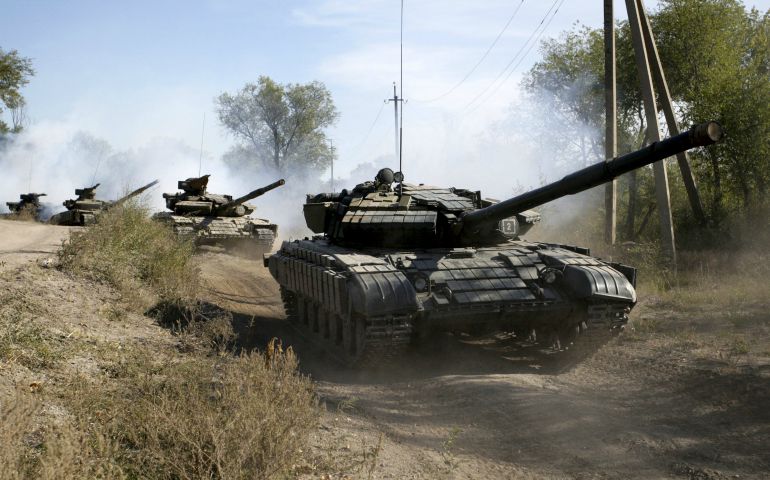 If someone's house was on fire, would you pour gasoline on it? Well the answer is obvious: Of course you wouldn't. Yet that is very similar to what the United States and many other economically developed nations are doing.

Despite the tragic fact that approximately 40 current armed conflicts worldwide are causing over 150,000 deaths annually, countless serious injuries, untold destruction and 28,300 people per day fleeing from their homes , many of the wealthiest countries continue to pour flammable weapons into these volatile conflicts. And the U.S. is leading the pack.

Accounting for 33 percent of arms exports to more than 55 nations, the U.S. is by far the world's leading arms merchant, followed by Russia, China, France, Germany, United Kingdom, Spain and Italy.

And worse yet, according to the Congressional Research Service, poorer nations continue to be the primary focus for weapons suppliers. The value of all arms agreements in 2014 with economically developing nations was over $61 billion. And as always, the poor suffer.

The U.S. ranked first in worldwide weapons sales in 2015 with $40 billion in deals signed. Of the six largest weapons manufacturers in the world, five are American, with Lockheed Martin ranking first.

According to the Stockholm International Peace Research Institute, the 100 most profitable weapon producing companies in the world raked in over $400 billion in arms sales in 2013.

Weapons are big business — a bloody business followers of the Prince of Peace should have nothing to do with. Moral courage is needed here. The Gospel demands it!

Imagine the good that would be accomplished and the goodwill that would be established if we converted our weapon plants into factories that construct goods that protect and enhance life — especially the lives of the poor, vulnerable and the life of our common home planet Earth.

For those who think this is naïve, consider that the reverse happened during World War II. According to historian John Buescher, no American cars, commercial trucks, or auto parts were made from February 1942 to October 1945. "The auto industry retooled to manufacture tanks, trucks, jeeps, airplanes, bombs, torpedoes, steel helmets, and ammunition under massive contracts issued by the government."

Please email and call your members of Congress (Capitol switchboard: 202-224-3121) urging them to significantly reduce funding for the weapons industry and creatively funnel that money into needed peaceful enterprises. And urge them to seriously undertake initiatives aimed at multilateral disarmament.

Since history has proven that we can quickly retool industry from building peaceful vehicles of transportation and commerce to constructing instruments for war-making, let's do the right thing and turn all of this around.

Let's make history, good history! History that future generations will thank us for.

In the words of the prophet Isaiah, let us finally beat our swords into plowshares and our spears into pruning hooks, so that nations will no longer raise the sword against one another nor train for war again.

[Tony Magliano is an internationally syndicated social justice and peace columnist. He is available to speak at diocesan or parish gatherings and can be reached at tmag@zoominternet.net. He will be co-presenting a workshop titled "Faith and Reason: Paths to a Consistent Ethic of Life" at the Consistent Life Network Conference at Eastern University Aug. 5.]