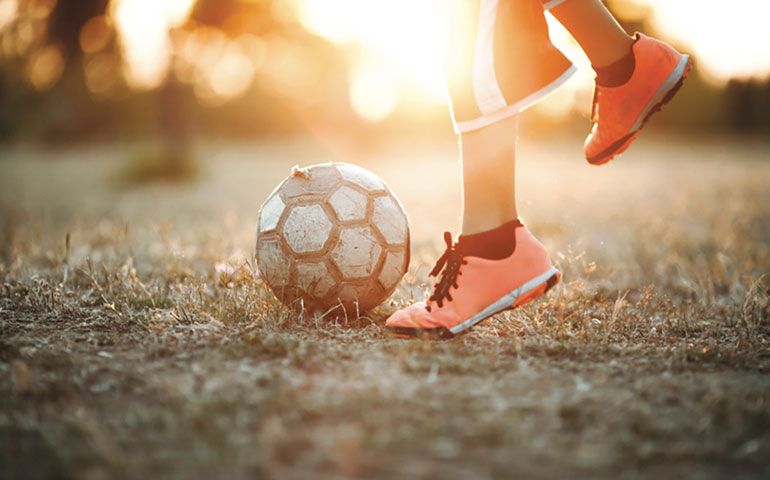 After years of directing the local forensics nurse examiners unit, my daughter grew discouraged. She saw her patients only after the violence had been inflicted. She documented the injuries and made a record for the police and the prosecutors to use in their cases against those who had beaten and strangled and stabbed the people now lying on gurneys in the emergency department.

How can we prevent some of the violence before it occurs? She's working with Catholic Health Initiatives, and, together, they're looking for answers to that question.

One of the things my daughter noticed is that many of the patients she treated were almost as afraid of the police as of their tormentors. They knew the police as the people who arrested family members and pulled children out of the only homes they knew. The police may have been trying to protect the children, but the children experienced the additional trauma of separation. Her patients knew the police as being as disruptive in their own way as the boyfriends or parents who raised their fists in anger against them.

My daughter saw the police as her allies in the work of protecting the violated. She valued her relationships in the police department and counted on them for help and support.

But she grew up in a neighborhood where she rarely saw the police except when they came to her school for a bicycle safety day or to help her elderly grandmother when her Life Alert device went off.

She'd never cowered as a door was kicked in. She'd never frozen at the sight of drawn guns. She'd never been taken from her bed and driven to a foster home. Many of her patients had lived through just those kinds of encounters with the police.

I was with my daughter in Florida when Baltimore began to burn. It is a curious thing to squeal with pretend fear on a roller coaster as, just a few hundred miles north, people are screaming in terror amid the smoke and the shed blood.

She looked at the pictures of protesters and police squared off like opposing armies and said, "That's just what we're trying to avoid."

Colorado Springs, Colo., is not Baltimore, but neither is my Colorado Springs the whole city or the whole story. My daughter shows me a map. The highest crime areas are marked and they are mostly concentrated in one part of the city. Four parks in particular have been identified too unsafe for families and children to use. Neighborhood alarms go off around me when someone's bike is stolen from the backyard. We are not prepared for someone's life to be stolen as casually as that bike.

So the gangs rule the parks and the streets, the police fight the gangs as they can, and the children stay indoors playing "Grand Theft Auto."

The perception of these at-risk areas is widespread and pernicious. In March 2014, a large gun shop opened in the mostly white and affluent northern suburbs of Colorado Springs. Our local paper quoted the owner of the shop: "We want to get the ladies on the north end of town packing a gun and proficient [to] let all the crooks down south know they can stay down there."

That month, my daughter met with a focus group of teens who belong to a Boys and Girls Club "down there." One of the girls told her, "Everyone knows we're the bad side of town."

Note the pronoun: "We're the bad side of town." It's not where we live; it's who we are.

That's why my daughter is moving her office from the foundation's headquarters to a community center that serves the poorest and most violent part of the city. And that's why she and her partners are preparing to take back two more of the dangerous parks in coordination with a local program called the Southeast Springs Soccer Initiative. On summer nights, kids and cops, dressed in shorts, T-shirts and sneakers, meet to kick around soccer balls.

My daughter tells me how the program worked at two parks in Colorado Springs last summer. On the first night, 12 kids showed up. By the end of the program, 50-60 kids were participating. A local man volunteered to coach the kids and help them learn to kick, dribble and pass the ball. The kids had fun. Families began to use the parks.

The kids liked their coach and found him easy to talk to. The coach grew to like the kids. He saw promise there and good character.

On the last night of the program, the coach showed up in his cruiser, dressed in his full police uniform. My daughter says some of the kids couldn't or wouldn't believe that this man, who had become their friend and mentor, was also a police officer. He just didn't fit any of their prior experiences or their assumptions. The words "police officer" and "friend" simply didn't fit together. Until they did.

This summer, she's hoping to get local judges and lawyers out there, too. The person who wears black robes and sits high up behind a desk as a child's parent or sibling stands shackled below is a scary figure. So is the suited lawyer who asks for the shackles to remain and for the parent or sibling to be sent away to jail.

This is not to suggest that there is no value or goodness to the rituals of the courtroom. The power to deprive a citizen of liberty is a profound and serious one. It should be undertaken with solemnity.

But it's one thing to grow up with a lawyer father, as my daughter did, or to have, as she did, a judge neighbor who waved at her as she rode her bike. It's another to have no idea that these powerful figures are, once they leave the courthouse, just people. The sort of people who enjoy kicking a soccer ball around on a July night.

They will expand the program to a third and fourth park this summer. They want to grow until every one of the high-risk parks has police volunteers, soccer coach volunteers, and "team moms" who will be on hand with snacks and water and Band-Aids. They are applying for funds to hire a coordinator.

This is not "club soccer," which costs each participant about $1,600 a year, not including the cost of the uniform. This is soccer the way it is played around the world: some kids outside with a ball.

So the goal is to give one another -- kids and cops, suburbanites and downtowners, English speakers and Spanish speakers, those born here and immigrants -- something in common. What we have in common are names and stories and hopes, but first we have to come together to learn those names, hear those stories and understand those hopes.

My daughter's hopes? To create a community where we're not the bad side or the good side of this town; we're just this town.

[More of Melissa Musick Nussbaum's work is online at thecatholiccatalogue.com.]

Religious protections are worth keeping

Made to make God more present