'Act of Valor' is more propaganda than honest film

Deep in the heart of the South American jungle, members of a drug cartel torture kidnapped CIA operative Lisa Morales. A team of U.S. Navy SEALs is sent to rescue her. But there is more going on, however, than America's war on the international drug trade. A global terrorism plan is revealed, and the SEAL team is dispatched over and over again until the men take out or neutralizes the enemy, and the USA and the world is safe once again -- until the next threat raises its head.

"Act of Valor" was directed by documentary filmmaker Mike McCoy and professional stuntman Scott Waugh and was written by Kurt Johnstad, who previously co-penned "300." There are four actors in the film, whom you might recognize right away: Roslyn Sanchez, Nestor Serrano, Alex Veadov and Emilio Rivera.

"Act of Valor" is pretty much a product of the U.S. Navy that "green-lit" the story in 2009, according to a story in Post magazine.

"It was a request for proposal," Waugh recalls, "for a studio to come in and tell their story in a theatrical narrative. They knew that we would authentically 'get' their brand and give it the accuracy that they wanted. They looked at our body of work, including 'Step Into Liquid' and 'Dust to Glory.' In our favor, they were big fans of both documentaries."

The film's production notes state: "Captain Duncan Smith, a 27-year Navy veteran and active duty U.S. Navy SEAL, was one of the key players in developing Act of Valor. 'We needed a vehicle that would allow us to tell the story of who we are and who we're not in an authentic way,' he says. 'The idea had to be approved at a very high level. This is the first film to begin as a Naval Special Warfare project. The goal was to allow outsiders to come in and view us for who we are, with an emphasis on understanding the men themselves, and the sacrifices that they and their families make every day.'"

"Act of Valor" has excellent production values, fine cinematography and eye-grabbing, nerve-racking action sequences. But because the key SEAL team members are not actors, but trained killers -- that is, actual Navy SEALs -- the acting is flat and the characters lack development. The only character change happens if the character dies. The dialogue sounds like it came straight from a training book on how to encourage one another or their wives.

Some of the shots are reminiscent of Francis Ford Coppola's now-classic post-Vietnam anti-war film "Apocalypse Now" (1979).

It seems to me as if "Act of Valor" is set up as the opposite of the 2010 Oscar-winning film "The Hurt Locker," which began making the festival circuits in 2009. "The Hurt Locker" began production with a military advisor, but he soon abandoned the project because, as it was reported, the Department of Defense had not sanctioned some of the scenes.

The thing is, the final voice-over of the film repeats the exact premise of "The Hurt Locker." I seemed to hear a sub-narrative: "See, we are the real heroes and nothing happens to us, except death, because we keep everything and our emotions in boxes. We use 'hurt lockers' the right way."

I understand the film, but I didn't like it because it felt like a snow job to me, a recruitment movie. True, these guys face death for their country and their families make incredible sacrifices, but the SEALs seem fanatical and drunk on patriotism. If they survive, they are all set and ready for the next mission.

However, the line about "always trying to get home" rang very true. But I question the missions these guys are sent on in the film -- the SEALs come off as puppet heroes with their emotions hidden away.

At the end of the day, what does the movie mean?

The more honest recent films about U.S. military heroism are "Taking Chance" and "The Messenger," or "Brothers" and "The Hurt Locker." The characters show the emotional dimensions of being a human soldier; they don't just talk about it. Despite criticism, these films are all true, and some of the action or situations in the films actually happened.

"Act of Valor" is like going with the SEALs as they are deployed, as the reason for the film is to communicate what really goes on behind the scenes of actual missions. 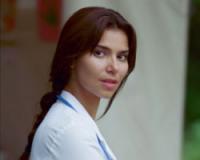 To me, the most distasteful part of "Act of Valor" was when the officer or government official who sent the SEAL team on the mission to rescue CIA Agent Morales said she tried hard but didn't get the job done. Agent Morales was the only female agent or military person in the film, and she is brutally tortured. We get to see this. But she just wasn't good or fast enough. When you see the torture scene, ask yourself if you would put her down the way this senior officer does. The message: rescuing the world is for men, real men, not women, even if they suffer incredible pain and humiliation for their country, too. Gosh, we have to come and rescue you anyway.

From its precisely plotted story to its exquisite and impeccably timed violence, to blasting its beautiful savagery onto the screen as crafted by the excellent cinematography to the canned dialogue, "Act of Valor" is a propaganda film, pure and simple. At the premiere in Hollywood on Feb. 13, a team of Navy SEALs parachuted onto the red carpet at the Arclight theater on Sunset Boulevard.

I rest my case.

'Act of Valor' is more propaganda than honest film