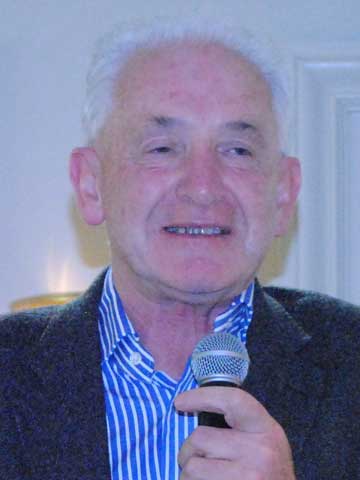 For the first time, an Irish bishop has indicated it is time for the Irish hierarchy to reach out to priests like well-known Redemptorist Fr. Tony Flannery, who was censured by the Vatican in 2012.

Speaking to NCR at a conference on mercy in Dublin, Bishop Donal McKeown of Derry admitted that unless the bishops are seen to be "willing to go way beyond our comfort zone then people will say you are just a group looking after yourselves."

Asked about the plight of Flannery and other Irish priests censured by the Vatican, he responded, "We have to be constantly reaching out -- that is the job of followers of Christ. What form that will take as regards to the individuals you talk about is another thing."

He also referred to Pope Francis' comments that the church must be seen to be building bridges rather than building walls.

"It takes time to listen and to talk and to build bridges and to have an openness to hear their story."

Referring to the gospel narrative of the prodigal son, McKeown said the father in it "wasn't concerned about his dignity or what people might think." The love that he had for his son and the "desire to reach out was much stronger than any social niceties or his dignity as the paterfamilias."

The Association of Catholic Priests in Ireland, of which Flannery is a co-founder, has, on a number of occasions, raised the fact that the Irish bishops have not intervened in the case of Flannery and has failed to meet with ACP leadership, which represents over 1,000 Irish priest members.

Responding to the comments, Flannery told NCR he was pleased to see that McKeown has called on the church authorities to "reach out" to him and other Irish priests who have been censored in various ways by the Congregation for the Doctrine of the Faith.

"With the exception of a letter of support I received from the Priests Council in Killala diocese, this is the first time in the four years, since being forbidden to minister publicly, that a bishop has called for some action from the Irish hierarchy," the 69-year-old related.

He explained that while he has received "great support from many people and priests," he has also experienced "how quickly and completely church authorities shut you out as soon as the Vatican moves against you."

Referring to McKeown's uncertainty over the form this "reaching out" might take, Flannery responded, "My answer to that is simple. All I have ever looked for in relation to myself and others who are accused of 'dissent' is a process that is fair, just and transparent."

He added, "The present CDF process is a scandal, and brings shame on our church."

Meanwhile, Archbishop Diarmuid Martin of Dublin on Palm Sunday warned in his homily that reform and renewal in the church will never be brought about by leaving the church.

Referring to the gospel account of the passion, the archbishop said, "It tells how we are called to live if we wish to bring reform and renewal to the church of Jesus Christ."

He added that the church will not be reformed "by cries from outside of those who do not believe." Renewal, Martin commented, is a matter of faith and of understanding what it means that Jesus' kingdom is not of this world.

The challenge for the faithful is not to follow the short-cuts of the disciples who found that fleeing was the quick and easy answer, he suggested.

"If we really understand how we all belong to the one body then we cannot feel that the answer to renewal in the church can come about by leaving the church or by leaving it to others," the archbishop underlined.