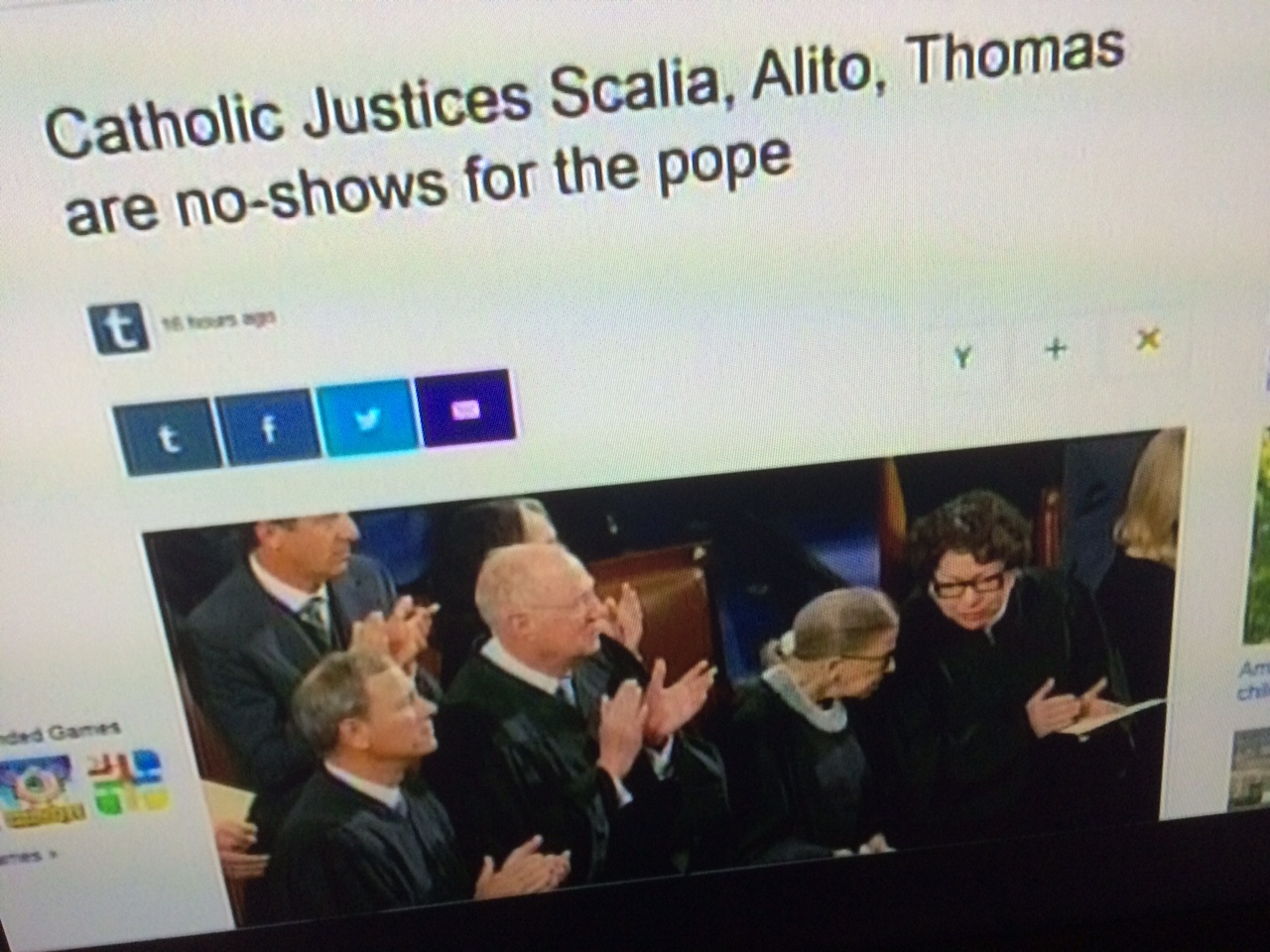 C-Span takes note of justices 'no show' (Photo by Fox)

Justices Antonin Scalia, Clarence Thomas and Samuel Alito apparently had other engagements -- all three -- and couldn't make it to the event.

In truth, it is rather unbelievable.