Commentary: I am mourning Fidel 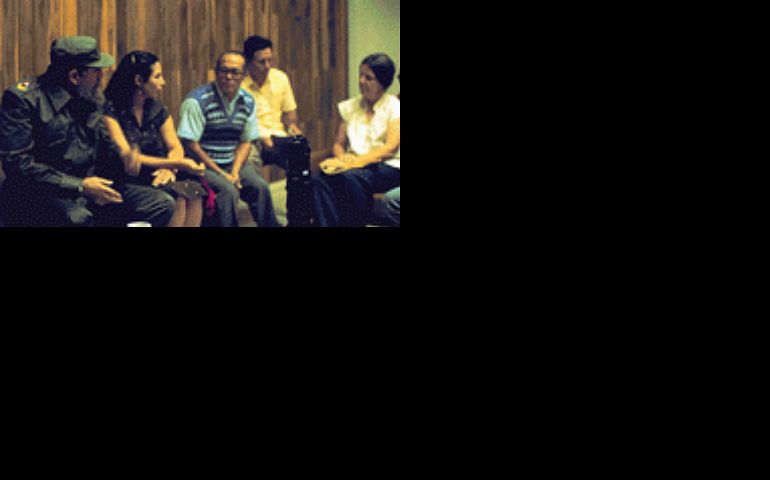 I was in the fourth grade when my father said at the dinner table that a friend had invited him to have a drink after work to toast Stalin's death. It's a terrible thing, my dad said, to drink to a man's death.

I remembered that amid all the cheers in Miami at the news of Fidel Castro's death Nov. 25. I met Fidel, back in 1984. I was on an interfaith delegation, invited in the hope of ending the U.S. trade embargo.

The trip was terrific. We met Fidel's sister, who described the abuse of Cuban women by U.S. soldiers and tourists before the revolution. We got an economic briefing and I brought home a book Fidel had written about capitalism and Latin American poverty.

The other Catholic, a Maryknoll priest, and I met with the archbishop of Havana and with the superior of a convent of nuns. They both spoke highly of Fidel and what he had done to alleviate poverty — and that he permitted the practice of religion. Cuba's the rare place where when I said I was a Sister of Loretto, the listener broke into smiles of familiarity. In Cuba, when one makes a novena, one constructs a tiny house each day in honor of the house of Loretto that the angels carried from Palestine to Italy.

The meeting with Fidel was terrific, too. He had just given up cigars, though we didn't know that then. He talked a little about economic reform and about a book that had just been published in Spanish about his faith. Then he asked us what we knew about the Moonies. Yes, the Moonies, that cult that drew young people to community. Well, our Protestant pastor members of the delegation knew quite a lot about the Moonies. Fidel explained his interest because he saw the evangelical sweep through Latin America as tied to capitalism and a threat to the poor.

The Cuba I saw was poor. But back then, it was thriving. The decades since of the economic blockade have caused deep suffering and limited opportunities for everyone, Fidel included. His was a great mind and a great vision. The isolation he experienced, forced by the U.S. and by his rejection of capitalism, perhaps drove him a little mad. He did some cruel things. But don't we all.

Editor's note: Other commentators note that Castro's regime had a difficult relationship with religions. For more perspectives, see "The death of Fidel Castro" by Michael Sean Winters and "Pope, archbishop express condolences over Fidel Castro's death."

People | Commentary: I am mourning Fidel