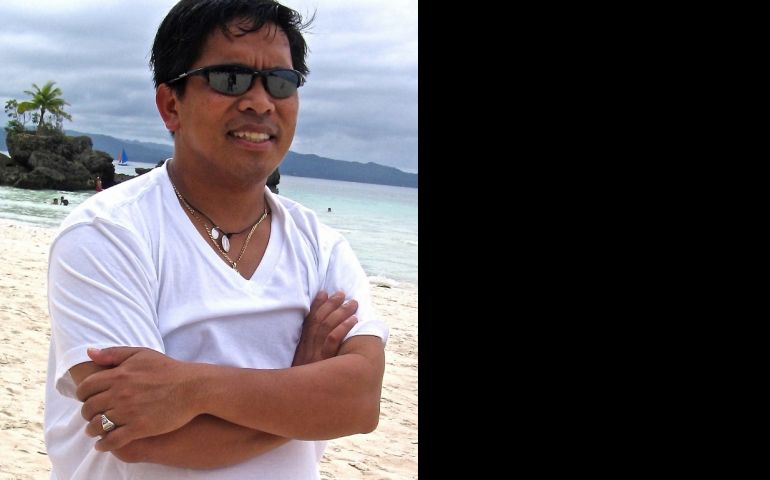 Manila, Philippines — A Catholic priest who has built up a huge global following for his healing ministry has announced he will celebrate his final healing Mass in Cavite province on Easter after the collapse of a deal to build a massive Marian shrine there. The primary donor questioned financial management of his ministry's foundation in charge of the project.

"We are there only until Easter Sunday, so from there we will somehow discuss next plans, what we will do, but we are sure that we will return the land," Fr. Fernando Suarez said in a television talk show on March 24.

He answered questions about the 33-hectare property in Alfonso, Cavite, southeast of Manila, that San Miguel Corporation had donated to Mary Mother of the Poor Foundation for its project to build the Healing Center of the Blessed Virgin Mary at Monte Maria. San Miguel is the Philippines’ largest beverage, food and packaging company.

The plan featured a statue of Mary taller than the 98-foot-high (30 m) Christ the Redeemer in Rio de Janeiro and a complex of buildings stretching around the former cattle grazing land.

Suarez said the foundation's board met and decided to return the land worth about 1 billion pesos (US $22.444 million) to San Miguel, which refused a proposed revised plan for the property that would have cost less than the original plan approved by an earlier board.

The board includes two members from San Miguel company and had resolved to announce the decision in a joint statement.

However, on Ash Wednesday when Suarez was on a pilgrimage to the Holy Land, the Philippine Daily Inquirer national newspaper launched a series of articles reporting it was San Miguel that pulled out of the agreement to give land to the foundation.

"All of a sudden it said in the newspaper that they are getting back the land because of my lifestyle," Suarez said.

Aside from the reports’ being "one-sided," he wondered why "they attacked me personally in the newspapers" when "the donation is not made to me in my name, and they know there's a board of directors" for the foundation.

The Inquirer articles referred to his "lavish lifestyle," including trips to Europe for Wimbledon and French Open tennis tournaments, as possible reasons why the foundation was "slow" to develop the property according to the initial plan.

Suarez shortly after returning to the country said in his group’s radio program March 9 that it was “nice” that the Inquirer had launched its report series on Ash Wednesday, because it offers him and faithful supporters “the opportunity to join in Christ’s suffering this Lenten season.”

“It’s a blessing to be given this chance to sacrifice and do the things we do,” Suarez said.

Suarez, born in 1967 in Batangas province south of Manila, left the country in 1995 with a chemical engineering degree to work in Winnipeg, Canada. In 1997 he joined Companions of the Cross religious community in Ottawa and was ordained a priest in 2002.

Suarez, who was already known for holding healing sessions in various countries, gained celebrity in the Philippines for making the deaf hear and raising lame people from their wheelchairs. “Miracles” in other places attributed to him spread, including "bringing the dead back to life."

Tens of thousands flocked to his healing Masses. One elderly man died of exhaustion during a session, contributing to bishops’ apprehensions. Three bishops banned healing sessions in their dioceses.

On March 25, 2011, Suarez resigned from the Companions of the Cross. Bishop Antonio Palang of San Jose, Occidental Mindoro, just south of Cavite, accepted the priest into his vicariate, and four months later decreed Suarez's community of religious men named Missionaries of Mary Mother of the Poor as a Public Association of Christ’s faithful.

The community of missionaries established its base on Iling Island, Occidental Mindoro where it built its main house and Santisima Trinidad chapel. Two of the group’s seminarians were based in Monte Maria Healing Center on the San Miguel Corp. land in Cavite. Healing Masses, media ministry, catechesis, are among its ministries. Some priests are waiting for papers to officially join the order.

In the recent televised interview, Suarez said this move to Mindoro was a large part of the reason for reduced funds of the foundation. He said Masses in Imus were cut from weekly to once a month.

"When we started a new community of missionaries in Mindoro, its bishop decided that we should focus on Mindoro because we are only visiting priests here in Imus and the permit given to us was only for one mass a month."

Lay board members defend their priest

During the earlier radio program, Manuel Santa Cruz, a foundation board member since 2011, explained that the board had decided to revise the Monte Maria plan because the initial one agreed to by a previous board “was so expensive because it had many other structures in the compound, not just the pilgrim center – little churches and other structures.” The new board adjusted the plan to lower the cost of development to almost 600 million pesos, but San Miguel disapproved the less expensive design.

Lay board members speaking during the same radio program threw their support behind Suarez. Lourdes Siytangco said Monte Maria had spent 100 million pesos on clearing the Cavite grazing land and building roads. She questioned San Miguel’s supposed description of the chapel they built as “makeshift,” asserting it is a “stable structure” that seats 6,000 to 10,000 people.

She also said Suarez did not spend money to go to Wimbledon or the French Open.

In his TV interview, Suarez explained that air fare and costs of his travels for healing sessions abroad are all paid for by the organizers in the host country. He times his stints in Europe with the tennis matches. He gets to watch the matches for free through a pass issued to him by a former International Tennis Federation head who had been healed by him.

Suarez also explained that he receives many gifts.

“I ask for nothing and I refuse nothing,” he said in the interview.

He said he wears any clothes given to him, including designer shirts, to show appreciation for the gifts.