How is the film 'Silence' art? 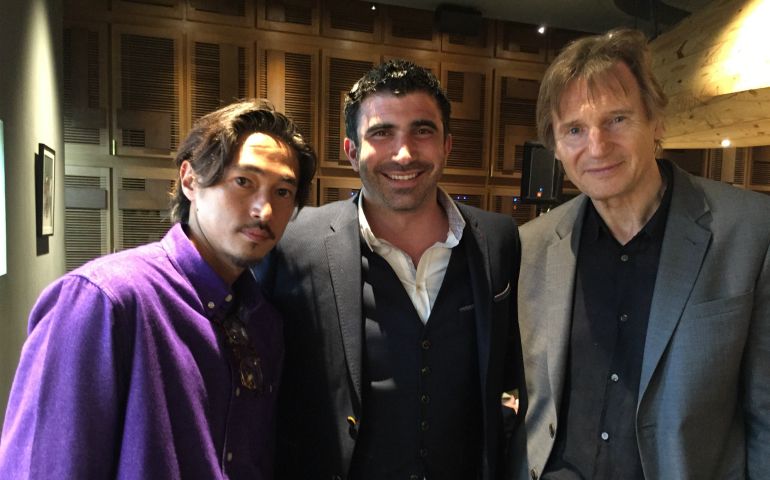 Sr. Rose Pacatte sat down with Matt Malek, an executive producer of "Silence," on Jan. 5, just before the Los Angeles premiere to talk about the film. You can read her full review of "Silence" here. Both the review and this interview contain spoilers, especially about the film's ending.

Pacatte: How is "Silence" art?

Malek: This is the first film in the 21st century that 200 years from now will be used in the same sentence as Caravaggio.

In the world of realism I believe that [director] Martin Scorsese is the first artist to reach the level of photorealism, to have touched the level of perfection, with "Silence."

What is "Silence" really about? Is it only the story of one man (Rodrigues, played by Andrew Garfield)?

If you see this film as just about one man's story, I think you've missed the entire story all together. The whole point is to show the contrast, to show the similarity as to difference, to show the humanity in everyone, the disparity between the cultures, to analyze Eastern and Western compatibility. It's a movie about faith, not about one man's faith.

What else is "Silence" about?

At the same time you have to see the movie through the lens of one man's faith who is at the center of the issue, Rodrigues, then the other Jesuit, Fr. Garrpe (Adam Driver), who is a martyr, and every single lay Catholic who is holy, saintly and willing to die for their faith, other than a few, except one, who seemed to be so horrible. This is Kichijiro, (Yosuke Kubozuka). He became the person I grew closest to even though there was a language barrier to begin with. His English improved immensely over five months, and by picture wrap we communicated quite well.

Kichijiro is the most underrated character in this movie, and I cannot understand why more people have not spoken about this character. Not only is he in just about every scene in the film, but Yosuke gives a fantastic performance. If you pay attention at the end of the movie, Kichijiro does something I don't even think that the novel's author Shusaku Endo intended — he became a martyr.

Did Scorsese need to add the extra minute at the end, when we see Rodrigues' wife place the small crucifix, the one that Mokichi (Shin'ya Tsukamoto) had given him decades before, in his hands before he is cremated?

Marty wanted this film to truly communicate what Endo, I believe, intended. Marty knew, as Gibson did with "The Passion of the Christ" (2004), there has to be something you can pull out of the suffering of Christ to give viewers hope, so there are scenes with Jesus as a young child with his mother. Marty knew right when the audience could not take any more, and he pulls out of the suffering and gives viewers hope with this scene. The ending of this movie is at a whole other level because Scorsese completely transforms the entire narrative of the film in an instant.

Would Endo be okay with this?

I think Endo would tell Marty it was his right to believe that this was the way it should be, that the story would end like this. Endo would have no opinion on how it was done because he would understand what art is.

Some Catholic reviewers have reacted negatively to the film.

To misunderstand what Mr. Scorsese was attempting to do is to misunderstand art itself. It is not his job to preach or to teach through this art; it is his job to show reality in an artistic way and also in an entertaining way because this is film, not a painting that you can spend two minutes with and move on. It's a two hour and forty minute adventure, a mini-retreat.

So what was Mr. Scorsese trying to do here?

Matt Zoller Seitz on RogerEbert.com writes about "Silence": "This is not the sort of film that you 'like' or 'don't like.' It's a film that you experience and then live with." Marty tried something that had never been done before, and he didn't just try it, he succeeded.

I am one of the few people, perhaps, who had read the novel, and before I read the script, I thought there was no way I would be involved in this movie: how do you show a man inside a prayer for two hours? I read the script, and I saw that Marty had adapted the script properly so I said I have to try, to do what I can to help and luckily was given the opportunity to so.

Culture | How is the film 'Silence' art?

Missoula is unpolished but still a must-read

Faith saved by a mix of old and new