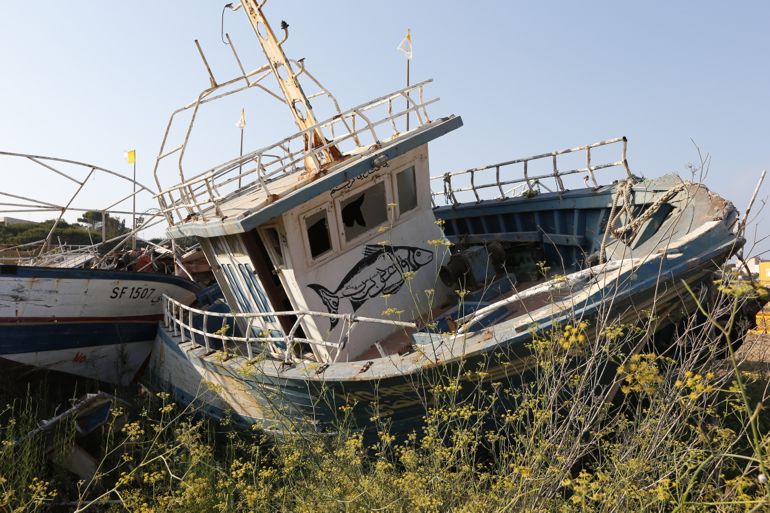 Boats that made voyages from Africa lie abandoned at the port in Lampedusa, Italy, July 7. (photo/CNS)

Vatican Radio did a background piece on the island Pope Francis visited Monday. Among its facts:

An excerpt from Vatican Radio's interview:

Giulia said she had the occasion to visit the immigrant reception center of Lampedusa. She describes it as being a very basic facility, meant just to welcome refugees and give them shelter for the first 48 hours or so. "Unfortunately, a lot of the time people are kept there for much longer". She says if you stay there for a long time it could almost feel "prison-like".

Giulia pointed out that the center is just meant as a primary welcoming structure and it is "geared to giving people the first medical attention they may need if they come off the boat dehydrated or that sort of thing". And then, she says, people get sent to other facilities where they can request asylum. So decisions regarding the status of the refugees are actually made elsewhere, on Sicily or on the mainland.

How about the islanders themselves? What are their feelings towards the refugees?

"The general feeling towards the refugees is that they are people who need help. The people of Lampedusa are very clear about the humanitarian element of the arrival of migrants and don't have a lot of time for the political intricacies of whether they should be in Italy or not" And she says: "that's really great because a lot of the time in the political intricacies the human element get lost". She says her impression is that "it has also been very trying for them in the last two years. Particularly in 2011 the situation became very difficult to live with, so there is a mixture of patience but also a kind of long-suffering disillusionment for the lack of support from Italian authorities in dealing with the crises as they come along".