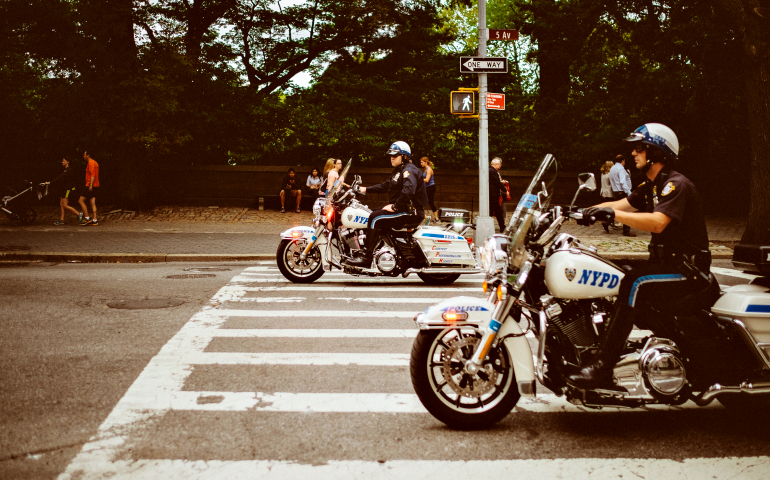 Oh, dear. "Standing Up for Our Law Enforcement Community" is painful reading. It is a dark view of life in these United States, where men and women in uniform are dishonored and homicides are rampant.

Supporting law enforcement means supporting our citizens' ability to protect themselves. We will uphold Americans' Second Amendment rights at every level of our judicial system.

This is not President Donald Trump speaking off-the-cuff. It is carefully crafted language that manipulates the data. It lays the groundwork for more Pentagon arms to local police, more money for police hiring and less for anti-bias training, and disregard of local pleas for gun purchase background checks.

The statements in this White House policy brief are not the "alternative facts" about inauguration attendance that Kellyanne Conway named on "Meet the Press" on Sunday, but they do establish an alternative universe where crime is on the rise in a "dangerous anti-police atmosphere."

Aeschylus said, "In war, truth is the first casualty." Are we at war within the United States?