On the life of Einstein, 'Genius' is simply great television 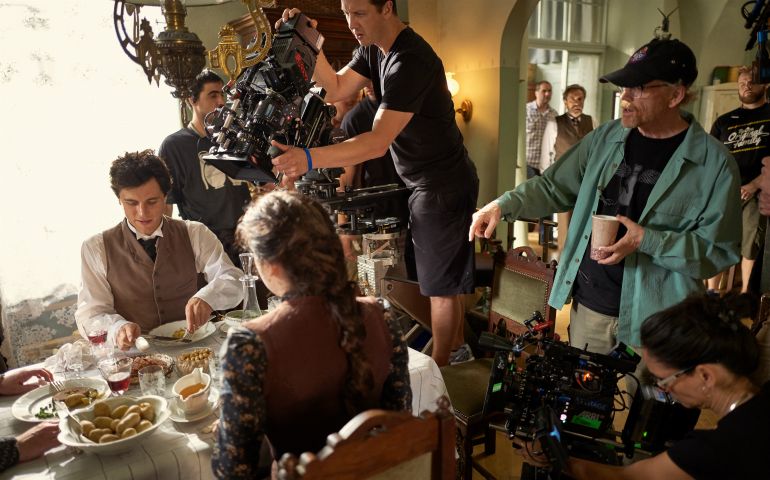 "I have no special talents. I am only passionately curious."
- Albert Einstein, to biographer Carl Seelig, March 11, 1952

The National Geographic Channel's first scripted series, "Genius," is about the life of Albert Einstein (1879-1955) and premieres this evening, April 25. Season one of "Genius" is a 10-part series filmed in Prague, where Einstein lived and taught in the early days of his career. A second season of the series has just been announced, but we will have to wait until the final episode of the first season to find out what it's about.

Oscar-winner Geoffrey Rush plays the older Einstein, the theoretical physicist who developed the theory of relativity, while Johnny Flynn is the younger man — brash, curious, volatile and brilliant. "Genius" is simply great television.

The non-linear script is based on Walter Isaacson's 2007 Einstein: His Life and Universe. Isaacson, in fact, is credited with writing 10 episodes, with two other writers for three of them. The narrative goes back and forth, from Einstein's youth to his later years in the United States, with highs and lows and his incredible accomplishments acted out in between. Ron Howard and Brian Grazer are two of the producers; Howard also developed the series with James Hawes and Minkie Spiro and directed at least one episode.

With the show's motion-picture-production quality, period set designs, fine cinematography and sharp writing, Einstein's brilliance shines from the screen in authentic portrayals of his life as a student, clerk — and lover who loved them and left them. As the saying goes, all television is soap. In this case, Einstein's story weaves the melodramatic moments, the ordinary if you will, and his extraordinary brilliance and sometimes cruelty when it came to his own family. Einstein once asked: "Why is it that nobody understands me, yet everybody likes me?" Watch the series, and you may find an answer. I am not sure everyone really liked him! He could speak of God and science, but his personal morality was more than a little iffy.

I have only seen the first two episodes, but I look forward to meeting some of the scientific luminaries from the turn of the 20th century, including Marie and Pierre Curie, Wilhelm Rontgen, and Carl Jung. The series follows Einstein through two world wars from Europe to the U.S. It details Einstein's dealings with J. Edgar Hoover who hounded him for years. "Genuis" premieres globally in April on National Geographic in 171 countries in 45 languages. Fox 21 Television Studios, Imagine Television and OddLot Entertainment produced the series.

Culture | On the life of Einstein, 'Genius' is simply great television

Editing genes down to the safe and productive middle

'We are patterns that connect': LCWR reflects on Trinity, physics, racism

No free will, no ideas: Physicist Brian Greene reduces everything to 'particles and fields'