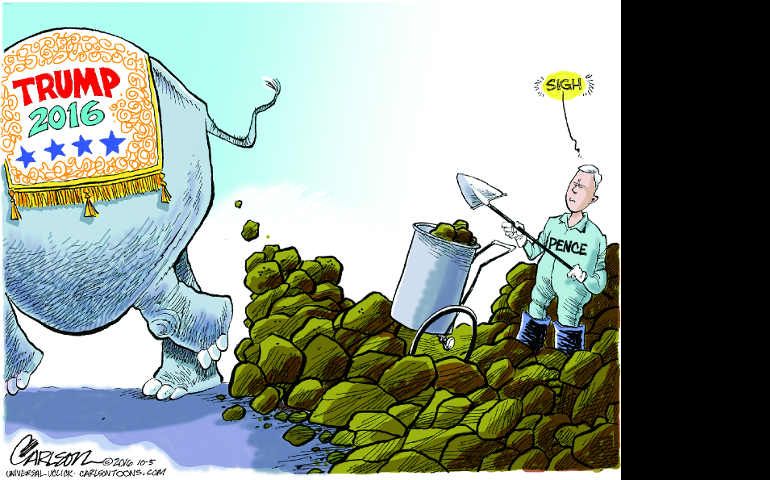 Election 2016: "I have a message for Catholics: I will be there for you. I will stand with you. I will fight for you." Read Donald Trump's letter to Catholic leaders. The letter was delivered to the 18th Annual Catholic Leadership Conference, Oct. 6 in Denver. The Little Sisters fo the Poor won't be bullied by the Trump administration, he pledges.

Election 2016: The upcoming holiday season may be a difficult one for the Giuliani family. Rudy Giuliani’s Daughter Is Voting for Hillary Clinton

For the first time since 1971, death penalty support slips below majority of Americans

According to Russian news agency reports: Russia is considering plans to restore military bases in Vietnam and Cuba

Commentary: Oops! The Catholic bishops forgot to include war in their list of issues for Pro-Life Month! by Oklahoma City human-rights activist and Catholic Worker Bob Waldrop

Damascus, Syria -- In Syria, more than one million children sign appeal for peace This appeal for peace is a joint campaign sponsored by Catholic and Orthodox Christians in Syria, while all religious communities have been invited to take part.

Fitbits and family ties: The baptismal call to faithful citizenship by Colleen Gibson