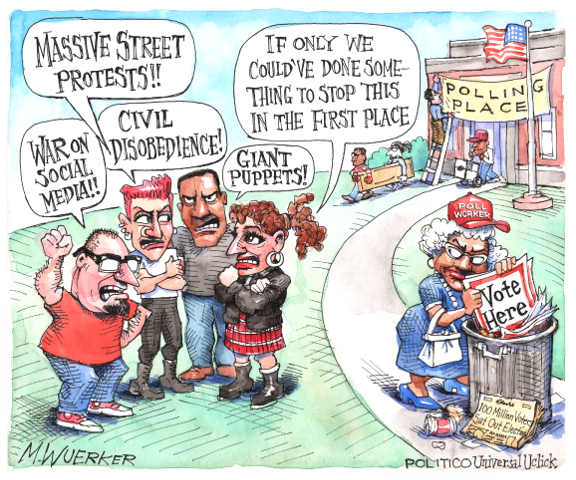 Today is Funny Friday! An editorial cartoon for your enjoyment, every Friday.

Haitians head to the polls Sunday: Of Haiti's 27 presidential contenders, six have the best shot at the seat

Ask Haitians about lingering problems of poverty and hunger, and talk inevitably returns to poor political leaders. In Haiti, poverty is the problem, chronic hunger the result

Detroit -- Approximately 400 participants will convene on Friday for the archdiocese's first synod in almost 50 years, which will focus on evangelization, transformation and innovation. Detroit synod aims to change archdiocese's 'DNA'

Vatican City -- The Catholic church gets a batch of new cardinals this weekend. Francis has searched for new faces and in new places, which is why David Gibson calls Pope Francis the ultimate recruiter

From the press box, Fr. Tom Reese observed the U.S. bishops meeting in Baltimore this week. His assessment: Bishops' meeting was boring, with flashes of inspiration

Lima, Peru -- Report: Obama, Putin may meet to discuss Syria while in Peru

Lima, Peru -- While China and Trump loom over APEC summit, many of the foreign media attending are eager to meet Philippine President Rodrigo Duterte. They wonder what controversial thing he will say.

The Vatican diplomat Archbishop Silvano Tomasi said the election of Archbishop José​ Gómez as vice president of the U.S. bishop's conference will serve as a great resource on immigration, especially in wake of the presidential election of Donald Trump -– known for his "fiery" comments on the issue.