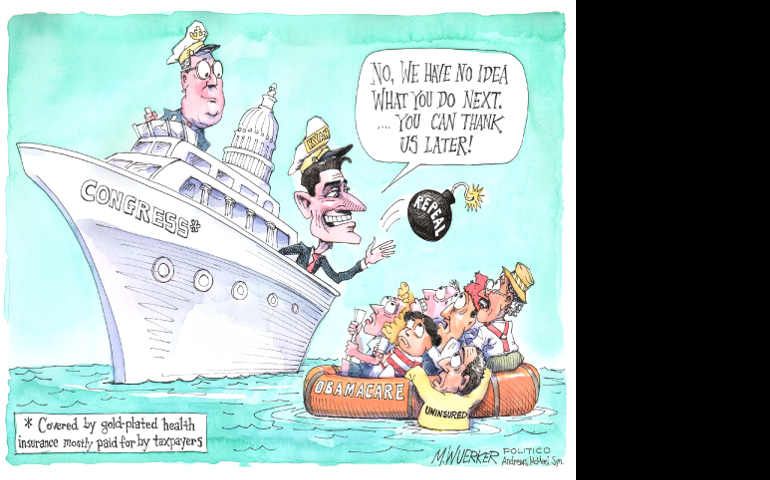 NCR editorial: Our task for the next four years

NCR's Washington columnist Michael Sean Winters will be writing this afternoon about Donald Trump's inaugural addresses. Until then, here are a few things to chew over:

Lincoln, Neb. -- Nebraska targets ban on religious garb worn by teachers. A 37-year-old nun was shocked to learn that, under a little-known law nearly a century old, she couldn't wear a habit in a public school classroom.

Salt Lake City, Utah -- New Catholic bishop embraces the special challenges and strengths of Catholicism in the U.S. The first Filipino-American bishop ordained in the U.S.

The President of the Irish Catholic Bishops’ Conference meets the pope, asks Francis to pray for Ireland in these 'politically uncertain and delicate' times

Manila, the Philippines -- Days after President Rodrigo Duterte lambasted Catholic officials for criticizing his war on drugs, he is now seeking a dialogue with Church authorities.

You know how sometimes when your looking for something on the internet and unexpected things pop up instead? Here's something I stumbled across this morning: Singing priests, witty Rockford bishop reel 'em in with 'Carpool Karaoke' spoof