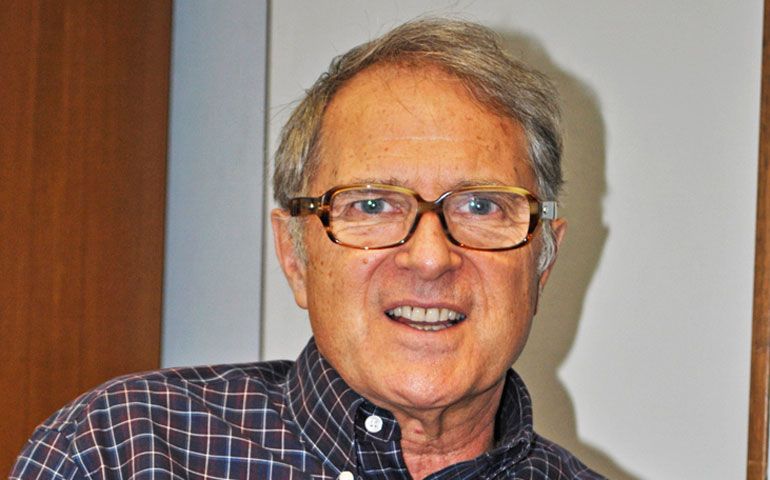 The call came 36 years ago this month. It was the always-scheming Arthur Jones. He said he would be in Washington, wanted to sit down at the National Press Club over lunch. Jones was NCR editor; I was then an editor at The Washington Star. I’d written for NCR over the years and always enjoyed Jones’ edgy journalism style.

We had corresponded over the years and had met once, in Rome, during the conclave following Pope Paul VI’s death in 1978. He was there for NCR; I, for the Detroit Free Press, where I was a reporter before coming to the Star.

Over lunch at the Press Club in January 1980, Jones asked if I might consider coming to Kansas City, Mo., as NCR editor. As I had just come to Washington 18 months before, I told him the timing was bad.

He was persistent. Two months later, he called again. “There’s no other journalism position in America with the freedom and satisfaction of NCR editor,” he again said. Would I consider coming to Kansas City, just to look around?

Well, you know where this story went.

President Ronald Reagan had just been elected and he was dismantling President Jimmy Carter’s human-rights-based foreign policy. Reagan appointed former Army Gen. Alexander Haig as secretary of state. Speaking before Congress, Haig said the churchwomen, indigenous sympathizers, had pretty much been responsible for their own deaths.

The nuclear arms race was also heating up. One of my first editorial decisions was to draw as much attention to the fledgling efforts by a handful of anti-nuclear-arms bishops, led by Detroit Auxiliary Bishop Thomas Gumbleton, to question the morality of nuclear deterrence. Their persistent efforts eventually moved the bishops to write and issue a peace pastoral in May 1983.

NCR’s Latin America and nuclear weapons coverage highlighted the early 1980s. By the mid-1980s, we were focusing on the U.S. bishops’ economics pastoral and following the relatively unknown eco-theologian Passionist Fr. Thomas Berry around the country, highlighting his novel talks, which were stirring the environmental imagination and movement.

And, of course, in June 1985, we began coverage of the clergy sex abuse tragedy. Alone for years, we were persistent and faced much ecclesial and social pressures. Jones, and later editors Tom Roberts and Dennis Coday, have stayed the course, much to their credit.

Countless other reports, exposés and features have filled NCR’s pages over the years. The late 1990s and early 2000s were years of editorial transition, from print to electronic. It has meant our reporting has gotten much faster, our reach farther. We have gone from weekly to hourly, from national to global.

And in the past two years, we’ve added Global Sisters Report to our editorial repertoire. It has been a creative source of energy within the company, highlighting some of the best work going on in the church today.

I have been blessed over these past 36 years. Alas, it’s time to move on to the next phase in my life. Some might call it “retirement.” I prefer to call it “rewirement.”

I leave with a sense of gratitude to NCR board and staff, who have cooperated so amazingly to grow the NCR mission. I am keenly aware this could not have happened without the support of our readers. You make up the NCR family. Know how grateful I am. Please continue to support NCR.

I also leave with a sense of satisfaction that the future of NCR rests in fine hands, led by Coday, publisher Caitlin Hendel, and board chair Thomas Bertelsen.

Know that as I step away, I will not lose my keen interest in all things NCR. Not by a long shot. It’s too much a part of who we have become together over the years. Yes, I will be around, cheering for the home team, offering my support as best I can.

Meanwhile, I will keep you in my prayers. I ask that you keep me in yours.

Editor's Note: NCR is hosting a small, family gathering Jan. 29 to thank Tom for 36 years of hard work and inspiration. If you would like to send a short tribute, or thank you note, please send them to rewirement@ncronline.org. Please keep messages to 250 words and put them in the body of the email. Do not send attachments. Include your name, address and a day time telephone number.