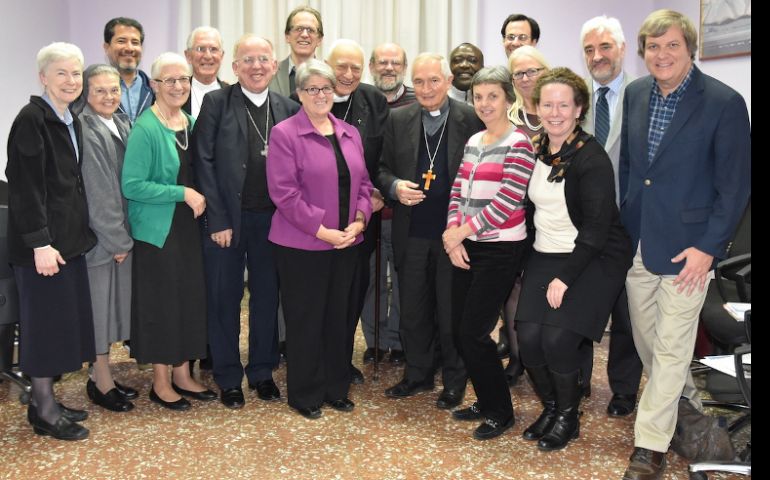 Vatican City — Several representatives of groups that participated in a landmark Vatican meeting last spring to reevaluate the Catholic church’s long-held just war theory met with church officials in Rome again this week, including the archbishop who serves as the Vatican’s foreign minister.

Members of the Catholic Nonviolence Initiative -- a project that includes groups such as Pax Christi International, the Maryknoll Office for Global Concerns, and umbrella groups of men and women religious -- also met with an archbishop working for the Pontifical Council for Justice and Peace.

The group said in a statement that it planned its Dec. 19-20 meeting in Rome to reflect on Pope Francis’ World Day of Peace message for 2017, which focuses on nonviolence and is the first substantial papal document dedicated entirely to the matter.

“We are committed to following up on this statement on a deep level,” said Marie Dennis, a member of the group who also serves as co-president of Pax Christi International. “It has raised many topics that deserve much reflection, and we are ready to help spread this message of nonviolence in whatever way we can.”

Catholic Nonviolence Initiative members met with both Archbishop Paul Gallagher, Secretary for Relations with States at the Vatican’s Secretariat of State, and Archbishop Silvano Tomasi, the Vatican’s former permanent observer to the U.N. in Geneva who now works for the pontifical council.

The Initiative was following up on an April meeting co-hosted by the pontifical council and Pax Christi International to reevaluate just war theory, which dates back to 4th century St. Augustine of Hippo.

"There is no 'just war,'" the some 80 participants of the conference stated in a joint appeal at the end of the event, in which they also called on Pope Francis to consider writing an encyclical on peace-making.

Among those who took part in the Rome meeting:

God in the beauty of the moment

Will the poor be represented at the G-8 in Italy?