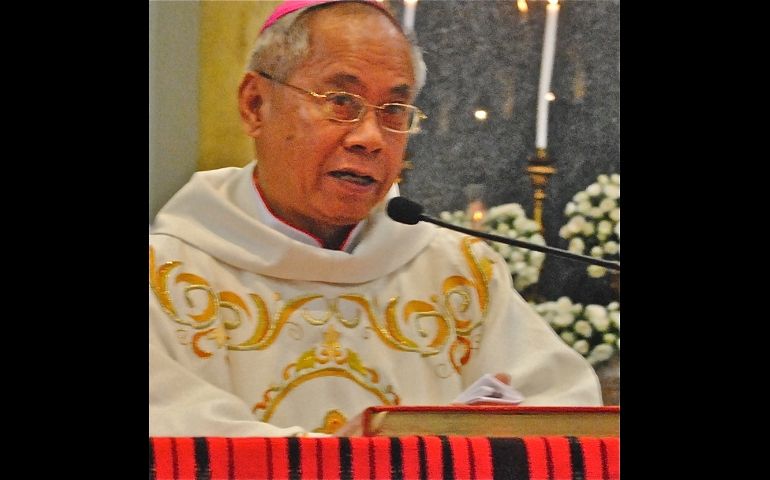 More than any other living prelate in Asia, Archbishop Orlando B. Quevedo of Cotabato in the Philippines, newly appointed cardinal by Pope Francis, has advocated and designed the structures of pastoral Asian churches.

As an active participant and former Secretary General of the Federation of Asian Bishops Conferences, Quevedo has played an influential role in developing volumes of Asian pastoral statements in recent decades. He is widely respected among his Asian peers. In 1994, Quevedo was elected with the highest vote to membership in the General Council of the Secretariat of the Synod of Bishops in Rome.

The Quevedo appointment clearly reinforces Francis’ vision of church in the Philippines and adds to the already powerful pastoral influence of Cardinal Luis Antonio Tagle of Manila, who undoubtedly was influential in the appointment.  The Quevedo appointment has special meaning because it is unprecedented for a cardinal to be named to the see of Cotabato on the island of Mindanao in the southernmost part of the Philippines.

The writings of the FABC over the past 40 years have consistently aligned themselves with the teachings of Vatican II in efforts to build vital local churches throughout Asia.

With Tagle and the 74-year-old cardinal-elect Quevedo as Philippine cardinals, the Asian nation with the largest population of Catholics is solidly in the hands of bishops who advocate the need to build a church of the poor.

To get a sense of the importance of the Quevedo appointment it is first important to understand the place of the Federation of Asian Bishops Conferences for which he was General Secretary until 2011.

Until the early 1970s, the local churches of Asia had little communication. That changed after the November 1970 pastoral visit by Pope Paul VI to Asia. Bishops throughout Asia came to Manila for that visit. Out of it came the idea to form a pan-Asia Catholic episcopal conference, which eventually took the name Federation of Asian Bishops’ Conferences.

Though the organization ran into early opposition from some Vatican prelates, it had the backing of the Paul VI. Within years it was asserting new pastoral leadership, so new that locals began to call it “a new way of being church.”

Maryknoll Father James H. Kroeger, long time missioner and one of the most observant priests regarding the Asian churches, recently called the FABC, “the most influential body in the Asian Church since Vatican II.”

“The FABC asserts that the pathway for the Church in Asia to truly discover its own identity is to continually engage in a threefold dialogue: with Asian peoples, especially the poor [integral development], Asian cultures [inculturation], and Asian religions [interfaith dialogue].

This programmatic vision of a ‘triple dialogue’ has constructively guided the FABC for over three decades. In a word, one can validly assert that the FABC is truly ‘Asia’s continuing Vatican II.’”

Bishops in the Philippines and throughout Asia have often deferred to Quevedo to draft papers on diverse issues dealing with terrorism, migration, poverty, and the Eucharist as fundamental community builder.

A founding concept of the FABC has been the triple dialogue. This is how Quevedo recently described it:

"This dialogue … is at the heart of the vision of Church that FABC aspires to become. The Church in Asia strives to be inculturated in Asia, rooted in Asia, incarnate in Asia. At the same time the Church considers the task of inter-religious dialogue as a pastoral imperative in the common journey of Asian peoples to the Reign of God. Finally, in a continent of massive poverty the Church has to be in dialogue with the poor, so that as a Church of the Poor it can be a humble servant of the peoples of Asia and credibly and effectively proclaim the Gospel of Jesus, the Lord and Savior."

In recent years, with Vatican appointments of bishops in Asia with close ties to Rome, some of the forward-looking pastoral initiatives of the FABC have been muted. This appears now to be changing and the appointment of Quevedo as a cardinal means that both Asia and the wider church will benefit from Quevedo’s keen pastoral insights.

[Thomas C. Fox is NCR publisher and is also the author of Pentecost in Asia: A New Way of Being Church, which chronicles the birth and growth of the Federation of Asian Bishops' Conferences. His email address is tfox@ncronline.org.]