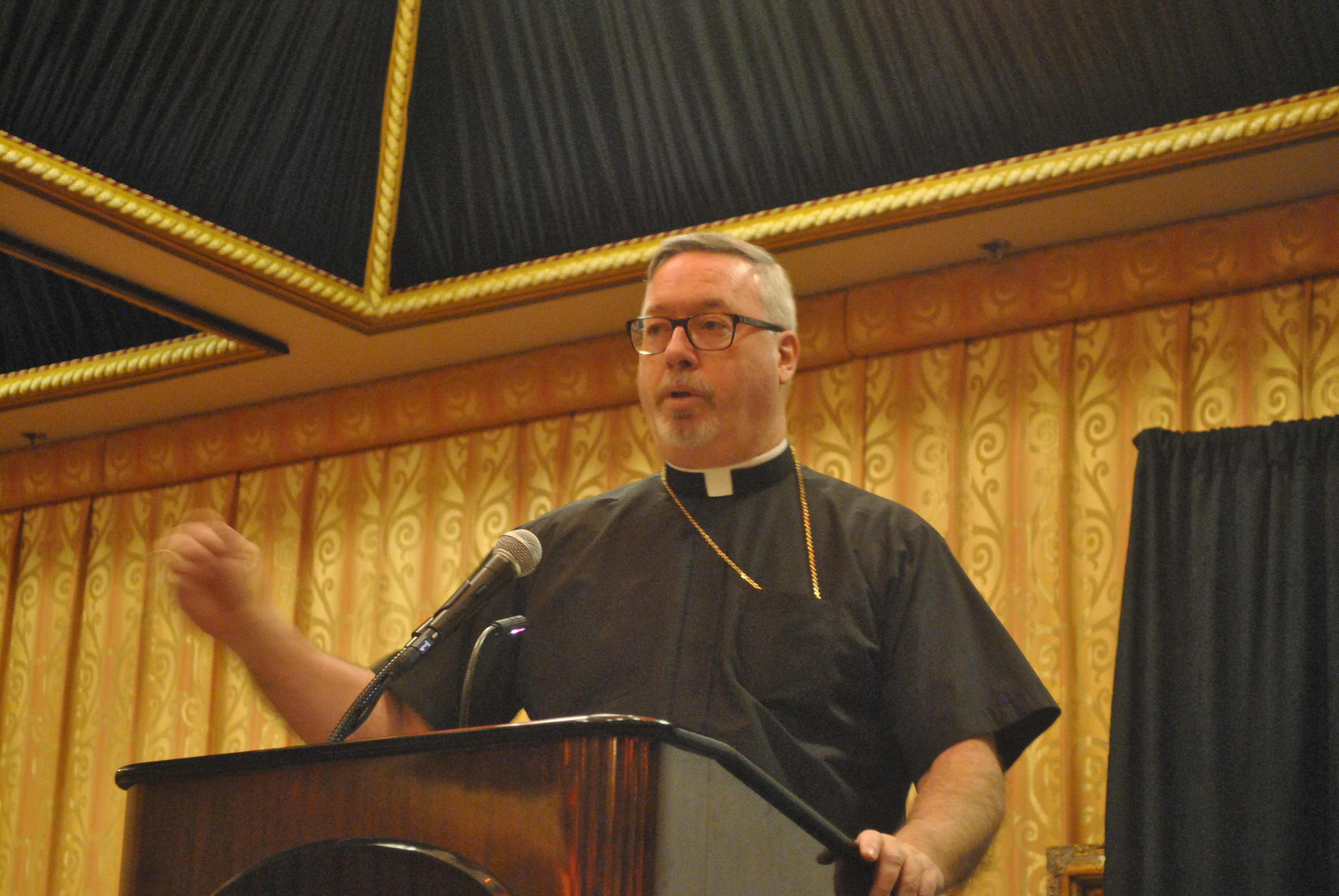 With growing stresses from increasing responsibilities, how can priests avoid offering dull homilies and unengaged liturgies?

That topic was at the center of discussion Tuesday at the 45th annual conference of the National Federation of Priests’ Councils.

The theme of the conference “All things renewed in Christ,” really starts with the liturgy, the touchstone for priests, said Fr. Tony Cutcher, president of the federation.

Speaking to that end, Auxiliary Bishop Christopher Coyne of Indianapolis described the liturgy as a human ritual, one that has embodied constancy and change.

“Liturgy is always human ritual, and as such, has been subject to the same ups and downs within its celebration in the past as it has at times today,” he said, despite some attempts to romanticize past liturgical celebrations as unwavering from a strict format.

Still, the liturgy can be celebrated poorly, often a result of the manner of its celebration than a flaw in the ritual itself. Coyne cited proper reverence, good music, good preaching, clear and loud articulation, appropriate pacing and gestures as core pieces of a well-celebrated liturgy.

The challenges to meeting those standards, he said, are connected to numerous realities and stresses facing U.S. priests today, among them declining priest numbers, “liturgy wars” between pre- and post-Vatican II forms of the Mass, the new evangelization and generic Christianity.

Coyne described his own past, where in the Boston archdiocese he was one of five priests serving a parish of 1,500 families after his ordination in 1986, and served the same-size community as a solo pastor 21 years later. The increased Mass workload can affect a priest’s performance in celebrating, he said, and they can become just “liturgical functioners” and not part of the communities.

“The requirements in terms of just trying to celebrate Mass and do all the things that are part of being a good parish priest can place a lot of stress on guys because priests want to help people, be with people, and celebrate the sacraments, and sometimes it’s hard to say no,” Coyne said.

To offset that, he recommended priests set limits to what they can do. In terms of good liturgy, he advised priests to get out of the way of the celebration and allow the ritual “to do what it does” in offering glory to God.

“I think the priest must always be careful about developing that cult of personality around him, and asking himself the question, if I were to leave this parish tomorrow, and another priest would come in, would the parish continue to be healthy, would the liturgy continue to be done well,” Coyne told NCR.

Fr. John Judy of the Louisville, Ky., archdiocese found important the relationship between the church liturgy and human ritual and the need to be sensitive to that. From his own experience as pastor of two parishes, he said a strong parish community can lessen the stress on a priest.

“I’ve very often told people that even though I’m by myself with two churches, that it’s the easiest assignment I’ve ever had,” he said, noting it takes time to develop such a relationship.

Coyne also recommended priests spend more time in prayer and meditation to renew their spirit. Such a task can often become lost among other obligations, Cutcher said.

“We become so other-centered, and our lives are going from one appointment to another liturgy to another meeting, oftentimes, we are the last person we take care of,” he told NCR.

But the value of doing so can reap great benefits, for both the priest and his parish community.

“I can tell you from my own life, there were periods when I wasn’t happy doing what I was doing … it showed in the way I interacted with individuals, and it showed most especially in the way that I presided at liturgy and in my preaching.