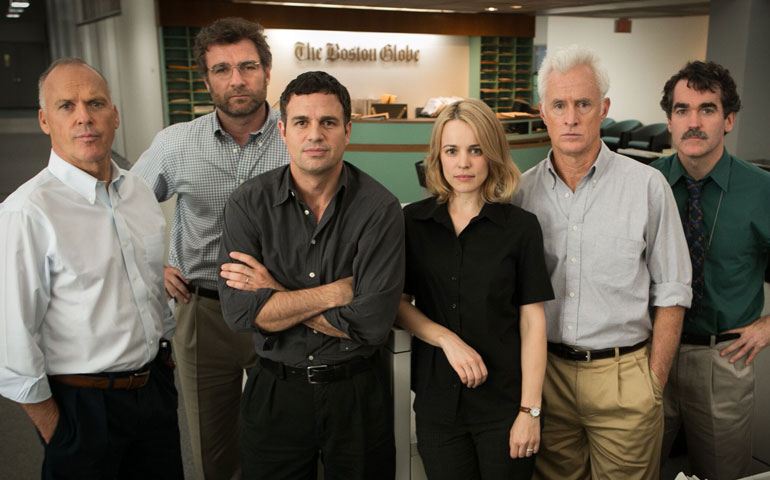 "Spotlight," the 2015 drama about the Boston Globe team that reported on the clergy sex abuse cover-up by the Catholic church, could take home several Oscars during this Sunday’s 88th Annual Academy Awards. The film is nominated for Best Picture, Actor in a Supporting Role, Mark Ruffalo; Actress in a Supporting Role, Rachel McAdams; Directing; Film Editing; and Writing (Original Screenplay).

National Catholic Reporter has run several articles about the film and its impact. Following are links to "Spotlight" content available on NCRonline.org.

Ken Briggs: The Spotlight and NCR

Kurtz on 'Spotlight': Praise for the media

More stories on the site are available here.

Other stories we've linked to about 'Spotlight':