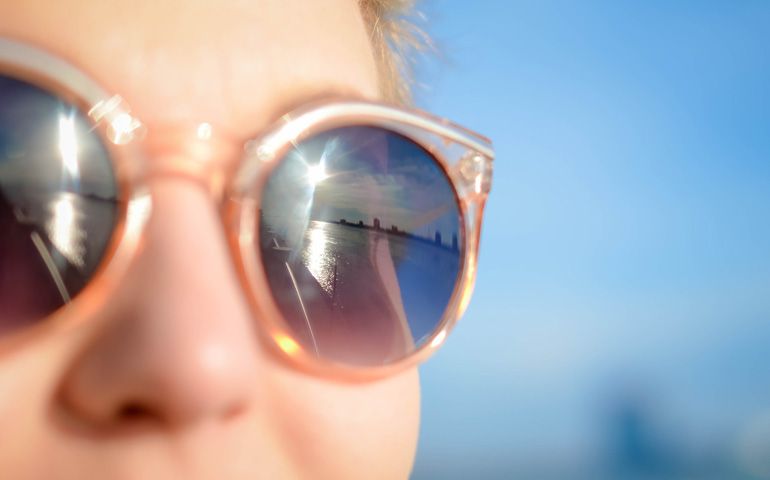 It is hot and muggy in St. Louis, the sort of weather that breeds wallowing in dire foretellings and gloomy misgivings. Or perhaps the weather breeds common sense. I was brought up short in a hoot of laughter when I read this from The New York Times in my mailbox:

QUOTATION OF THE DAY

"You start worrying about everything, you'll go crazy and you won't enjoy life."

JIM GORSKI, a former Navy pilot who lives in Alaska, on the likelihood of the state being hit by a North Korean missile.

The news article is "Alaska Looks at a Nuclear Threat, and Shrugs It Off." Well, yes. Life is a great gift, designed to give us joy. Now, I agree there might be a "Yes, but …" lurking within that nuclear threat. But not today.

Today I am reveling in President Jimmy Carter up in Winnipeg building a house for Habitat. Yes, he got dizzy from the heat and spent the night in the hospital. But he is 92 years old and still showing up.

Venus Williams, 37, and Roger Federer, 35, showed up in the finals at Wimbledon. Though they are half my age, they are the old gal and guy and I loved rooting for them. Venus lost, alas. I've been a fan since she was 14 and beaded her hair. She plays tennis with joy and I enjoy her.

This month, I went to the funeral of an old friend and mentor, Yvonne Logan, who spent her life working for peace. Back in the '50s she directed the baby tooth project that proved infants were ingesting strontium 90 in breast milk and thus ended above-ground nuclear testing. She had four children, grandchildren and great-grandchildren. A friend said he was glad to see me but sorry in the circumstances. I said I thought the circumstances were pretty good. She was 97 and 150 people showed up to celebrate her life. My eyes welled up when her husband Joe followed her casket out of the church, leaning heavily on his walker. Joe has lonely times ahead. But he and Yvonne sailed across Lake Michigan in summers even as they stood firmly against war.

Despondency tempts us during these dog days of summer. No matter where we stand on the political and religious spectrums, it's an uphill climb. We are planting seeds, not reaping the harvest. The wind is in our face and they've moved the goal posts. All metaphors will be accepted and used.

Resist! Sure, we have to stay in the struggle, but savor the flowers and gazpacho and the smell of cut grass this summer.