The rise, fall and rise of the Middle East 'strongman' 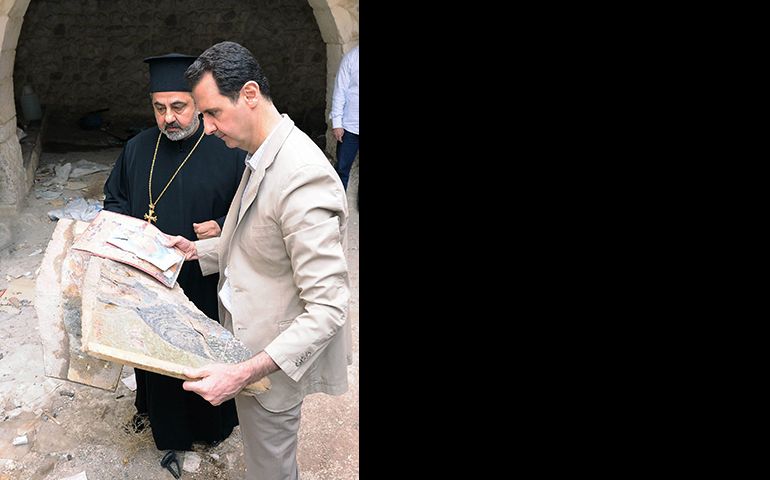 On a trip I made to the Middle East in September 2016, I engaged in numerous political conversations with friends and acquaintances to get a perspective that is always different than the one we get in the United States.

Two related conversation topics stood out. A majority of people I spoke to were rooting for Mr. Trump to win the U.S. presidential election. Often this was tied into him being a 'strongman' who would understand how to deal with the chaos in the Middle East due to 'decisive action' that he would take.

What surprised me most were the short political memories people had. The modern Middle East (post-1945) has had a dismaying history of domination by unsavory leaders with dictatorial tendencies.

The first was the creation of the State of Israel in 1948, which served as an excuse for many leaders to claim that the national priority was liberating Palestine and that everything else, namely the building of the institutions of democracy such as elections, free media and civic society, had to defer to that.

The second was the Cold War between the West and the Soviet Union where Middle Eastern countries lined up on one side or the other of the ideological divide. Here too, for the West or Soviet Union, the priority was not Middle East democracy, but rather an authoritarian leader who would toe the line in the battle between the superpowers.

Personality cults reinforced this message. The strongman had a "paternalistic relationship" with the people, mirroring the authoritarian role typically allocated to the father in traditional society. In the absence of judicial independence and the rule of law, major religious holidays were often used as occasions for prisoner releases and political pardons, reinforcing the image of the father forgiving his errant children.

Meanwhile, all-pervasive intelligence services ensured any threats to authoritarian rule were quickly quashed. In fact, the strongman often insisted that revolutions are foreign plots, instigated by foreign-paid saboteurs rather than by disenfranchised populations.

The great sociocultural diversity of Middle Eastern societies reflected in the complex ethnic, sectarian, tribal, clan, and familial divisions that characterized them was viewed as a threat to social order by both the strongmen and their great power patrons who chose guaranteed stability over 'messy' democracy.

Examples of these leaders in recent times are Saddam Hussein in Iraq, Muammar Gaddafi in Libya, Hafiz al-Assad and Bashar al-Assad (father and son) in Syria and Hosni Mubarak in Egypt.

For a brief while beginning in late 2010, it seemed like the era of the Middle East strongman was coming to an end. Across the Middle East, beginning in Tunisia and then on to Egypt, Libya, Yemen, Bahrain and Syria, strongmen leaders began to fall or teeter close to collapse. For the first time in the history of the modern Middle East, the mass movements of change were composed of various, largely secular segments of society united around demands for broad political and social rights.

What briefly emerged from what has become known as the Arab Spring was a vanguard of civilian leaders who rejected the prevailing strongman "social contract" in which the people made peace with government repression, arbitrary laws, state-run media and censorship, and single-party rule, in exchange for security and stability. Instead, they now demanded justice, freedom, and dignity.

The brief promise of democracy with the fall of dictators in Tunisia, Yemen, Libya and Egypt never materialized. Save for Tunisia, where a new democracy of sorts has been established, the old ways proved surprisingly durable, aided both by the ambivalence and indecisiveness of the West and the active engagement of Arab powers to reverse the course.

It may once have been historically possible to attribute the strongman phenomenon to post-colonial, historical or national cultures. But that does not explain its reemergence in today's connected world. One factor that does is foreign meddling. Two feuding regional powers, Sunni Saudi Arabia and Shiite Iran, have intervened in Bahrain, Yemen, Syria, and Egypt to prop up, restore or create new strongmen.

In Egypt, the Saudis were alarmed by the fall of Hosni Mubarak and his abandonment by the Obama administration. This alarm became even more pronounced when an unprepared and divided secular opposition lost the first free elections in Egypt after the fall of Mubarak, leading to the election as president of establishment of Muslim Brotherhood leader Mohammed Morsi.

Within a year, the Egyptian army had stepped in and deposed Morsi. Egypt is once again ruled by a new strongman, General Abdel-Fattah el-Sissi who has capitalized on the spread of ISIS and the chaos in Libya and Syria to stress stability over human rights and civic freedoms. In return, the Saudis and other Gulf states have opened the spigot of financial aid in active support.

In Syria, strongman Assad survives because external rivalries allow it, notably between Iran, Hezbollah and Russia on the one hand, and the U.S., Turkey and Gulf allies on the other. So far, Russia and its allies have had the upper hand and have reversed the course of the conflict in Assad’s favor due to their direct military participation on the ground and in the air.

When popular protests broke out in Bahrain, a Shiite-majority country ruled by a Sunni monarchy and abutting Saudi Arabia's Eastern Province where most of the kingdom's oil reserves are concentrated, the Saudis accused Iran of supporting the Bahrain uprising, and sent troops into Bahrain to help crush the pro-democracy movement.

In Yemen, the Saudis have intervened even more forcefully militarily, waging war against the Shiite Houthi rebels who are supported by Iran. Yemen remains mired in a civil war where the civilian population has borne the brunt of the fighting.

Five years after the Arab Spring started, the Middle East is arguably at a worse place than it was before. The dichotomy presented by Sissi and Assad where the Middle East is stuck between two choices -- authoritarian and nominally secular rule or the nihilistic chaos of jihadist extremists like al-Qaida and ISIS -- is a false one and echoes the strongmen of an earlier generation.

While true that strongman rule provides stability in the short term, what the powers-that-be in the Middle East and the West have failed to grasp is that authoritarianism affirms the idea the democracy cannot be attained through political means and that violence is the only path to political inclusion.

While violent jihadists must be forcefully opposed, demonizing all Islamists and other political opponents of Middle East regimes as terrorists who can only be violently suppressed nurtures a self-fulfilling prophecy. More repression leads to more radicalization in a cycle that increases in viciousness and violence.

The return of the Middle Eastern strongman is a lesser evil than the scorched earth strategy of ISIS, of that there is no doubt. But this short term Band-Aid must eventually give way to real reform of Middle Eastern political, social and cultural systems so that freedom and human dignity will finally take root in the region.

It is not only the region that desperately needs this. Terrorist attacks in Western countries including the U.S. have shown that the world cannot insulate itself from the Middle East. The responsibility to reform the Middle East is truly an international one.

World | The rise, fall and rise of the Middle East 'strongman'

Have we listened to the message of Jesus?