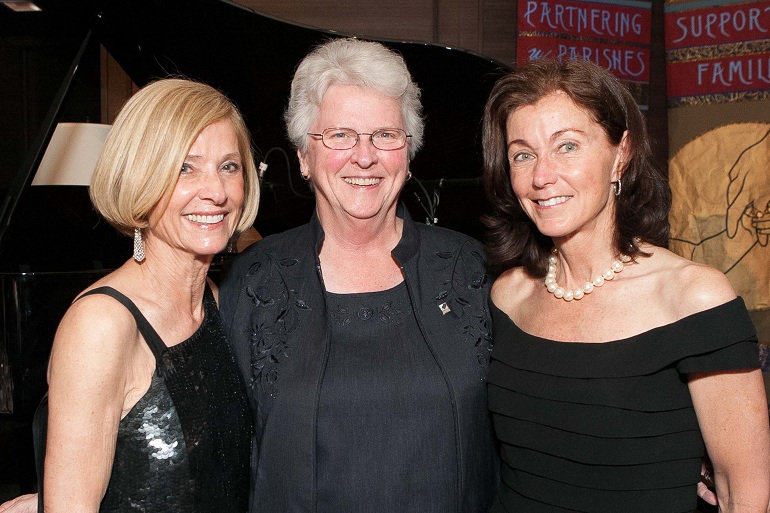 So do we need to be reminded yet again of what U.S. Catholics think of their women religious?

Here’s another measure of affection:

Nearly 500 people jammed into a conference room April 13 at the St. Regis Hotel for Catholic Charities CYO’s annual Loaves and Fishes awards dinner and gala. Each year organizers honor some worthy recipient with the Loaves and Fishes Award for Faith in Action. It’s for someone who has done extraordinary work on behalf of the needy of the archdiocese.

This year organizers chose to honor the 650 women religious from 48 congregations working in the San Francisco archdiocese. (Word is it was the choice of San Francisco Archbishop Emeritus George Niederauer.)

The citation noted “their vital role in building schools, hospitals, orphanages, homeless shelters, homes for the elderly, and many other charitable institutions, including a partnership with Catholic Charities CYO that began more than a century ago.”

What’s remarkable is that the San Francisco dinner drew record numbers of guests, raising a record $500,000. Previous dinners have raised a half to two-thirds that amount, organizers noted.

Why the record? When local Catholics learned the archdiocese was honoring the women religious they wanted to be part of it. The hall grew so crowded fire marshals came out to watch over the overflow crowd. Extra tables were added in the hall way and inside the dining room many tables that normally seated eight were packed with up to 12 guests.

“From the founding of St. Vincent’s School in Marin by two Sisters of Charity of St. Vincent de Paul in 1855, Catholic Charities CYO has enjoyed a long rich partnership with women religious in providing compassionate care and services for the neediest of our brothers and sisters,” said Maureen Sullivan, event co-chair and long-time Catholic Charities CYO Board member.

The evening included a video tribute to the women religious of the archdiocese and a keynote address by Mercy Sister Lillian Murphy, CEO of Mercy Housing, Inc.

Gratitude once again to our women religious.  Who's listening in Rome?