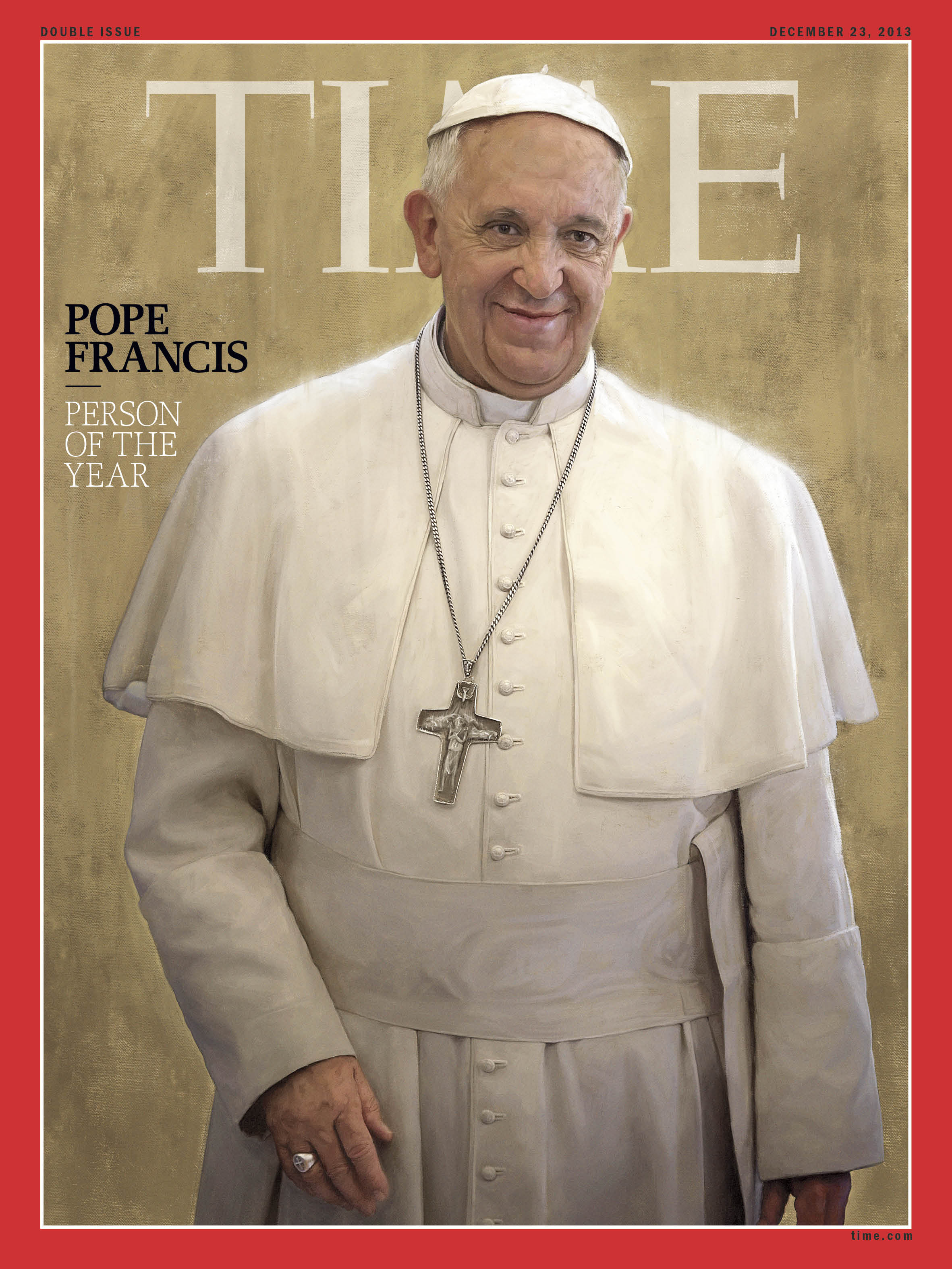 In the latest confirmation of just how much Pope Francis has taken the world by storm, Time magazine today named him its Person of the Year, outdistancing other finalists such as Edward Snowden, Bashar al-Assad, and even Miley Cyrus.

Here are four quick thoughts about the significance of the honor.

First, this is not the first time a pope received this distinction. John Paul II was Time's man of the year in 1994, in part for his moral leadership and in part as a belated recognition of his role in the collapse of communism.

Of course, John Paul had been pope for 16 years at that point; the fact that Francis claimed the honor within his first year is a telling index of just how quickly, and thoroughly, he's captured the imagination of the world.

One has to credit Time for getting the key word into the lead. I've observed before that the best way to capture Francis' vision is as the "Pope of Mercy," and the tribute today says the magazine tapped Francis in part for "balancing judgment with mercy."

For the record, Time is not the first media outlet to declare Francis person of the year. That distinction belongs to the Italian edition of Vanity Fair, which pulled the trigger on the award way back in July. Their write-up included an assessment from that well-known Vaticanologist Elton John, who proclaimed Francis "a miracle of humility in an era of vanity."

Second, the fact that Francis topped Miley Cyrus in what is, at least in part, a referendum on celebrity appeal probably says something positive about our culture. At least in his case, we can be reasonably sure he won't get a new tattoo to celebrate the moment.

Third, given Francis' penchant for not taking himself too seriously, it's a good bet he won't be handing out cigars in the Vatican to celebrate. On the other hand, he's a tremendously missionary pope who wants the church to engage the world. The fact that the world seems to be responding, therefore, will likely strike him as encouraging.

Fourth, there will be probably be a degree of blowback to the award in some Catholic circles among believers who get nervous when the world seems overly positive about the church. Their question always is, Do they really understand what we're saying?

Of course there's a risk of simplification or caricature when the culture of celebrity takes over perceptions of religious leaders. That said, the question is which problem Catholics would wish their pope to have: deciding what to do with the world's interest or struggling to acquire it in the first place?

Most people would probably say that all things being equal, the first problem is by far the better one to have.