Editorial: In encyclical, Pope Francis issues a challenge to the rich 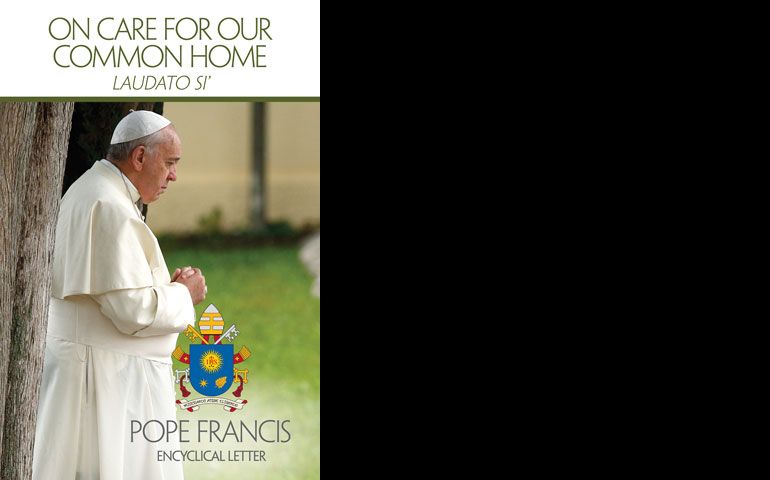 This article appears in the Francis: The Environment Encyclical feature series. View the full series.

One measure of the significance and potential influence of Pope Francis' encyclical on the environment, Laudato Si', is the range of reaction against it that surfaced in the United States, and the swiftness with which the pushback occurred, some of it pre-emptively. This encyclical, more than any in recent decades, strikes at the heart of where and how we in the developed world live upon and relate to the rest of the planet.

The sound-bite reactions of politicians like Jeb Bush (he doesn't take his instructions in politics and economics from the pope) and Rick Santorum (the pope should avoid subjects like the environment) made for saucy, in-your-papal-face attention-grabbers in the early news cycles. But those comments, like today's news cycles, will disappear as quickly as dew in the desert.

The long-term challenge will come from those with real skin in the game, the rich institutes and think tanks, some of them overtly Catholic or Christian (think Acton, Napa, Ethics and Public Policy Center, among others), and wealthy special interests that are deeply invested in keeping Christianity tightly bound to U.S. international economic and political interests. It will be interesting to follow how scholars at Catholic business schools fueled by Koch brothers' money handle the papal critique of consumer-driven cultures and throwaway societies.

There may be many ways in which the United States, historically and in the present, is exceptional, but not all of those ways are cause for pride. Francis is asking us to be mature enough to look unblinkingly at the dark side of the culture -- at the exploitive side that from early on, for instance, viewed the hemisphere to our south as our "backyard," with all that phrase implies in terms of ownership and the right to do as we wish.

Already some have tried to diminish the effect of Francis' teaching on matters economic and environmental by recalling his Argentine roots, in a manner implying he couldn't possibly understand the sophisticated and complex worlds of U.S. economics and international commerce.

The reality is, unlike his predecessors who spoke the same criticisms of unbridled capitalism and the growing disparity between global rich and global poor, Francis speaks and writes from experience. His most recent formation -- and it apparently made quite an impression -- came in the form of years among the poorest on Earth, those ground down and thrown away by the global economy and brutal politics.

This encyclical has been under construction for years.

Laudato Si' confronts First World business ethics and its fundamental presumptions about the right to resources and cheap labor and its foundational belief that profits remain the primary, and sometimes the sole, criterion for success. It challenges the current state of our politics in the United States and the ascendancy of the extreme individualism that underpins some of the most active political forces on the left and the right. The phrase "common good," largely scrubbed from U.S. political discourse in recent decades, appears 31 times in the English translation of the text.

Just as Rerum Novarum, on the eve of the 20th century, ushered in a new era of social teaching, Laudato Si' seeks for the 21st century nothing less than a huge change in the social order, and it asks the Catholic community to lead the way. It is a ringing call for justice that lands, unsettling as it is, on the doorstep of the rich global North. There is no avoiding it. It's here for the long haul.

Politics | Editorial: In encyclical, Pope Francis issues a challenge to the rich