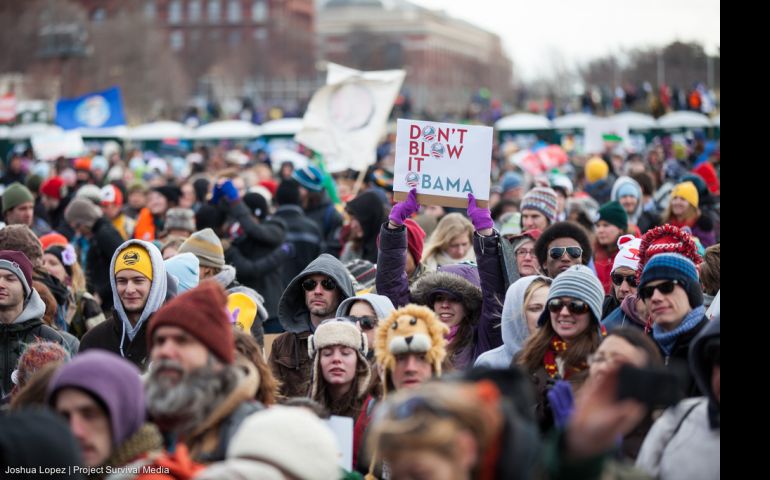 Participants in the "Forward on Climate" rally in Washington D.C. Feb. 17, streets to show President Barack Obama public support for climate solutions, while also challenging him to keep his commitment of making climate action a top priority during his second term. (Photo: Josh Lopez/350.org)

On Presidents Day weekend, more than 35,000 people from more than 30 states gathered on  in Washington D.C. to draw attention to the issue of climate change, in what organizers called "the largest climate rally in U.S. history."

Specifically, they urged President Barack Obama to act on his promises to address climate change during his second term, first by rejecting the controversial Keystone XL transnational pipeline.

Using Storify, Eco Catholic has compiled a snapshot of the rally, including events leading up to it, and reaction following it.

[Editor's Note: If the Storify story below does not appear immediately, refresh the page.]

Politics | Recapping the 'Forward on Climate' rally in D.C.