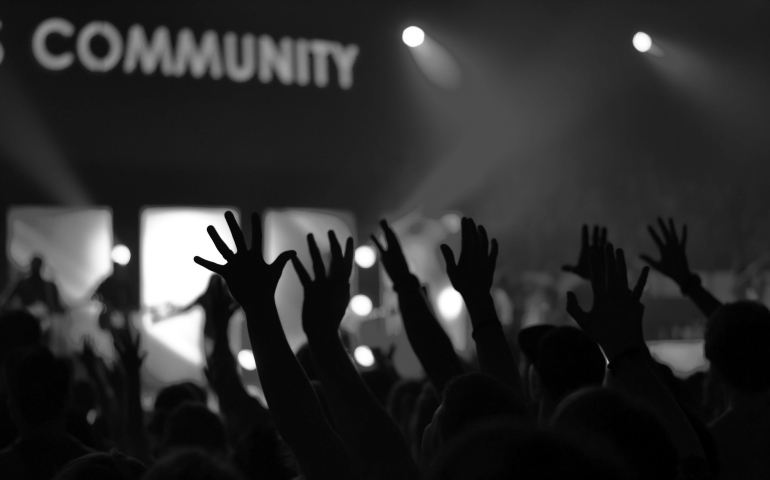 Well, last week was a terrible-awful-no-good-week in Lake Woebegone -- my home country.

We are hurting, hurting, hurting. In St. Paul, Minn., a suburban police officer killed 32-year-old Philando Castile, a black cafeteria worker, during a traffic stop for a broken taillight. Castile's girlfriend witnessed the shooting and posted video footage on Facebook as her 4-year-old daughter sought to comfort her.

Alton Sterling, a black man from Baton Rouge, was summarily shot after two white police officers pinned him down on the pavement. In Dallas, a black U.S. veteran of the Afghanistan war opened fire with his assault rifle as if in some cruel carnie shooting gallery, except that the sitting ducks weren't the revolving yellow plastic kind. They were white police officers, five of whom died, while seven others were wounded.

It is a supreme irony that the Dallas officers were protecting peaceful Black Lives Matter citizens demonstrating against police killings in Baton Rouge and St. Paul.

Is this nuts or what?

And that's not even getting to the bitter incivility of the presidential campaigns. (I'll save that for another time.)

It got so bad that this news junkie just didn't want to watch the news anymore. So I turned off cable TV and shut down Facebook and Twitter to process what was happening in my
country -- and in my soul.

It isn't pretty. I had to face up to my fear that we're all going to hell in a hand basket. Decades of coalition work for civil rights, for peace, for justice, for racial harmony, all down the tubes. Our nonviolent ideals totally shot to hell by violence.

So I did what I often do when I'm feeling that depressed. I listened to a few favorite Scripture songs by Medical Mission Sr. Miriam Therese Winter. The first, on her album "Remember Me," is from the Easter Exsultet:

This is the night, when God delivered our forefathers from their chains, led them dry shod through the sea, out of slavery. Free your people once again!

Oh right, I'm a believer. God is more powerful than sin. I have experienced this in my life. Now is not the time to forget that Love is stronger than death.

White people need to be aware of our white privilege. Most of us grew up respecting police officers, while our black sisters and brothers grew up being afraid of them.

We need to listen and try to understand cultural realities different from our own. It is well documented that our criminal justice system favors whites, who are far less likely to be arrested or incarcerated than blacks for committing the same crimes.

Last Sunday, I was encouraged by a panel discussion on "Meet the Press." Georgetown University Professor Michael Eric Dyson, Washington Post columnist Eugene Robinson (both black) and Republican strategist Mary Matalan and Washington Post columnist Michael Gerson (both white) had a frank, impassioned exchange about the complex racial issues facing us. The following transcript is a sampling:

Dyson: It is an unconscious, if you will, inclination to see that black person differently, through a different prism, to have greater fear. ... Let me give you an example. On the internet right now is a white guy, going ham, crazy, beating up, striking out with a machete. And the white police allow him to leave the door of the establishment and people say, 'Bolt the doors.' And these are two cops who could have killed him. Do you think that an African-American person wielding a machete would have been granted that kind of civility? No.

Gerson: Yeah, I think we're discovering more broadly that our biggest need at this moment is empathy across our deepest divisions. That's what allows a diverse country and multi-ethnic country to be peaceful and unified. And empathy is most powerful, most effective when you apply it to your own, when you apply it to your own community. So it's powerful when Black Lives Matter empathizes with the role of police officers. It's powerful when people in the white community understand that minorities experience our justice system different than we do and in ways that we would not tolerate.

I can tell you that this is not a conversation we would have had on national television in 1968. Maybe we are making some progress in peeling away the next layer of that pungent onion called systemic U.S. racism.

Meanwhile a priest friend, Fr. Doug Koesel, preached a brilliant homily from last Sunday's Gospel about the Good Samaritan: "The Levites are like the politicians," he said. "They are experts in the law: 'This man needs Obamacare,' says one. While another says, 'A balanced budget and building a wall between Jerusalem and Jericho would put an end to situations like this.' Both pass by the man lying on the road."

"Next come the priests. They are like our bishops," says Fr. Doug. "They encounter the man lying on the road and say, 'I know what his problem is -- abortion! Can’t you see it? It’s obvious.' 'No, that is not his problem,' said the second. His problem is gay marriage. It is ruining the fabric of our society. This man was attacked because of gay marriage.' And our bishops are not speaking out." said Fr. Doug sadly. "With their silence they pass by the man lying on the road."

A powerful bit of preaching just before the Republican National Convention descends on my city.

We are worried about the hateful rhetoric and violence that might engulf us.

One of my Congregation of St. Joseph sisters, Rita Petruziello, has created a Circle the City with Love campaign to witness empathy and peace before the convention begins.

We hope thousands will join hands across Cleveland's Hope Memorial Bridge next Sunday afternoon. "We want to embody the power of love that brings peace and justice to our city at this important moment in history,” Sister Rita explains.

I plan to be there. It seems like the least an aspiring Samaritan can do.