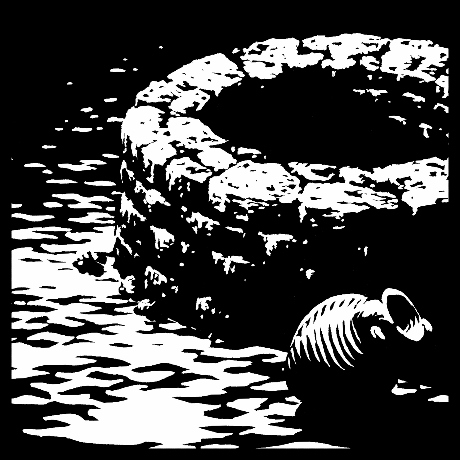 Last Sunday the Gospel about Jesus and the Samaritan woman (John 4:5-42) was proclaimed at my parish. (We used the reading from Year A since we have six people entering the church. Other parishes may have used the Year C Gospel, Luke 13:1-9).

This reading overflows with good news that "true worship" is not found in any building or cult but in the hearts of believers who worship God "in Spirit and in Truth."

Rather than highlight the Samaritan woman's inspired missionary leadership, preachers too often rant that she was a five-time divorcee before Jesus saved her from a dissolute life of sin.

This is so wrong on so many levels it's hard to know where to begin.

I'm grateful that the deacon preaching at our parish Mass focused on an interpretation favored by New Testament scholar and Immaculate Heart of Mary Sr. Sandra Schneiders. She points to Israel's use of spousal metaphors to describe God's passionate, covenant love for the chosen people. Samaritans had strayed from monotheism and episodically worshipped other gods. Schneiders suggests that Jesus was speaking metaphorically about Samaria's infidelity -- pointing out that Samaria's current "husband" was not a source of living water for the people.

While different scholars have offered numerous interpretations of this puzzling text, there is no real consensus. There are historical contradictions, however, that make taking it at face value a dubious enterprise at best.

This is because in first century Palestine, a woman could not initiate divorce except in extremely rare circumstances. Therefore the Samaritan woman's five former husbands must have either divorced her or died. This would have spelled disaster for her since women relied on the patriarchal household to survive.

Whatever else she may have been, the Samaritan woman was not a profligate divorcee.

While Jesus at first affirms the woman's reply that she has no husband, he then enigmatically implies that she does have one. But before branding her as a harlot or adulteress, we would be wise to remember that Roman marriage laws stipulated only the freeborn could marry, and then only to another freeborn person. This excluded from legal marriage the millions of freed persons (former slaves) who populated the empire. Living as a concubine could have been the Samaritan woman's only option if she and her "husband" were both freed persons, or if one was freeborn and the other freed.

While we will probably never know the exact historical circumstances underpinning the Samaritan woman's domestic situation, it is clear that Jesus paid no attention whatsoever to social mores that diminished women.

Biblical scholar Jerome H. Neyrey spells out in detail just how unconcerned John's Gospel is about female propriety: "In John 4, all social taboos customarily separating males and females into separate worlds are systematically recognized, but broken and transformed. This upsetting of cultural taboos, moreover, is conscious and intentional; it constitutes an essential part of the author's communication."

What are the social taboos that are "broken and transformed" by the text?

First, a solitary Samaritan woman approaches Jesus at a public well at the wrong time of day. Since village women normally drew water only at dawn and dusk, a woman appearing alone at noon would have been considered improper. Jesus speaks to her and a lengthy conversation ensues. The woman herself remarks on Jesus' impropriety. Jews disliked and shunned Samaritans and it was considered inappropriate for men to speak to women outside their kinship circles in public.

But Jesus is not deterred.

Second, when Jesus asks the woman to call her husband, Neyrey notes, "[She] went into the village marketplace where all the men are gathered. The narrative does not say 'marketplace,' but from our knowledge of that culture, we would be culturally accurate in imagining males gathered together in an open-air space, such as a marketplace. ..."

The message is clear. The Samaritan woman is as far removed from the proper matrona ideal of Greco-Roman culture as anyone could imagine.

And yet she exhibits remarkable theological acumen sparring with Jesus over where true worship is found. Unlike the respected rabbi, Nicodemus (John 3), who meets secretly with Jesus at night and departs still doubting, the Samaritan woman meets him in broad daylight and departs a true believer. John's Gospel portrays her as the privileged recipient of Jesus' self-revelation as "Messiah" and the great "I Am" hearkening back to Moses pointing to Jesus' oneness with the divine. On her word, "Many of the Samaritans of that town began to believe in him ..." (John 4:39).

This text is the longest conversation Jesus has with any woman in all four Gospels. Many scholars believe a female missionary probably evangelized Samaria and there were many Samaritan members in the diverse community for whom John's Gospel was written.

For John, the Samaritan woman represents the consummate "outsider" who, after her transformative encounter with Jesus, becomes not only an "insider" but also a leader, publicly proclaiming Jesus the Messiah to both men and women via village communication channels. Along the way the narrative deliberately highlights and then discounts stereotypical female behaviors to which she does not conform. Yet her non-conformity presents no obstacle to her acceptance and subsequent leadership in Jesus' kinship network.

For me, the most compelling piece of "good news" in this passage is that the Samaritan woman's search for true worship comes to fruition in her lengthy dialogue with Jesus.

In the encounter not only is she changed, but so is Jesus.

Her joyful embrace of Jesus' teaching slakes his hunger to fulfill God's will "on earth as in heaven." "I have food to eat that you don't know about," says a re-energized Jesus, rejoicing that God's harvest is indeed vast (John 4:32-38).

The woman's search for true worship "in Spirit and in Truth" is at last fulfilled. Jesus recognizes that he did not sow the hunger for God that already existed within her. But he did reap what another had sown. As for the Samaritan woman, she now joins a group of sowers and reapers "gathering crops for eternal life" (John 4:36).

And what about us?

Where do we find true worship?

Where do we gather crops for eternal life?